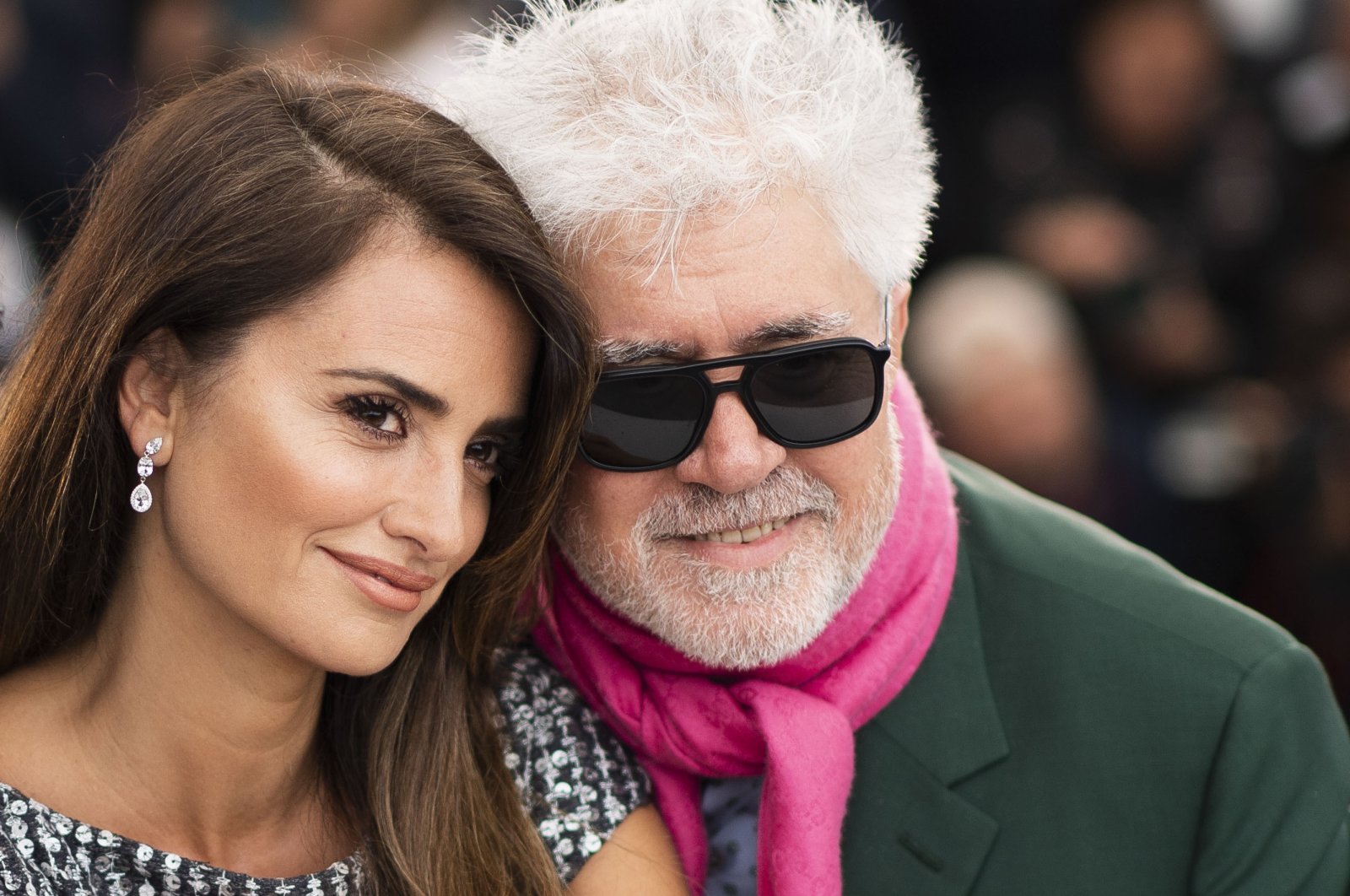 Actress Penelope Cruz (L) and director Pedro Almodovar pose for photographers at the photocall for the film "Pain and Glory" at the 72nd international film festival, Cannes, southern France, May 18, 2019. (AP Photo)
by REUTERS Jul 27, 2021 9:55 am
RECOMMENDED

Pedro Almodovar's "Parallel Mothers,” Jane Campion's "The Power of the Dog" and Chilean director Pablo Larrain’s “Spencer” are among the 21 films vying for honors in the main competition of the 78th Venice International Film Festival.

The world's oldest film festival, regarded as a showcase for Oscar contenders as awards season approaches, hopes to welcome back Hollywood celebrities this year after a scaled-down 2020 edition. It will commence on September 1 and run until September 11.

New Zealand filmmaker Campion, known for "The Piano," will present her drama starring Benedict Cumberbatch as a sadistic ranch owner who launches a campaign against a young widow, played by Kirsten Dunst, in 1920s Montana.

A Netflix production, "The Power of The Dog" had been invited to screen out of competition at the Cannes festival but opted instead for Venice, which unlike its French rival does not demand a theatrical release for films vying for the top prize.

Spain's Almodovar reunites with one his favorite actresses, Penelope Cruz, in "Parallel Mothers," while "Spencer," the big turn of Kristen Stewart as Diana, centers on a weekend in the early 1990s when Diana decided to separate from Prince Charles.

The main competition also includes Maggie Gyllenhaal's directorial debut "The Lost Daughter," based on an Elena Ferrante novel, and the "The Hand of God" by Paolo Sorrentino – one of five Italian titles seeking to scoop up the Golden Lion top award.

Festival director Alberto Barbera hailed the return to the Lido waterfront of "of U.S. studios and of A-list stars who last year were a little wanting."

He told a virtual news conference the quality of films this year was higher than usual, and the line-up featured several films lasting three hours or more, some disturbingly violent scenes and many stories with strong women characters.

"It's as if the pandemic helped stimulate creativity all around," he said.

With contagion rates on the rise again, anti-COVID restrictions imposed last year will remain in place, including the capacity of festival theaters, which has been halved to 4,000 viewers.