Documentary to introduce history of Turkish coffee in Ukraine 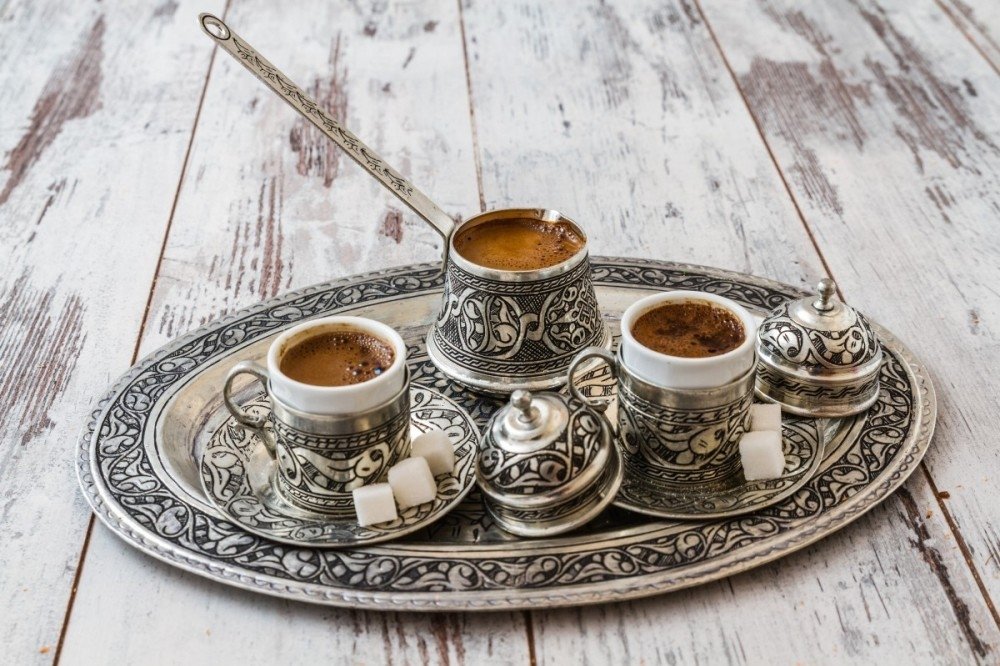 Turkish coffee is served in a copper pot and traditional cups. (Sabah File Photo)
by Anadolu Agency May 24, 2021 2:01 pm
RECOMMENDED

A Ukrainian national television channel visited the Safranbolu district of northern Turkey’s Karabük province to promote Turkish coffee to its viewers. Filming the Turkish Coffee Museum, which opened two years ago in the district, the TV channel’s team will prepare an introductory documentary on the history of this drink in Anatolian lands.

Recognized by UNESCO as a World Heritage Site, Safranbolu is home to one of the most visited museums in Turkey. The Turkish Coffee Museum in the district sheds light on the 500-year-old history of Turkish coffee, which is one of the most preferred drinks in the country.

Prepared by Semih Yıldırım, who is known for his experimental coffee brewing, the museum uncovers the history of coffee beans all the way back to when they were first introduced in the Ottoman Empire and different ways to drink and present the coffee around Anatolia.

In the museum, coffees are made authentically according to the varied ways they are prepared in different parts of Anatolia and are served to visitors. The museum exhibits 100 to 150-year-old Turkish coffee pots, cups, hand mills, roasting pans, scales, wooden spoons and sugar containers. Anatolian coffee types such as burçak, zingarella, tarz-ı hususi, mırra, hilve and dibek take visitors on a pleasant journey with their fragrances in the museum.

Netudykhatkin told Anadolu Agency (AA) that their team was warmly welcomed in Safranbolu. Stating that coffee has a very important place in Ukraine. "The aim of our project is to tell the story of Turkish coffee in Ukraine. It is exciting for us to be here. We saw a variety of coffee cups and mills in the museum,” he said.

He stated that Safranbolu was an important experience for them and that they learned a lot about coffee at the museum.

The founder of the museum Yıldırım also explained that Ukrainian television contacted them to make a program. He said that the Ukrainian team both promoted Safranbolu and the museum and received information about Turkish coffee. “We are honored to host them,” he added.