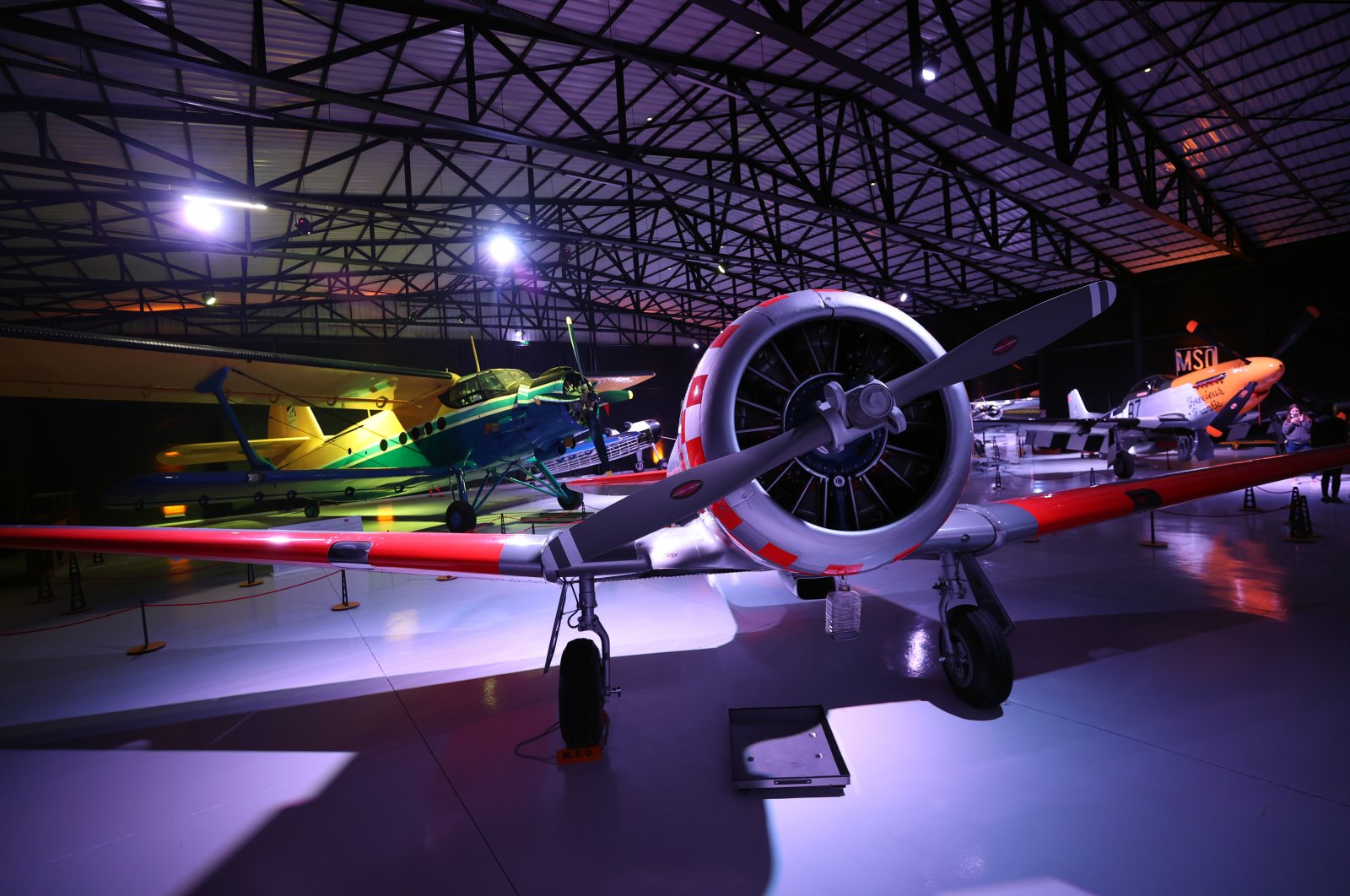 The M.S.Ö. Air and Space Museum in Eskişehir's Sivrihisar district has become one of the most interesting attractions in town – particularly for film enthusiasts – as its wide inventory of aircraft includes many planes and helicopters that have starred in beloved movies, and its fleet has recently been expanded with new additions.

Approximately 94 kilometers (58 miles) from Eskişehir, the M.S.Ö. Air and Space Museum was established in 2018 as a single hangar in an 800-square-meter (8,611-square-foot) area as part of the Sivrihisar General Aviation Center's Necati Artan Facilities.

Over the course of three years, its exhibition area, where various aircraft and engines are showcased, has expanded nearly three times. Today, the museum has spread to three hangars in a 2,340-square-meter area, and three planes and a helicopter were recently added to its aircraft catalog.

Among the most notable pieces of the museum stands the Bell UH-1H helicopter, which was used in active duty during the Vietnam War. More recently, the helicopter was used in director Guy Ritchie's latest film "Five Eyes" starring Jason Statham, which was shot in Turkey.

Another piece is the P-51D Mustang that was used during World War II. It has starred in several famous war flicks including "Saving Private Ryan," "Memphis Belle," "Empire of the Sun," "Hart's War" and "Fury."

There is also a Tiger Moth that was featured in the 1996 movie "The English Patient," winner of nine Academy Awards, and a Boeing-Stearman A75N1 (PT-17), which is the oldest flying aircraft in Turkey.

The museum also houses various other aircraft including a Cessna 195 A, a T-6G Texan, a Douglas DC-3, an Antonov AN-2, a Fouga CM. 170 Magister and Supermarine Spitfire planes – alongside aircraft engines, microlights and ultralights.

Senan Öztürk, the head of the Sivrihisar International Sportive Aviation Center's organizing committee, said they are steadily expanding. “The Antonov AN-2, Cessna 195 A and Tiger Moth planes and the Bell UH-1H helicopter recently joined our inventory.”

“Our Tiger Moth plane was like one of the leading actors from the movie 'The English Patient,'" Öztürk told Anadolu Agency (AA). “Our UH-1H helicopter, on the other hand, was shot down in Vietnam, it took its current shape after its parts were reassembled. It featured in some of the scenes in the movie 'Five Eyes' directed by Guy Ritchie and starring Jason Statham.”

One of the most important features of the museum, according to Öztürk, is the fact that almost all their aircraft can actually fly, and visitors can experience flying with these historical beasts.

Öztürk touched upon the global COVID-19 pandemic as well, saying that the museum was closed due to the related measures, "We welcome everyone when our conditions return to normal. Sky lovers and anyone who wants to see planes up close can visit our museum when the pandemic is over.”