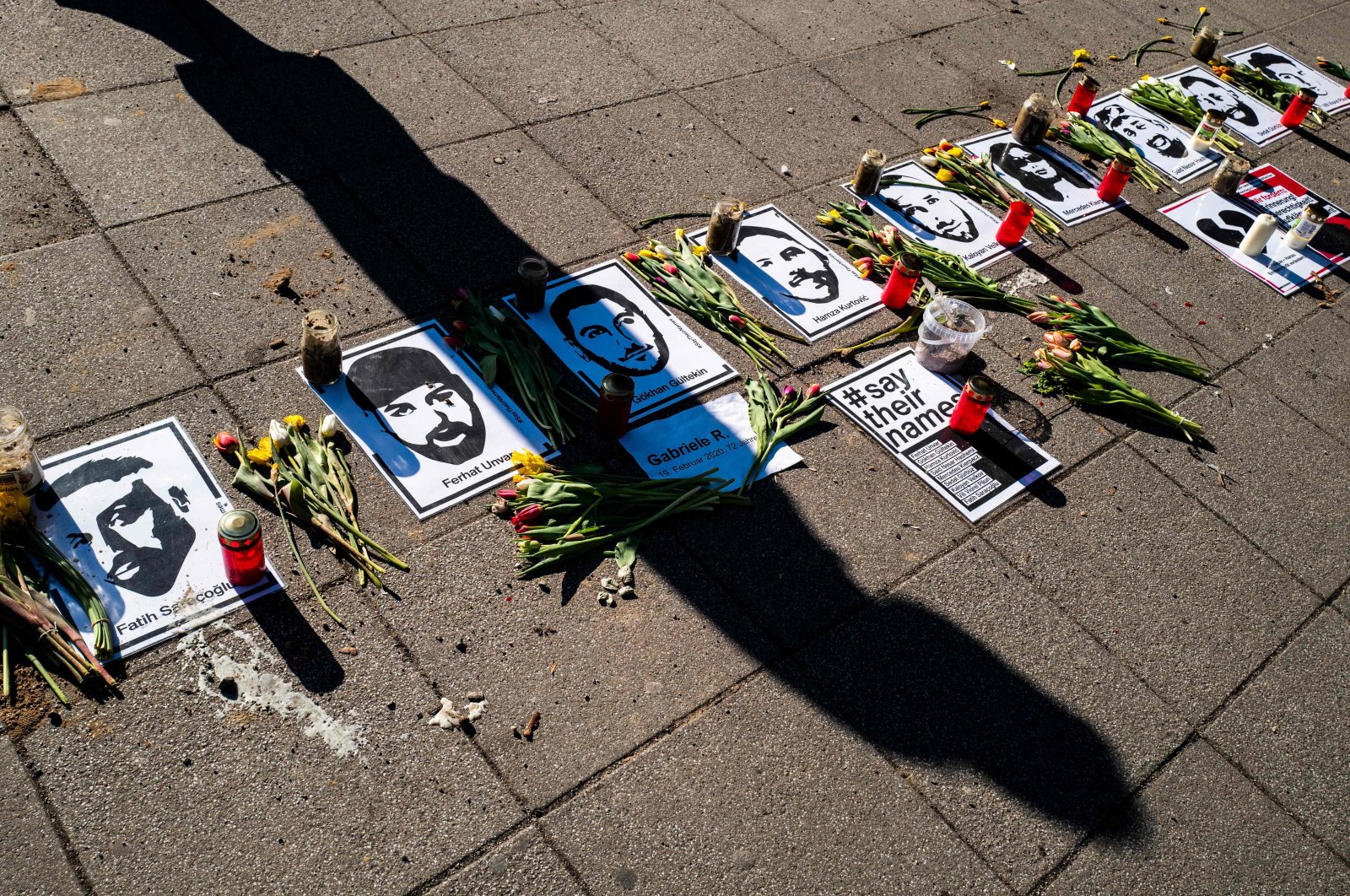 A passer-by casts a shadow on a makeshift memorial commemorating the nine victims of the deadly 2020 Hanau terrorist attack in front of a shopping mall in Berlin, Germany, March 2, 2021. (AFP Photo)
by German Press Agency - DPA Mar 27, 2021 2:01 pm
RECOMMENDED

A film portraying the racially motivated Hanau attack from the perspective of the perpetrator, who gunned down 10 people in the town near Frankfurt last year, has drawn outrage from the victims' relatives, who are pushing to stop its release.

Armin Hamza Kurtovic, whose son Hamza was among the victims, told Der Spiegel magazine, "I will do everything to prevent (director Uwe) Boll's fantasy about right-wing perpetrators from being burned into the minds of German viewers as the true fate of my son."

Çetin Gültekin, whose brother Gökhan was among five Turks killed in the attack, said, "In my eyes, he kills my brother a second time with this slur."

"He didn't ask our permission. He is not allowed to do that. He has never been here," said the mother of Sedat Gürbüz, another victim.

"Nobody in Hanau wants this unspeakable film. Not the relatives, nor the political bodies, nor society," Hanau Mayor Claus Kaminsky was quoted as saying by Der Spiegel. "Together we will pull out all the stops to prevent broadcasting."

On Feb. 19, 2020, a far-right terrorist identified as Tobias R went on a rampage, targeting nine people of foreign descent before killing his mother and then turning the gun on himself.

Boll said he would have still realized his film, which is already in post-production, even if the victims' families had had the opportunity to veto it. "The relatives who want to see this film, as painful as it is, will welcome it in the end. I'm sure of that."

In mid-March, the city of Hanau and the victims' families had called on the director to cancel the project in an open letter.