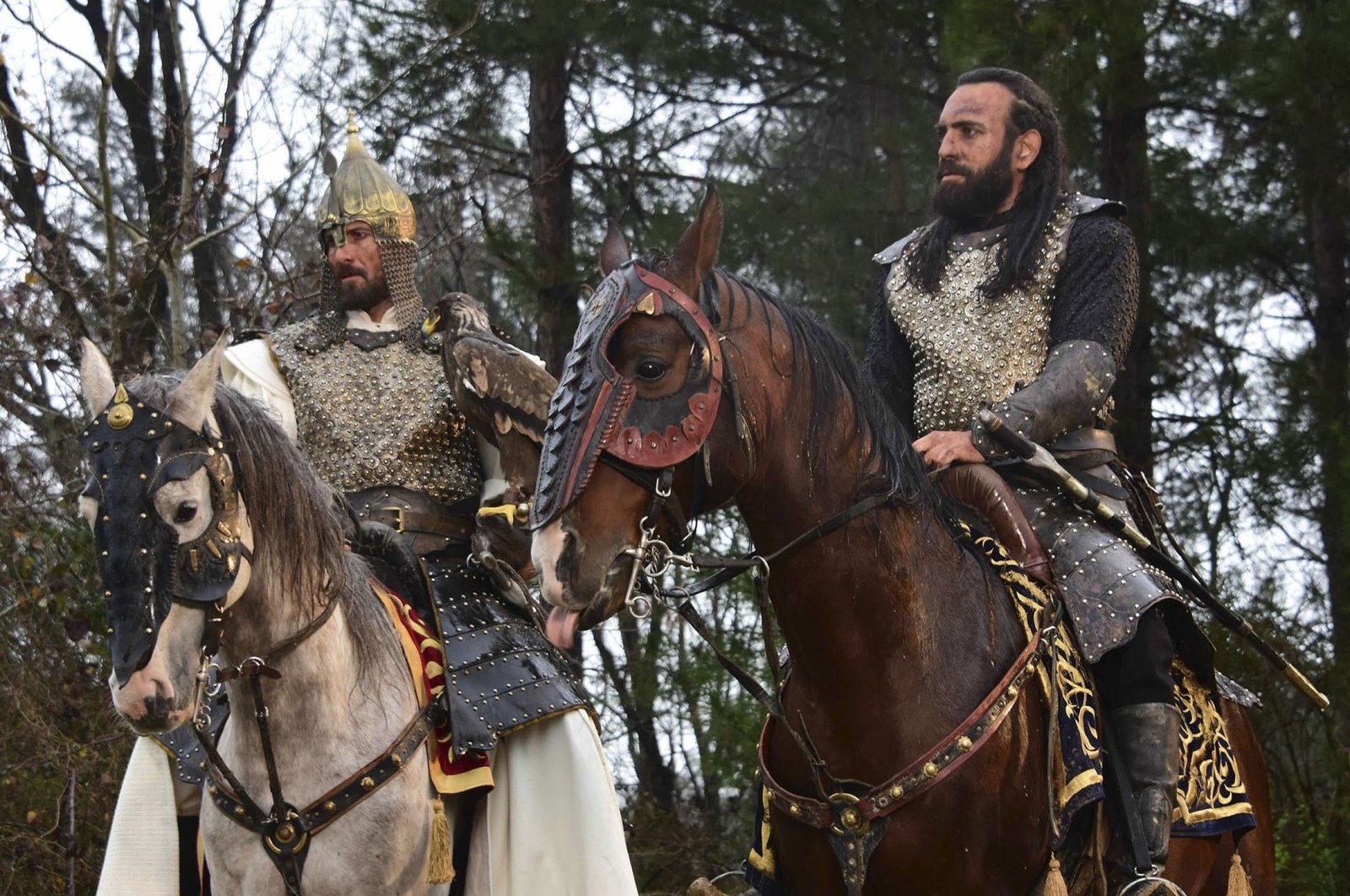 Turkish TV series based on the legendary accounts of historical figures from the Ottoman and Seljuk Empires seem to have struck a particular cord among Bangladeshis, as the most motivated by the mega-series have developed a huge interest in the Turkish language and culture.

"I am a Bengali dubbing dialogue writer of some Turkish mega-serials, and I have learned the language through my own efforts,” Zannatul Ferdous, a senior dubbing scriptwriter at Bangladeshi private channel Deepto TV, told Anadolu Agency (AA).

Ferdous said she had been impressed by the fascinating Turkish mega-serials based on the country’s golden past and history of struggle.

"Turkey is a perfect example of a civilized culture which has gained advanced knowledge in all forms of arts such as crafts, painting, architecture, literature, music, film and media. I am mesmerized by their presentation of art,” she added.

Pointing to some mega-serials including "Kösem Sultan," "Vatanım Sensin" and "Fatmagül," Ferdous said Turkey has also made some high-quality historical mega-serials like "Diriliş Ertuğrul" and Bangladesh is a huge market for Turkish films.

"I definitely wish not only to visit the country but also to explore the culture and to be educated in Turkish crafts and music,” she said.

Like Ferdous, tens of thousands of Bangladeshis, especially young people, are interested in the Turkish language and culture, motivated by the mega-serials.

Private broadcaster Channel I has been telecasting the mega-serial "Yunus Emre" dubbed in Bangla, while several seasons of "Diriliş Ertuğrul" also dubbed in Bangla were aired by two other private stations – Ekushey TV and Maasranga TV – earning record popularity.

"Eyvallah,” "Bey,” "Hey Mashallah,” "Abey” and many similar words are now very popular among Bangladeshis across the country.

Amid the global coronavirus pandemic, Turkish traditional greetings to each other by putting one's right hand over one's chest have become massively popular in Bangladesh to maintain social distancing.

"Not only as a Muslim, but also as a good human being, I am impressed by the Turkish movies and mega-serials to learn the lessons of honesty, punctuality, humanity and boldness against oppressions,” Tahmid Taki, a university student in the capital Dhaka, told AA.

Many Bangladeshis who are fond of Turkish movies and mega-serials are now also familiar with Turkish foods like baklava, lokum, börek and boyoz and many people here are planning to visit Turkey to see the memorials of the Sultanate.

Speaking to AA, Soroj Mehedi, who teaches Turkish at Dhaka University, said that interest in the Turkish language and culture has risen rapidly in Bangladesh in recent years.

"Most of the students and others who come to us to learn the Turkish language are doing this just due to their love and passion for Turkish golden history and their bold role in the contemporary world in support of humanity and oppressed Muslims,” Mehedi said.

He said a very limited number of Bangladeshis learn Turkish for professional reasons.

Mehedi added that currently around 20 students are learning the Turkish language from his institute under a one-year course, and on average, 15-20 students get admission to the institute to learn Turkish every year and most of them do it just for their love of Turkey.

"A huge number of Bangladeshi youths, including university students, are learning Turkish by watching the mega-serials,” he said.

Mehedi noted, however, that the popularity of the Turkish language must be increased if the Turkish job market in Bangladesh is to be extended.

Turkey and Bangladesh have set a target to boost bilateral trade to $2 billion from the current volume of nearly $1 billion.

Turkish Ambassador to Bangladesh Mustafa Osman Turan told AA that the Turkish series have captured the hearts and minds of many people in Bangladesh.

"The historical Turkish dramas are particularly relevant for Bangladeshi audiences due to our shared history and culture, which dates back to the 13th century,” Turan said.

Referring to the historic bonds between Bangladesh and Turkey, he added that "perceptions are changing positively, and a great deal of curiosity and desire to visit Turkey and learn more about its history, culture and society have been generated.”