Burak Özçivit: Founder of Ottoman Empire in ‘The Ottoman’ 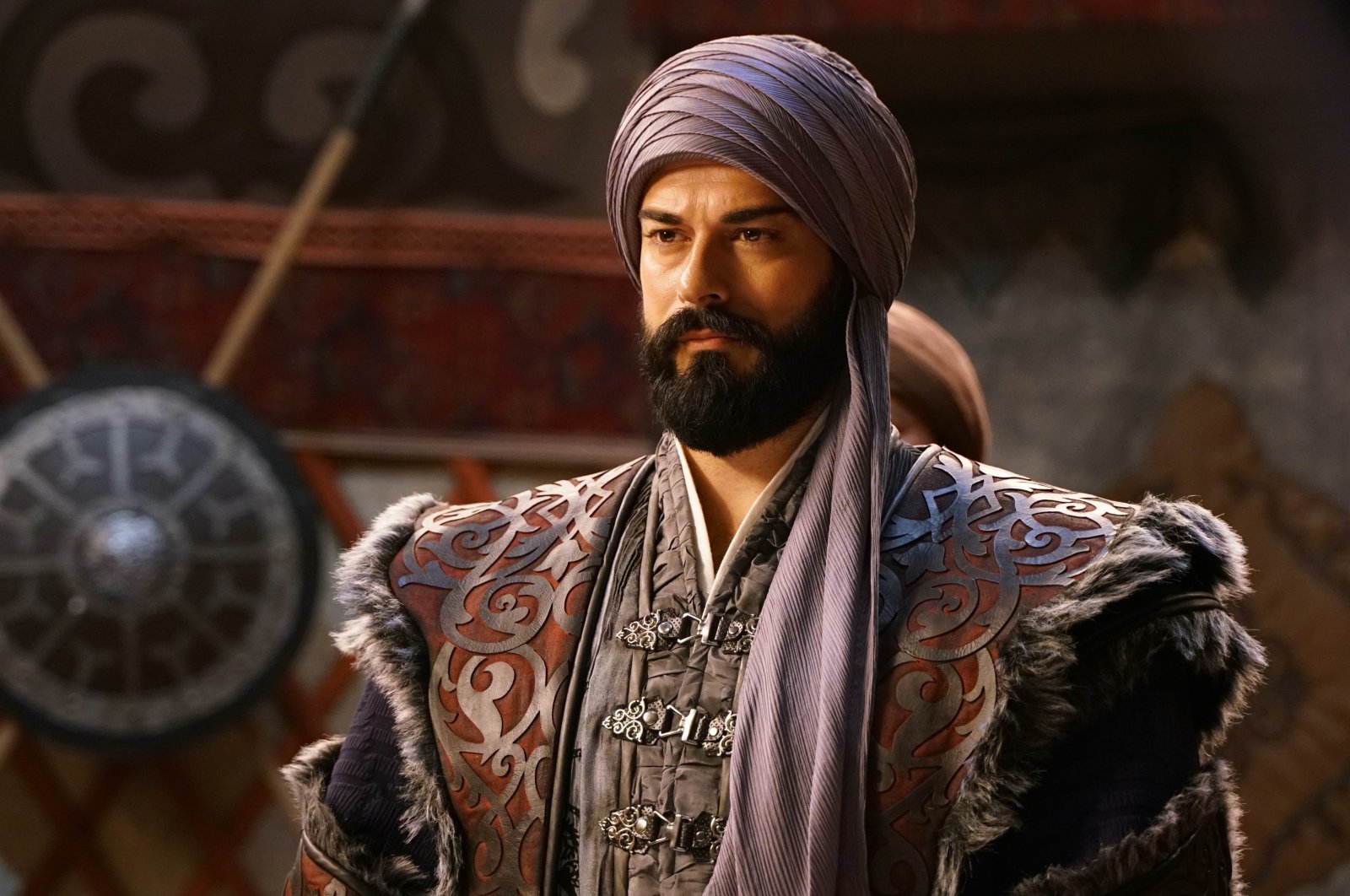 Özçivit, a notable Turkish model who stepped into the world of acting, has become even more popular lately with his role as Osman I, the founding father of the Ottoman Empire, in the series "Kuruluş Osman"

Model-turned-movie stars have not been rare in Turkish cinema. After the theatrical period of cinema, Turkish filmmakers, who were yet cinema amateurs, began looking for young people who were extraordinarily good-looking to star in their movies to attract more moviegoers, who were not interested in artistic quality. The plan worked, and new actors were recruited by the producers via model contests. After that, it became a tradition of commercial Turkish filmmaking to produce not only scripts, settings, costumes and motion pictures, but the actors as well. Many Turkish movie celebrities had no proper drama education of any sort.

The TV adopted the cinematic tradition, and once more the producers – who this time were directly showing their serials to the real wide-range public that included literally anyone and everyone watching the television – began recruiting people from all sorts of backgrounds as actors, including the usual cinema actors, famous singers, graduates of state or private fine arts academies, graduates of private drama schools and courses, amateurs, et cetera. But what about the looks? Since television is more superficial and competitive than cinema, producers all over the world reserve at least two empty seats for good-looking actors, preferably a couple, to keep their audience's attention on their show. In fact, the rise of the Turkish TV dramas in the global sense owes much to the choice of the leading actors, which has always had something to do with model contests traditionally.

In the 21st century, "Best Model of Turkey" and "Best Model of the World," two separate but interconnected model contests provided many male and female leading actors to the Turkish TV drama sector. Kenan Imirzalıoğlu (1997 winner), Kıvanç Tatlıtuğ (2002 winner) and Burak Özçivit (2005 winner) have been sweeping the ratings for years. Unlike their peers, these model-turned-TV-stars have easily adapted themselves to the transformation of TV dramas, from country comedies to love triangle dramas, from intriguing crime serials to historical dramas. The youngest one of the three, Özçivit has been playing Osman Ghazi, the founder of the Ottoman State, in the Turkish serial “Kuruluş Osman” (“The Ottoman”), the third season of which is going to begin in mid-September this year.

Özçivit was born on Dec. 24, 1984, in Istanbul to a middle-class family, who are originally from southeastern Turkey’s Gaziantep province. Özçivit has a sister named Burçun Deniz. He is married to Fahriye Evcen, another TV drama celebrity. The couple have a son named Karan.

Özçivit is a graduate of the photography department of the Marmara University Fine Arts Faculty. The "Best Model of Turkey" contest, which he joined twice, changed his life entirely. In the 2003 contest, he won the promising model prize. After the contest, he began to work for a modeling agency. In 2005, he rejoined the contest and won as the best male model, which helped his rise to fame. Özçivit worked as a model and participated in many fashion shows. He has also been the face of many fashion brands.

Özçivit’s debut role was Inspector Murat in “Eksi 18” (“Minus 18”), a 2006 crime series that was only nine episodes long. He continued his career with “Zoraki Koca” (“Accidental Husband”), directed by renowned Turkish actor and director Kartal Tibet, in 2007. The series was a 26-episode romantic comedy in which Özçivit played the extravagant playboy who fell in love accidentally.

Özçivit also took acting classes to improve his skills. He took part in “Musallat” (“Haunted”), a Turkish horror movie enjoyed by about 2 million people. Özçivit gained real fame after his role in “Küçük Sırlar” “(Little Secrets”), the Turkish adaptation of the American drama “Gossip Girl,” in 2008.

“Muhteşem Yüzyıl” (“Magnificent Century”) (2011-2014) was a great opportunity for young actors like Özçivit. He had the chance to improve his acting skills and gain more popularity with his role as Malkoçoğlu Bali Bey, a historical and heroic figure of the 16th century, in this series. He was liked as a historical hero, which explains his success as Osman Ghazi in “Kuruluş Osman.”

Özçivit has taken the leading role in “Kuruluş Osman,” which is expected to continue with the third season starting this September. The film is a freestyle interpretation of the historical events during the foundation of the Ottoman State at the end of the 13th century.

Osman Ghazi, also known as Osman I, who passed away in 1324, is considered the founding father of the Ottoman State by historians. Osman Ghazi was a charismatic warrior, a convincing political leader, and a man of vision. He inherited a beylik (principality) at the border of the Seljuk and Byzantine Empires from his father Ertuğrul Ghazi, a fictional account of his life was portrayed in the drama “Diriliş Ertuğrul” (“Resurrection Ertuğrul”) (2014-2019). He left a well-organized state to his son Orhan I.

Osman’s strategy at war was simple but hard to apply due to the complex situation of the Seljuk-Byzantine border: peace with Muslims, war with “the infidels.” This helped him enlarge his beylik and conquer many territories. However, the most significant side of Osman I was his preference to avoid wars. He reconquered Nicaea, after which he gained much fame all around the Muslim world. But more importantly, he was good at making peace. He prevented the pirating of conquered lands and reduced the taxes paid by the Christians. In spite of the conquests, the Christians were able to remain in their homelands for years, cultivating their agrarian society and only paying taxes on those lands.

Osman I won the hearts of people whose lands were conquered with a sword, never regarding the people of those conquered lands as the enemy upon winning the war. As for historians, the lands conquered by Osman Ghazi became richer compared to the times of Byzantine landlords. In short, Alparslan, the second Sultan of the Seljuk Empire, opened Anatolia for the Turks, but the leader to unite and own Anatolia's soil was Osman Ghazi.

The story of Osman Ghazi is successfully portrayed by Özçivit in “Kuruluş Osman.” The viewers witness Osman I defeat the powerful Mongol and Byzantine Empires as well as some internal enemies to defend his empire in the storyline.

The series attracts the attention of foreign viewers in addition to being a success in Turkey. Reaching millions of viewers in many different countries, "Kuruluş Osman" is being aired in many countries such as Pakistan, Bosnia Herzegovina and Indonesia.