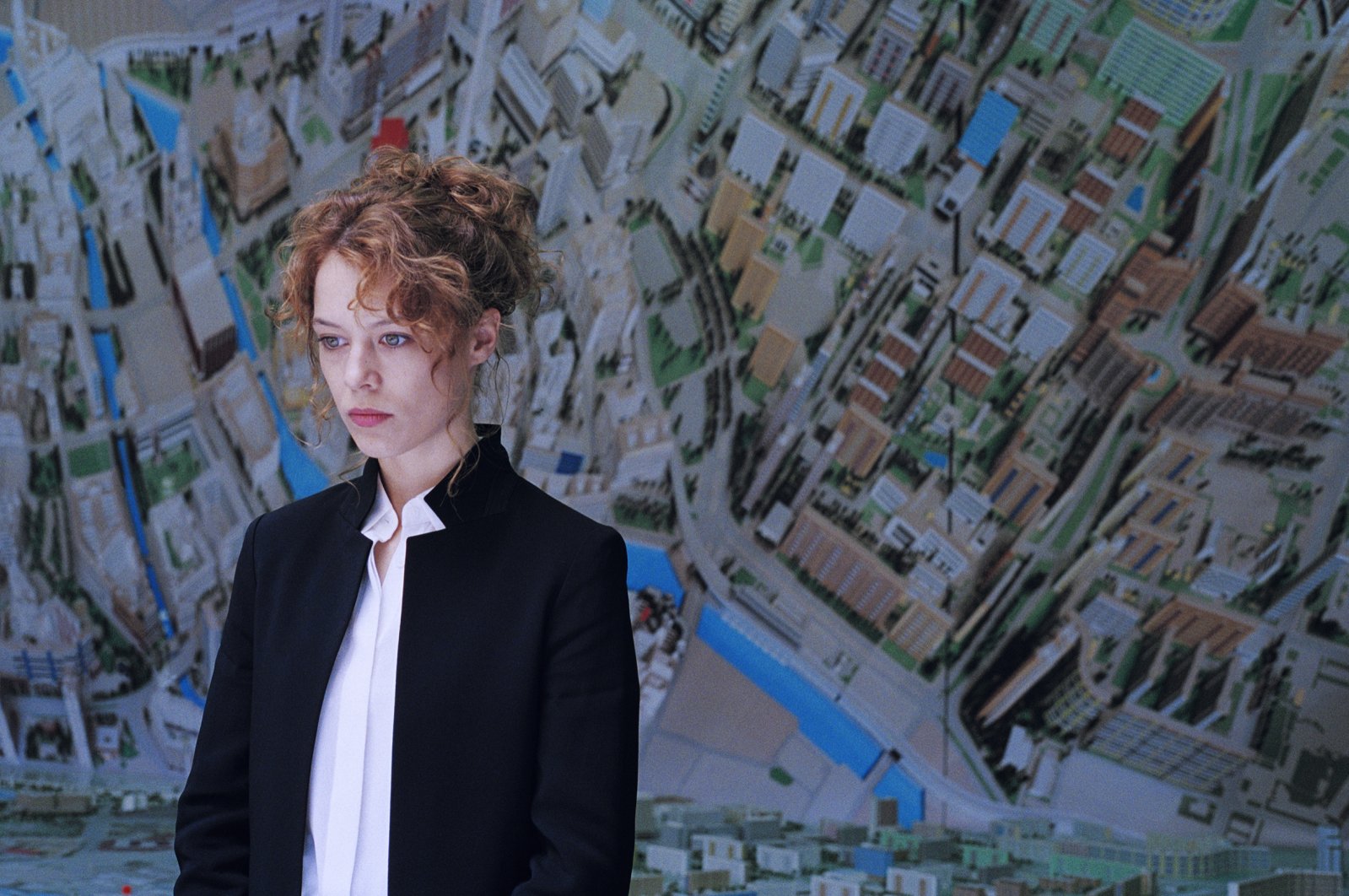 Istanbul Modern's Cinema is continuing its online programs with a new selection focusing on the concept of inspiration. “Muses” opens with six movies depicting the arrival and disappearance of inspiration, available between June 18-30.

Among the fictional and documentary films to be screened as part of the program are “My Rembrandt,” “Shirley,” “Talking About Trees” and “Undine.” In addition, making its premiere in Turkey is “Boom For Real: The Late Teenage Years of Jean-Michel Basquiat,” which focuses on the pre-fame years of the American street artist who died in 1988 at the age of 27.

Each film will be available free of charge between the dates and times indicated in the program. An interview with Christian Petzold, the director of the opening film "Undine," conducted by film critic Engin Ertan and Istanbul Modern Film Curator Müge Turan will also be available throughout the entire event.

“Muses” kicks off with “Undine,” which competed at the Berlin International Film Festival, also known as the Berlinale, where it took best actress in a leading role and was recognized with an International Federation of Film Critics (FIPRESCI) award.

The German-French production takes viewers to contemporary Berlin and reinterprets the mythological story of the nymph Undine, who kills a man who cheats on her. In the movie, Undine is an art historian in a city museum lecturing on Berlin’s urban development. When the man she loves leaves her, she starts to represent all women who have been trapped within history. While Undine reveals the change of Berlin over time, the movie also shows how the concept of love has also changed – through a stylish and elegant love story.

Starring Paula Beer, Franz Rogowski and Maryam Zaree, “Undine” can be viewed between June 18 and 20.

The screening program continues with Josephine Decker’s “Shirley,” which is based on the biography of writer Shirley Jackson, who died in 1965 at the age of 48. She is known for her horror stories set in North American towns.

In the movie, Shirley wants to write her new novel about a missing student. But she has some trouble writing her story, and this situation event triggers her agoraphobia. Just then, her professor husband invites her assistant and his wife, Rose, to their home. During this visit, Shirley finds inspiration with Rose and decides to make her the subject of her new novel.

Starring Elisabeth Moss in the role of Shirley, the movie had its world premiere at the Sundance Film Festival in 2020. Martin Scorsese serves as an executive producer and the production can be screened between June 24 and 26.

The third movie that the screening program will present to cinephiles is the documentary “My Rembrandt,” which looks at one of the most important painters in the history of art. The production reveals Rembrandt’s inspirational energy, which extends from museums to collectors and follows collectors who own paintings by the Dutch painter.

Rembrandt portraits have a distinct realism and a power that makes you feel like they're about to jump out of the painting at any moment. In tribute to the painter of such portraits, “My Rembrandt” appears as a very well-constructed documentary that traces the passionate people who spend their lives with the Dutch painter’s portraits. There is also a transnational race to buy a pair of Rembrandt paintings between the Louvre Museum in Paris and the Rijksmuseum in Amsterdam.

While the movie introduces us to the unique obsession with Rembrandt's works, it also reveals the drama and actors of the art world. Directed by Oeke Hoogendijk, the movie will be open to online access between June 22 and 24.

The next movie on the program is “Talking About Trees” depicting four filmmakers in Sudan who continue to draw inspiration from cinema even though the political regime prohibits it. Following its premiere at the Berlin International Film Festival, the movie received numerous awards at film festivals worldwide.

In the documentary, the cinema industry collapses after the military coup in 1989 Sudan. Films are banned and none of the movie theaters in the country can survive. Although cinema seems to be only a memory, four directors who shot films at the time refuse to accept it. In order to revive their film culture, the four buddies, who received their art education abroad, attempt to revive an abandoned open-air hall. They start free movie screenings in a place where the electricity is cut and the necessary equipment is not available. This poignant and witty documentary invites reflection on friendship and love of cinema while also presenting extracts from the films of these directors.

Cinephiles can view the production, which is directed by Suhaib Gasmelbari, between June 26 and 28.

'Why Are We Creative'

The fifth production was filmed over 30 years ago. Hermann Vaske’s “Why Are We Creative: The Centipede's Dilemma” is centered on a single question as one can understand from its title. The director documents the answer to this question on a journey from visual art to music, from literature to politics. This journey, which started as a personal quest and turned into a philosophical problem, brings together the most influential figures in the world at the end of the 20th and the beginning of the 21st centuries. It is a collage of various answers to this question from names such as David Bowie, Stephen Hawkins, David Lynch, Marina Abramovic, Yoko Ono and Ai Weiwei. The movie will be screened between June 20 and 22.

The last movie of the program, “Boom For Real: The Late Teenage Years of Jean-Michel Basquiat,” will be screened in Turkey for the first time. Director Sara Driver follows the pre-fame years of Jean-Michel Basquiat in a heartfelt homage to him. Spectators learn how the culture and art environment in the cloisters of New York, where he hung out as a homeless boy, shaped Basquiat and how he added to that scene.

While the production offers us a chance to learn about Basquiat from the point of view of his friends and partners – such as rapper Fab 5 Freddy, director Jim Jarmusch and graffiti artist Lee Quinones – it also shows him using archive photos. However, spectators never hear his voice, which adds an additional layer of mystery to his character. The movie commemorates a man whose art is still groundbreaking, one whose has accomplishments were achieved in a world unsympathetic to black people. It can be viewed online between June 28 and 30.