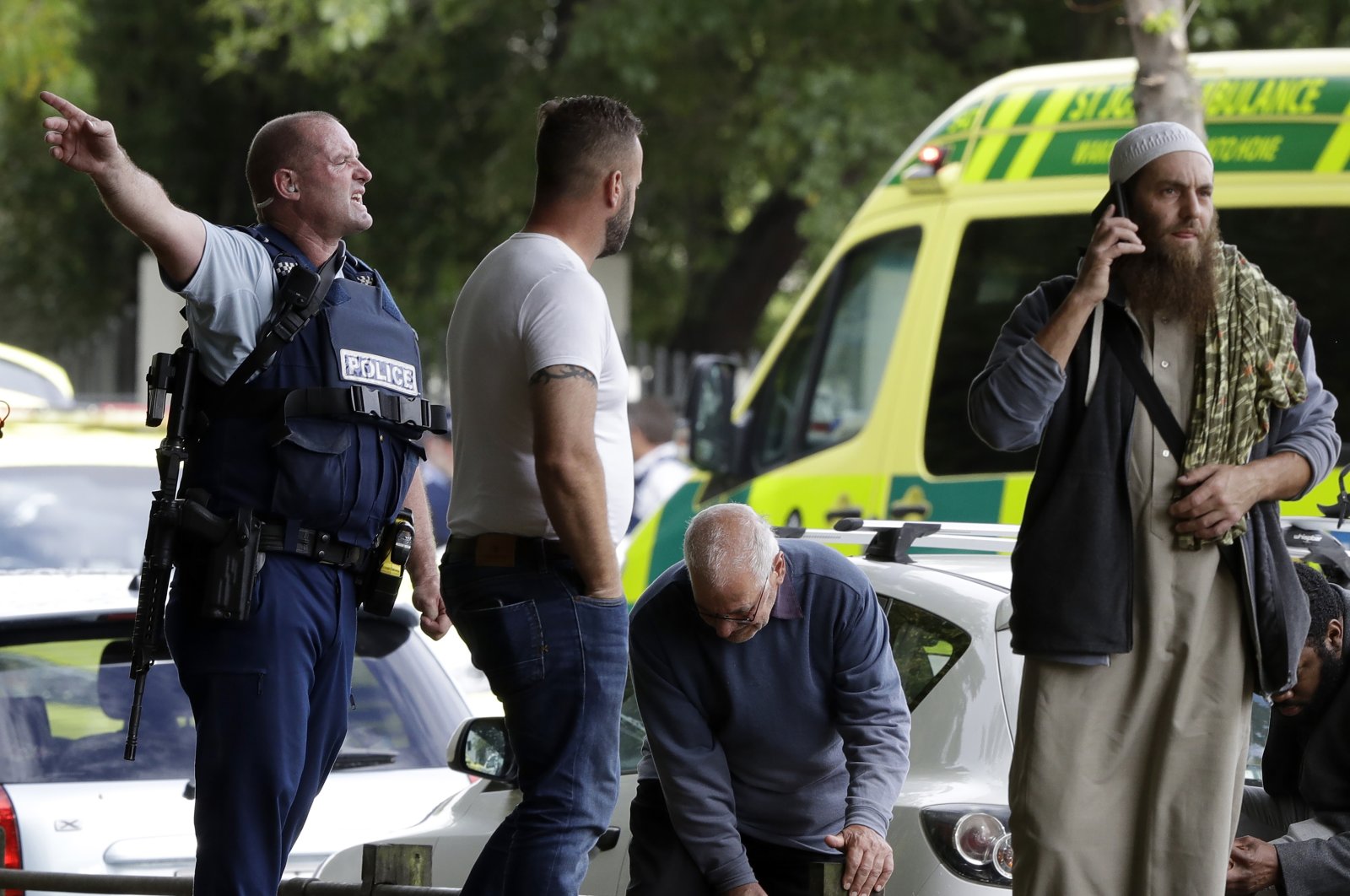 Police attempt to clear people from outside a mosque in central Christchurch, New Zealand, March 15, 2019. (AP Photo)
by Associated Press Jun 11, 2021 10:07 am
RECOMMENDED

It has been only two years since New Zealand lived through the deadly Christchurch attacks that saw dozens of Muslim worshippers killed in mass shootings at two mosques, and there are already talks in and around Hollywood about a potential movie focusing on the response of the island's prime minister instead of on the victims, which has drawn ire from many around the globe.

Hollywood news outlet Deadline reported that Australian actor Rose Byrne was set to play New Zealand Prime Minister Jacinda Ardern in the movie "They Are Us," which was being shopped by New York-based FilmNation Entertainment to international buyers.

The movie would be set in the days after the 2019 attacks in which 51 people were killed at two Christchurch mosques.

Deadline said the movie would follow Ardern's response to the attacks and how people rallied behind her message of compassion and unity, and her successful call to ban the deadliest types of semiautomatic weapons.

The title of the movie comes from the words Ardern spoke in a landmark address soon after the attacks. At the time, Ardern was praised around the world for her response.

But many in New Zealand are expressing concern about the movie plans.

Aya Al-Umari, whose older brother Hussein was killed in the attacks, wrote on Twitter simply "Yeah nah," a New Zealand phrase meaning "no."

Abdigani Ali, a spokesperson for the Muslim Association of Canterbury, said the community recognized the story of the attacks needed to be told "but we would want to ensure that it's done in an appropriate, authentic and sensitive matter."

Tina Ngata, an author and advocate, was more blunt, tweeting that the slaughter of Muslims should not be the backdrop for a film about "white woman strength. COME ON."

Ardern's office said in a brief statement that the prime minister and her government have no involvement with the movie.

Deadline reported that New Zealander Andrew Niccol would write and direct the project and that the script was developed in consultation with several members of the mosques affected by the tragedy.

Niccol said the film wasn't so much about the attacks but more the response.

"The film addresses our common humanity, which is why I think it will speak to people around the world," Niccol told Deadline. "It is an example of how we should respond when there's an attack on our fellow human beings."

Byrne's agents and FilmNation did not immediately respond to requests for comment. The report said the project would be filmed in New Zealand but did not say when.

Niccol is known for writing and directing "Gattaca" and writing "The Terminal" and "The Truman Show," for which he was nominated for an Oscar.

Byrne is known for roles in "Spy" and "Bridesmaids."