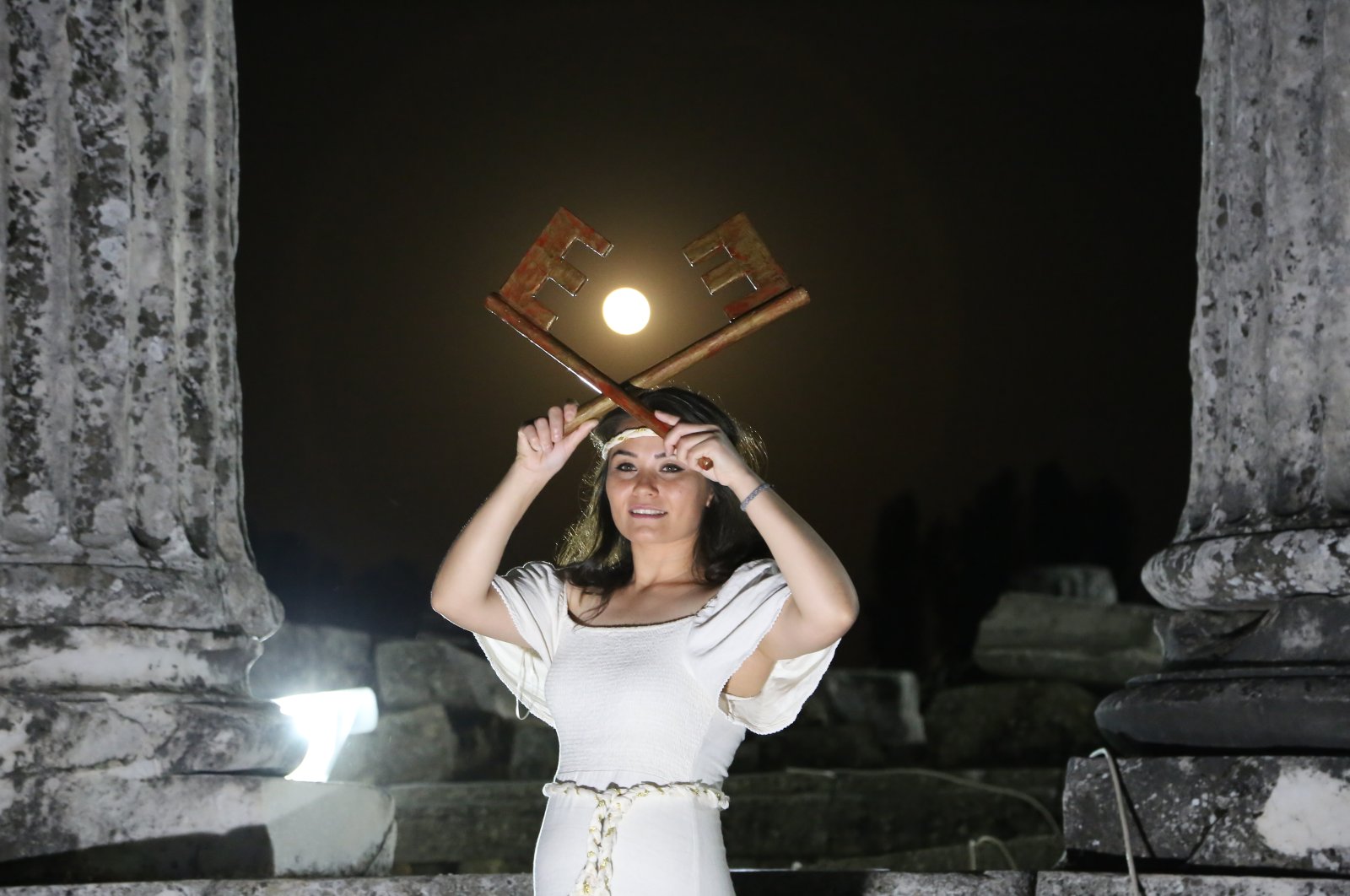 The actress portraying the goddess Hecate hold keys in front of the super moon at the Sanctuary of Hecate in Lagina, Muğla, southwestern Turkey, May 27, 2021. (AA Photo)
by Anadolu Agency May 27, 2021 10:41 am
RECOMMENDED

The ancient city of Stratonikeia, which is located in the modern-day Muğla province of southwestern Turkey, will be introduced to the public through an exclusive documentary film. Supported by the Ministry of Culture and Tourism, the filming of the documentary has started in Muğla’s Yatağan district.

Stratonikeia, which is known as the “city of gladiators,” was home to many historical civilizations. Influenced by the Hellenistic, Roman, Byzantine, Anatolian beyliks (principality), Ottoman and Republic periods, the ancient site was included in the UNESCO World Heritage Temporary List in 2015.

The first scene of the documentary was shot under the super moon at the 3,000-year-old Sanctuary of Hecate in Lagina, which is the religious center of Stratonikeia. It pictures the goddess Hecate entering the sanctuary while holding keys in her hands.

The director of the movie Ertuğrul Karslıoğlu said that they started their film project last month with the support of the Ministry of Culture and Tourism General Directorate of Cinema.

Noting that Stratonikeia is a living city of history and culture, Karslıoğlu said: “The city features a cumulative cultural heritage. It is an amazing place for Yatağan tourism.” He stated that they are continuing filming with great pleasure and happiness and that they are not feeling worn out despite working day and night.

Although the completion date for the project is set for November, the director said that their goal is to complete the documentary before October. The documentary team is planning to make the first screening of the documentary at the ancient theater in Stratonikeia.