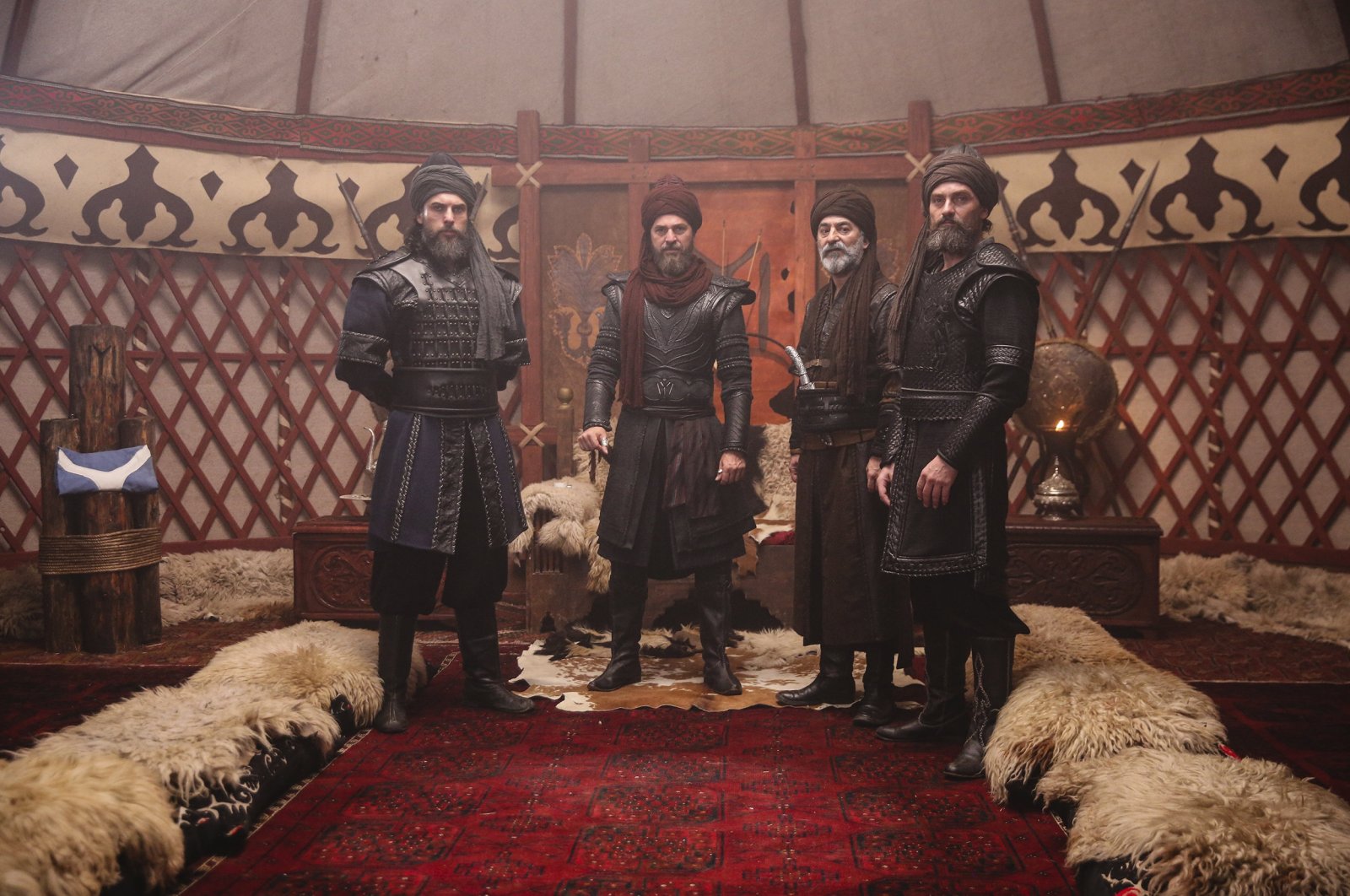 Impressed by the popular Turkish TV series "Diriliş Ertuğrul" (“Resurrection Ertuğrul”), a British family of Pakistani descent living in the United Kingdom traveled thousands of kilometers to visit the tomb of Ertuğrul Ghazi, the father of the Ottoman Empire’s founder Osman I, in the northwestern Turkish province of Bilecik’s Söğüt district.

The Söğüt district, where the foundations of the Ottoman Empire were laid, has been hosting visitors from diverse geographies, including Pakistan, Afghanistan, Saudi Arabia, Azerbaijan, Turkmenistan, Dagestan and various African countries. The interest in the first capital of the Ottoman Empire dramatically increased after the release of “Diriliş Ertuğrul.”

One of the latest visitors to the district is Rab Nawaz Khan, a retired Pakistani living in the U.K. Along with his wife and son, Khan traveled to the district to visit the tombs of Ertuğrul Ghazi and Sheikh Edebali, a prominent religious figure who became the mentor of Osman I and helped develop the policies of the growing Ottoman State.

Visiting the Ertuğrul Ghazi Tomb in line with the coronavirus measures, the family members prayed and then had souvenir photos taken. Khan told Anadolu Agency (AA) that they eagerly watch "Diriliş Ertuğrul," which has a huge following in Pakistan. Noting that they wanted to see the birthplace of the Ottoman Empire and visit Ertuğrul Ghazi’s tomb, Khan said: "We like Turkey and President Recep Tayyip Erdoğan. We are Pakistani but Turkey and Pakistan are a family of Muslims."

He added that many people living in Pakistan dream of traveling to Bilecik and visiting the tombs of Ertuğrul Ghazi and Sheikh Edebali.