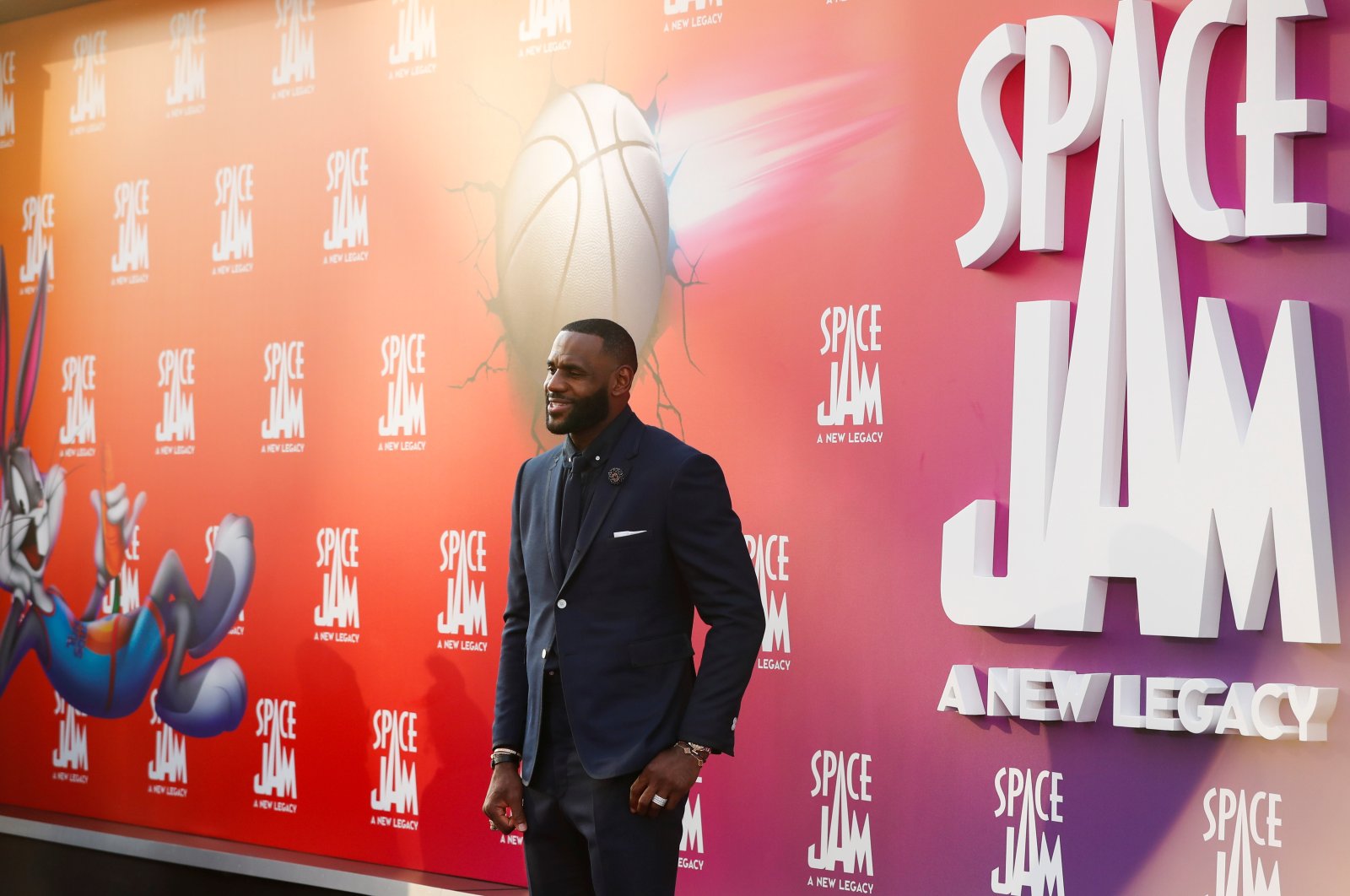 It has been 25 years since basketball legend Michael Jordan disappeared down a rabbit hole, or a golf hole to be factually accurate, and was accompanied by the loony team as he battled space monsters on the court while Wayne Knight (Newman!) dug down the hole to no avail. Now, it is time to pass the baton, or should it be the ball?

Let's call it the ball, and the ball has been lobbed to LeBron James, who like Jordan, enters the world of the Loony Tunes alongside cartoon icons Bugs Bunny and Daffy Duck.

"I was extremely nervous to even redo this film," he said. "But I put my heart into it, I put my looniness into it obviously with the Tunes and committed to it. I'm excited for what people are actually going to see."

The purple carpet was filled with celebrities, from Zendaya, who voices Lola Bunny, and Don Cheadle, who plays villain Al G. Rhythm, to John Legend and G-Eazy, who have tracks on the film's score. Basketball stars Klay Thompson and Anthony Davis also attended the premiere.

When asked how this differed from the first film, Sonequa Martin-Green, who co-stars as James' wife, said she had grown up with that movie.

"I think that film was very important and necessary for that time and so I'm hoping that this film does the same thing," she said. "I hope it brings people together because I think it has everything it needs to be a new classic."

James was also conscious of the legacy of this release, adding: "I hope I continue to make Michael proud. He's someone I looked up to as a kid and hopefully this is another step in that direction."

"Space Jam: A New Legacy" is released in cinemas and streams on HBO Max from Friday.