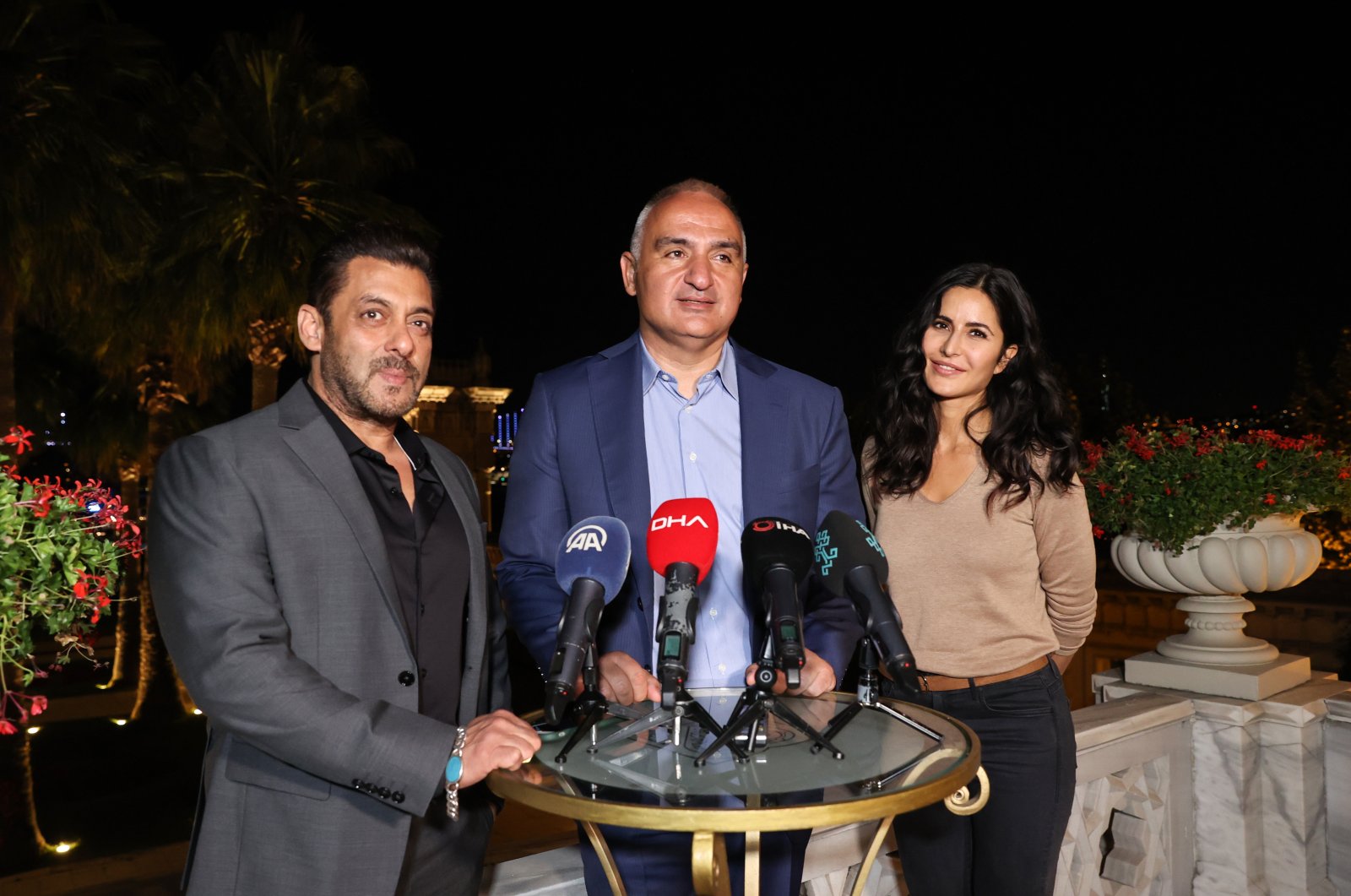 After wrapping up a day of filming in Istanbul, leading Indian movie stars Katrina Kaif and Salman Khan attended an event with Culture and Tourism Minister Mehmet Nuri Ersoy on Friday, during which they heaped praise on Turkey's beauty and hospitality.

Ersoy met the two stars, who are shooting the action-thriller "Tiger 3" in Turkey, at Çırağan Palace in Istanbul’s Beşiktaş district.

Kaif, a decorated actress with dozens of films under her belt, said Turkey was one of the countries she has come to love.

"It’s definitely a beautiful place. The people are very kind and friendly. The hospitality, the food, the sights have an incredible ambiance and energy. That’s why it’s definitely one of my favorite places to shoot movies,” she said.

Khan, a Bollywood veteran who is among the most popular Indian actors, shared that it was his second time shooting in Istanbul and he was very pleased to be back in Turkey.

"I love the people and places here. That’s why we’re back. It’s really nice when people are hospitable. I hope to come here again very soon,” he said.

Several major production companies have come to the country for their projects, including a recent film led by famous Indian director Ribhu Dasgupta and produced by the esteemed Vivek Agrawal, “Durga,” which was shot in Turkey’s southeastern Gaziantep province.

The minister hailed the progress made by Turkey’s television industry in recent years. He said the industry "has come a long way” and Turkey now ranks second in the world after the United States in the number of TV series broadcast globally.

Ersoy also spoke about Turkey’s appeal as a shooting location, saying that every city and region has its own attractions.

"In the past few years, Turkey has been promoted very well around the globe, and we are seeing more international production companies coming here for their projects,” he said.