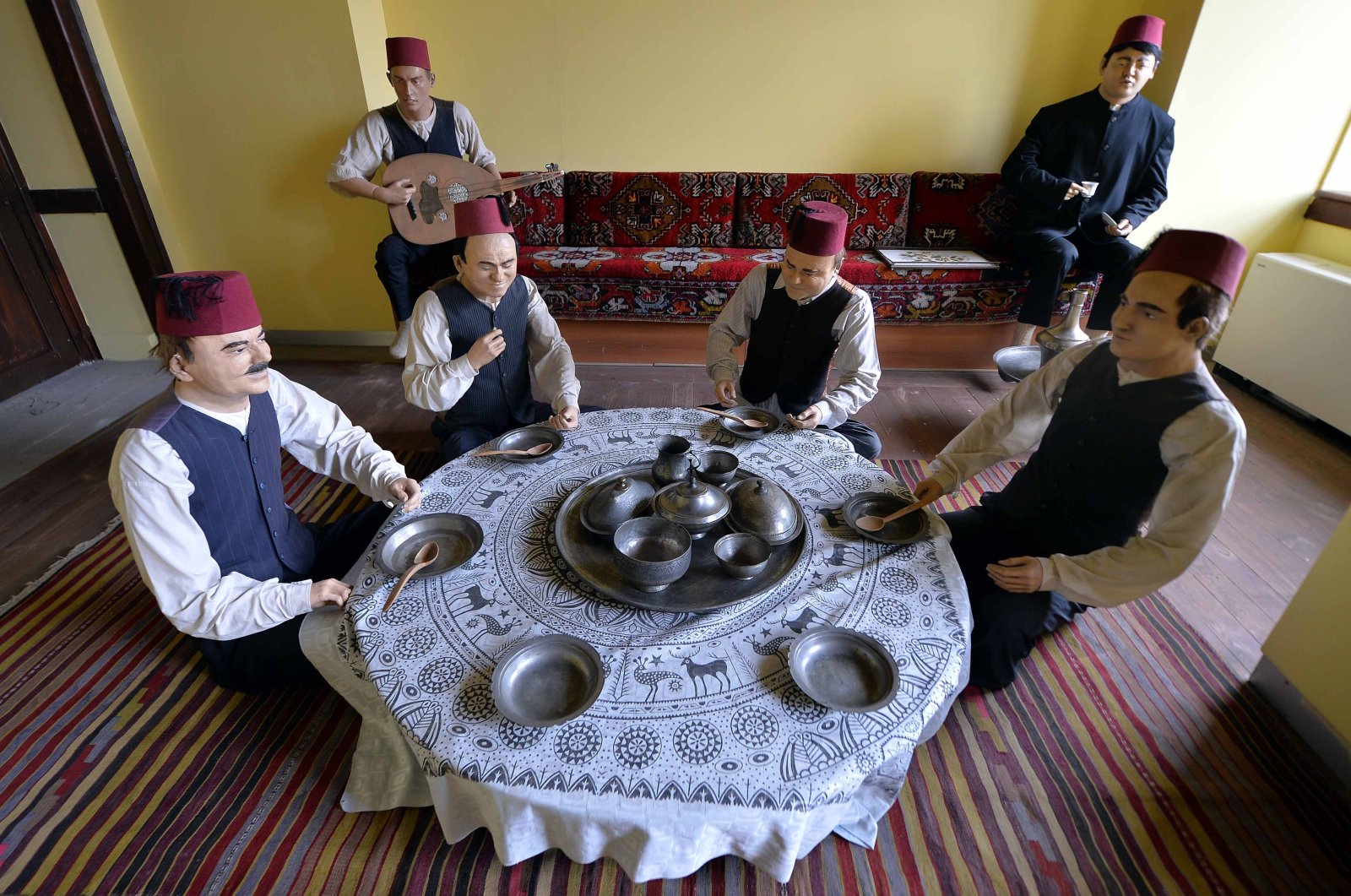 The Safranbolu City History Museum’s grand building, built between 1904-1906 with Ottoman architecture under the leadership of local administrators with the financial support of people in the region, was used as a military, civil and judicial administration center. Restored in 2006, the building was transformed into a museum.

The three-story museum, also known as the "Old Government Office," takes its visitors on a journey in time with cultural publications, clothes, coins and manuscripts from the Roman, Ottoman and Republic periods.

In the Tradesmen and Craftsmen Bazaar, which was established inside the museum, the production of "Yemenis" – traditional flat-heeled shoes used by the Ottoman army and in the War of Independence (1919-1923) – is on display.

The museum also shows the work environments of ironmasters who produced armor, shields and swords for the Ottoman army through an original animation technique. The pharmacy, Turkish delight and confectionery sections in the museum are also a draw for tourists.

The museum, surrounded by many historical structures such as a clock tower, ammunition building and old prison, was visited by around 20,000 local and foreign tourists last year.

Speaking to Anadolu Agency (AA), researcher and author Aytekin Aytekin, who has written many books on the district, said the museum building was used for many purposes and remained inactive for a while after it was severely damaged by a fire in 1976.

He said the building was later restored and has been used as a museum to showcase the district's abstract and concrete heritage since 2007.

Aytekin expressed his gratitude to those who donated the works in the museum.

"There are published books about Safranbolu in the museum. There are ethnographic materials and a section on domestic life, materials used in traditional Safranbolu houses."

He pointed out that the district has a history of thousands of years.

"Safranbolu is doing good things in the context of protecting its own culture, keeping it alive and transferring it to future generations. Safranbolu is a very important place for cultural tourism."

Safranbolu town is famous for its Ottoman-era buildings that include frame houses, mosques, inns, Turkish bathhouses, fountains and shrines. It has been intently preserved since it was declared a historical site by the Ministry of Culture’s Higher Committee for Immovable Historical Artifacts and Monuments on Oct. 8, 1976. The spellbinding town was also added to UNESCO’s World Heritage List on Dec. 17, 1994.