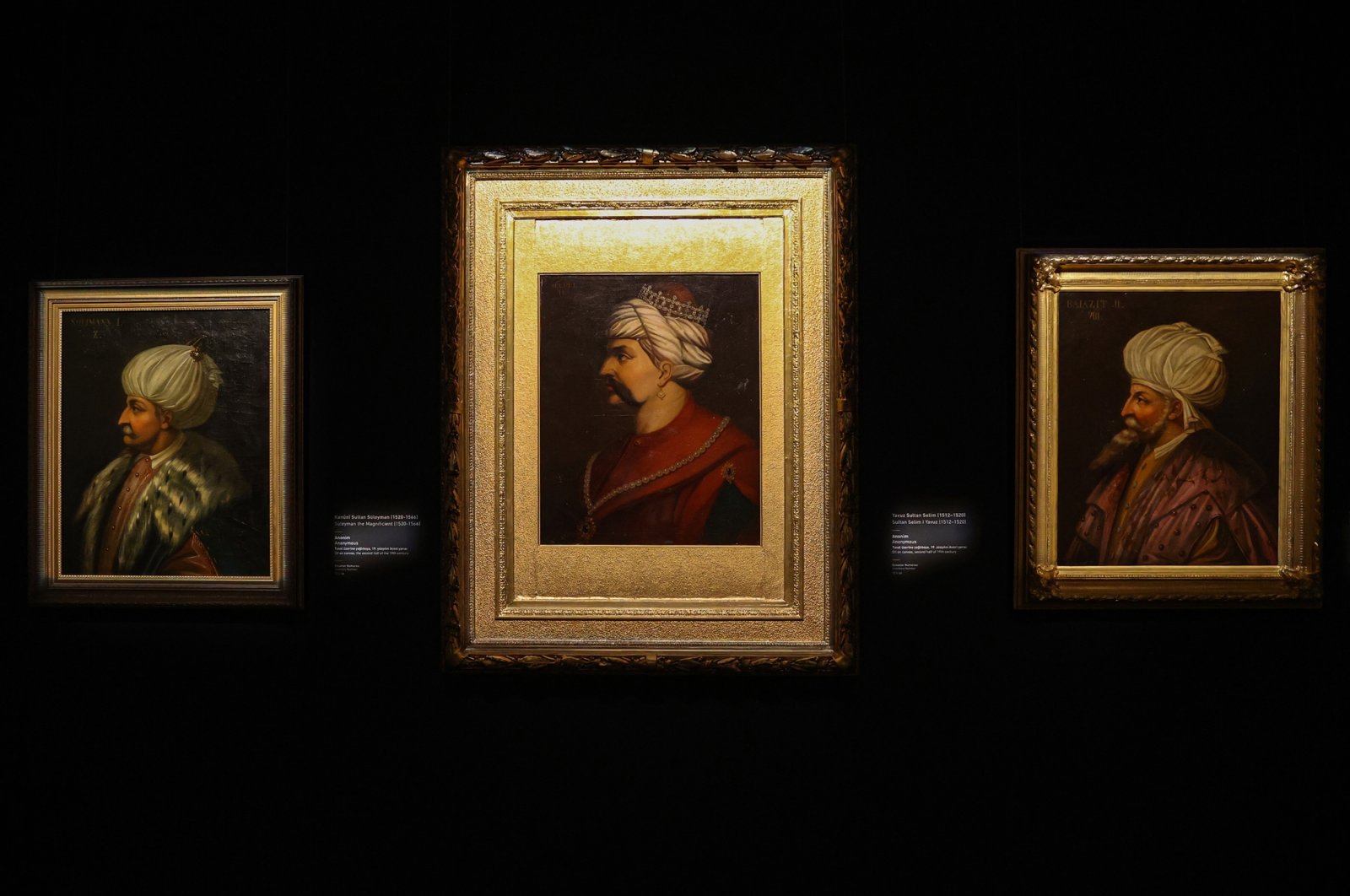 The National Palaces Painting Museum, which recently completed its restoration to modern gallery standards and reopened, has quickly become a center of art and culture in Istanbul, attracting many local and foreign tourists with more than 553 unique pieces of art from the Ottoman period.

The Crown Prince Residence, which was constructed in 1856 within the Dolmabahçe Palace, was transformed into a museum in 2014. The National Palaces Painting Museum houses various artworks ranging in age from the 16th to 20th centuries, including portraits of Ottoman Sultans, historical compositions, orientalist works, landscapes and still life paintings.

National Palaces Painting Museum Director Gülsen Sevinç Kaya noted that the museum is the only place where Ottoman palace paintings can be seen, adding that they reintroduced the works of art under new lighting, which provides a sense of thematic consistency.

“This has been a unique work in terms of museums and it has grabbed the attention of visitors,” Kaya told Anadolu Agency (AA) and added, “Especially with the lighting, framing and organization an innovative museum has been designed.”

Kaya noted that the museum's collection has become much richer with the addition of the paintings which were being stored at Topkapı Palace, explaining that the works were transferred to the museum and were restored before the exhibition.

Explaining that all the rooms have now been organized thematically, Kaya said: “Before visitors were passing by paintings without understanding anything. Fausto Zonaro's work was in one place, a Sultan's portrait was in another. However, now we can say the artworks have found their identity, because they have been organized properly.”

Touching on the museum's rich collection of works by 19th-century orientalist painters, Kaya noted that the museum has the largest orientalist painting in Turkey on display – "Hunt in the Desert" by French painter Felix-Auguste Clement.

The painting, which is on display for visitors for the first time in the museum, is 35 square meters (41.9 square yards) in size. Painted in 1865, "Hunt in the Desert" was transferred to the National Palaces Painting Museum from Said Halim Pasha Mansion in 2019.