Down the rabbit hole: Did Adolf Hitler die in 1945? 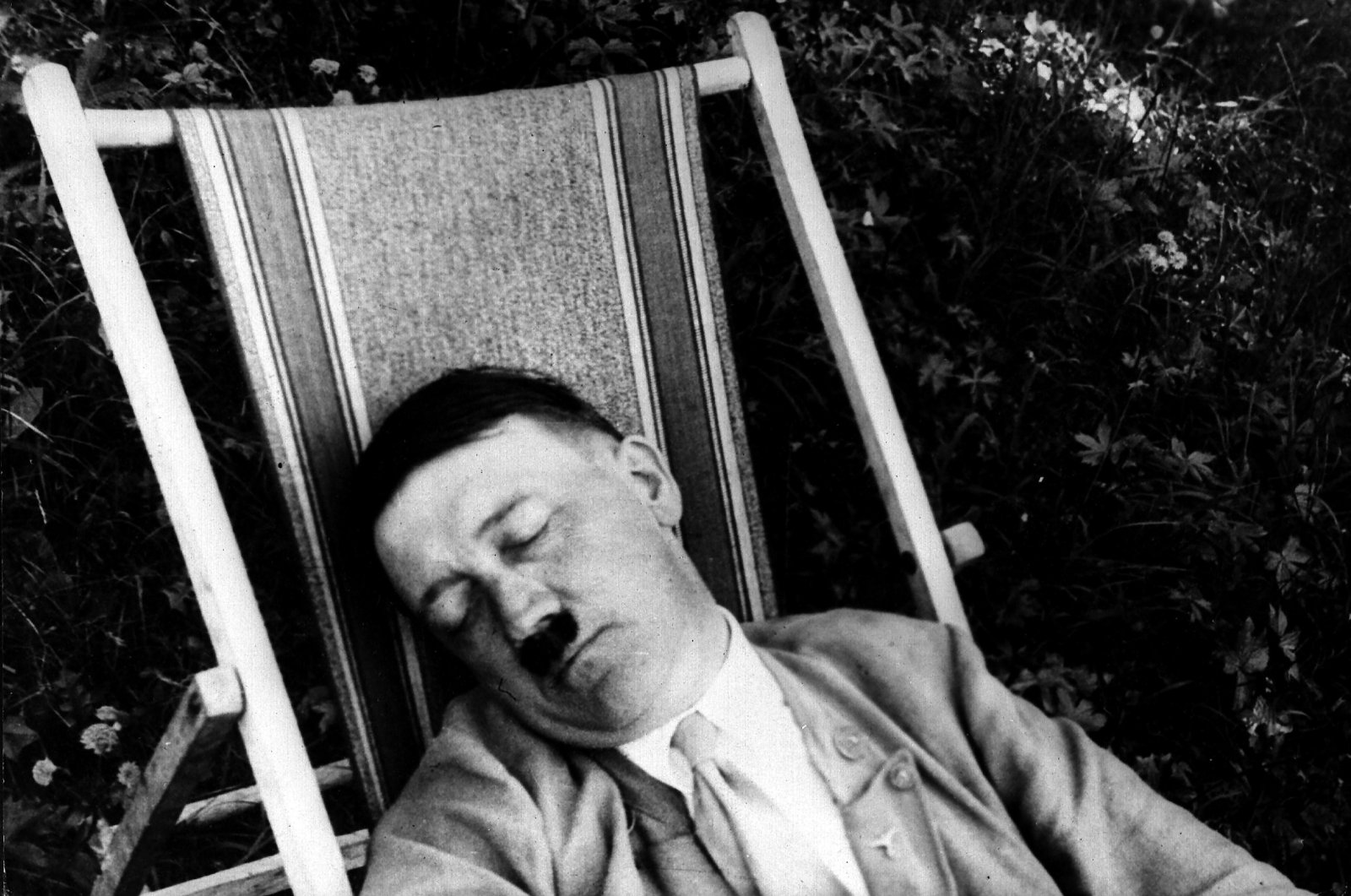 Adolf Hitler photographed during an afternoon nap in a deck chair in Bavaria around 1930. (Getty Images)
by Mehmet Hasan Bulut Nov 08, 2021 1:18 pm
RECOMMENDED

Between 1945 and 1959, a secret United States intelligence program called Operation Paperclip brought more than 1,600 Nazi scientists, including the likes of Kurt H. Debus and Wernher von Braun, to the United States.

These Nazis contributed greatly to the missile and space studies of the U.S. Debus, who was a chief at the Army Ballistic Missile Agency (ABMA), even became the director of the Kennedy Space Center when ABMA became affiliated with the National Aeronautics and Space Administration (NASA).

In September of 1969, he received the Distinguished Service Medal from NASA for Apollo 11, the spaceflight that first landed humans on the Moon.

But allegedly, the Nazis brought in from the destroyed Third Reich (Nazi Germany) were not limited to scientists alone.

In June 1944, while World War II raged on, the Western Allied armies landed in Normandy, France. Losing battle after battle, the Germans began to retreat towards Berlin. In January 1945, the Soviets reached Berlin and besieged the city. Adolf Hitler and his subordinates retreated to underground bunkers.

Former British naval intelligence officer John Ainsworth-Davis published a book called "OPJB: The Last Great Secret of the Second World War" in 1996. In the book, John wrote that before the Russians entered Berlin, a joint British-American operation was carried out.

In this operation, carried out on Winston Churchill's orders, Hitler's secretary Martin Bormann, dubbed Hitler's cash vault, was taken out of his bunker on May 1, 1945. He was transported, via the Spree and Havel rivers, to the western banks of the Elbe river, where the Allied forces were positioned, and from there transported to England.

Bormann was interrogated in England on the whereabouts of Nazi gold, money, jewelry and art. Thus, most of the money in Swiss banks was taken. Having surrendered his Nazi fortune for his life, Bormann later went to South America and died in Paraguay in 1959.

According to John's claim, the name of the operation in which Bormann was brought to England was "OpJB" – that is, James Bond. In charge of the operation was a naval intelligence officer, Ian Fleming, the Eton College graduate and author of the James Bond stories.

Fleming said this of the operation, "Apart from stealing the archives of the German navy on the Czechoslovak border and flogging a few German WRNS (Women's Royal Naval Service) I have had no devilry for too long." However, Bormann's body was never officially found after the war and he was tried in absentia.

It is claimed that his body was found in West Berlin during a subway operation in 1972 but the documents that John had issued and some witnesses in South America supported the veracity of this operation and that Bormann was alive.

The newspapers dated May 2, 1945, announced to the world that the leader of Nazi Germany, Hitler, had died in the command center in Berlin two days prior. But, did Hitler really kill himself? Or was he kidnapped in an operation like Bormann?

In a shell crater next to the Reich Chancellery, Russian commando Ivan Klimenko found burnt bodies, which he believed belonged to Hitler, his mistress Eva Braun and their dog Blondi.

The bodies were taken to the Soviet counterespionage center in Buch. Kathe Heusermann, assistant to Hitler's dentist, and dental technician Fritz Echtmann performed autopsies on the corpses. But due to secrecy during the Cold War, the Soviets did not publish the autopsy report and the bodies were disposed of.

A classified CIA document dated Oct. 3, 1955, which is on the CIA website, claims that Hitler did not die in Berlin. According to the document, a former German Schutzstaffel (SS) trooper named Phillip Citroen told the CIA agent code-named CIMELODY-3 that Hitler was still alive.

Citroen reported that he met with Hitler in Colombia once a month and that Hitler moved to Argentina as early as January 1955. He stated that as years had passed since the war, the Führer could no longer be regarded as a war criminal.

"And if all others accepted the lie which the Party imposed – if all records told the same tale – then the lie passed into history and became truth," writes George Orwell in his dystopian "1984."

Did Hitler die in Berlin or did he just enjoy retirement in South America? Unfortunately, it is not possible for us to know that exactly before the party is over. Where we are right now is just as Italian medieval historian and novelist Umberto Eco said: "Anyway, one could say that not only fictional assertions but also historical ones are de dicto ('about what is said' in Latin): students who write that Hitler died in a bunker in Berlin are simply stating that this is true according to their history textbooks."