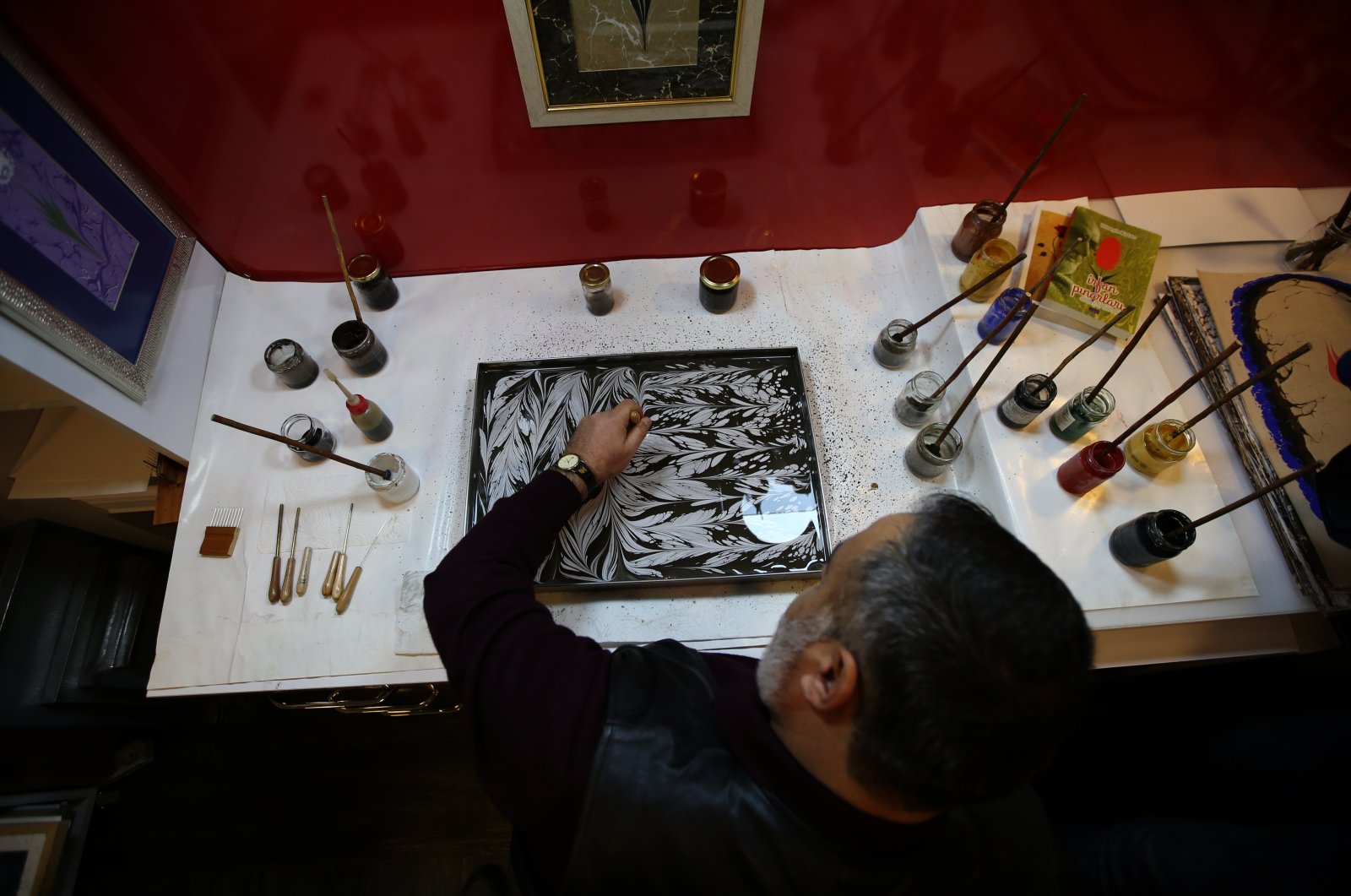 Marbling artist Mehmet Kotan, who lives in eastern Turkey’s Erzurum province, makes unique artifacts using the dust of Oltu stone, one of the rare and fascinating gemstones in Turkey. The stone is extracted from meters below the ground in Erzurum and is usually used in jewelry, ornament and prayer bead making.

Kotan, 53, is actually an electrician in the Palandöken district of Erzurum but performs the art of marbling during his spare time in a section of his workplace that he has turned into a workshop.

Having produced many stunning works to date, the artist has been using the Oltu stone, which is called “black gold” by local people, in his pieces lately by bringing a fresh take to marbling.

In an interview with Anadolu Agency (AA), the artist said that he has been engaged in marbling for 12 years and using the Oltu stone for about the last seven months. He said that he turns the dust of Oltu stone into powder paint through various processes to perform his art. “Everyone knows that the Oltu stone is black, but in fact, it turns brown after falling into the marbling tray and painting the paper. When I increase the stone dust’s density, different brown tones appear in my works.”

According to Kotan, when marbling artists look at nature, they ask whether they can use any natural element in marbling. He said he even tried using the soil in his village in the art of marbling.

Oltu stone is a variation of a jet, which is a type of lignite. It is considered to be a gemstone with healing properties. These black gems are regularly used in making the Turkish prayer beads called “tespih” as well as jewelry and have been used in decorative items since the Bronze Age. This stone is believed to help ease headaches, migraine pain and mood swings and alleviate depression.