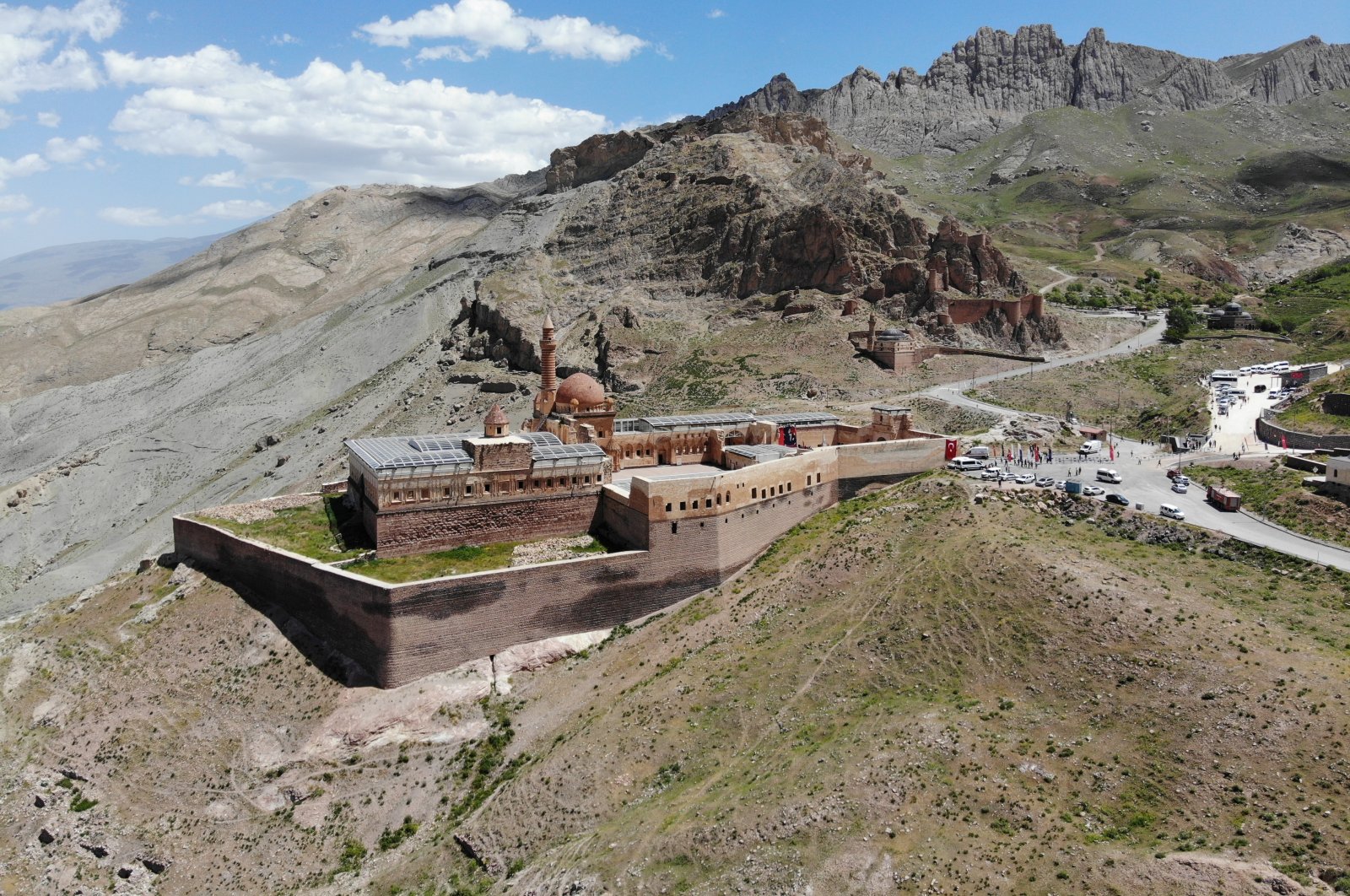 Fifty-eight oil paintings by Italian painters have been put on display at historical Ishak Pasha Palace, located in the Doğubeyazıt district of eastern Ağrı province. The paintings are from the personal collection of Hikmet Eraslan, the CEO of Dosso Dossi Holding.

The exhibition, organized within the scope of the "Ishak Pasha Palace Culture and Art Activities" project under the coordination of the governorship of Ağrı, was launched by Ağrı Governor Osman Varol, Ağrı Mayor Savcı Sayan and Dosso Dossi Holding CEO Eraslan. Speaking at the ceremony, Varol thanked Eraslan and said: “Our main goal is to bring these lands, which are the gateway to Anatolia and were home to countless civilizations with precious heritage, to the agenda of our country and the world with culture and art, and to prevent these lands from being mentioned with negativities. In line with this aim, we carry out important studies, like the ‘Italian painters in Ishak Pasha Palace’ exhibition.”

Eraslan also stated that everyone should do their best for the development of the region in terms of economy and tourism, and said, "Last year, we broadcast the digital platform fashion show that we held on the skirts of Ishak Pasha Palace and Mount Ararat with Turkey's most famous models in more than 50 countries. Now, we are in Doğubeyazıt with an original Italian oil painting collection. We are breaking new ground again. With such an ambitious collection, we will also ensure that Doğubeyazıt is mentioned with its art apart from tourism and fashion."

Considered one of the most prominent Ottoman artifacts in the Eastern Anatolia region, the Ishak Pasha Palace is an ancestral heirloom of the Tulip Era, a peaceful and prosperous period between 1718 and 1730 in the Ottoman Empire. The palace, the largest one in turkey after Topkapı Palace, has been standing for more than 230 years and attracts the attention of local and foreign tourists.

The building of the palace is nestled on a hill between steep cliffs, bearing resemblance to an eagle's nest and is noteworthy due to its history and architectural structure. Located at an altitude of 1,900 meters (6,230 feet) and 7 kilometers (4.34 miles) away from the district center, it is featured on the UNESCO World Heritage Tentative List. The latest exhibition established without damaging the historical texture of the Ishak Pasha Palace can be visited until Aug. 3.