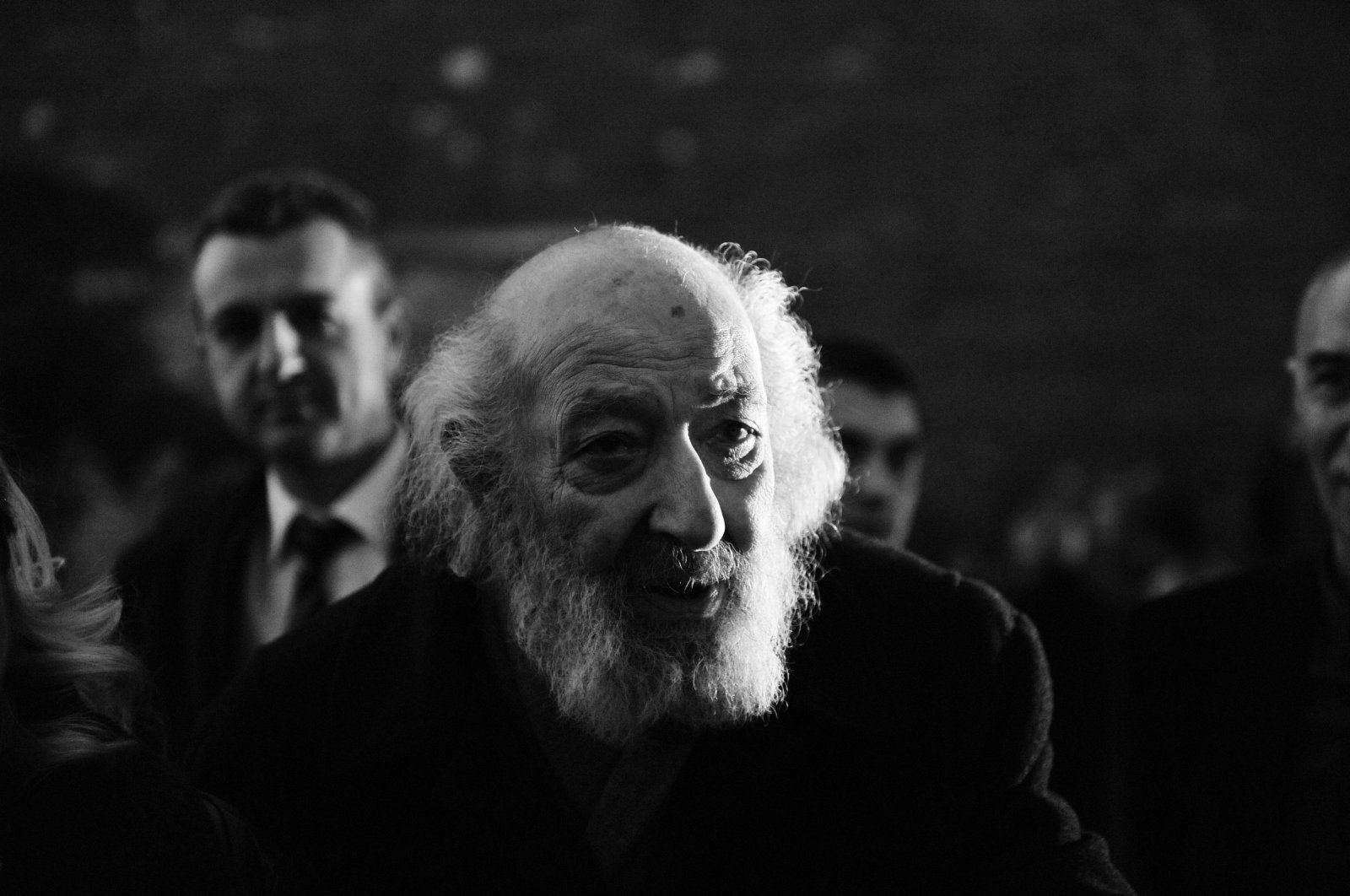 Umut Sülün, director of the center, which also hosts a museum of the famous photographer's works, told Anadolu Agency (AA) that the center is celebrating Güler's birthday with several events.

This year also marks the third anniversary of the museum, which opened in 2018 on Güler's 90th birthday, said Sülün, who knew Güler since 2004.

Commonly referred to as "Istanbul's eye," Güler died on Oct. 17, 2018, at the age of 90 as a globally recognized figure in creative photography.

He made a name mainly with his black-and-white nostalgic pictures of Istanbul, depicting the wide range of emotions of the city, which straddles two continents on either bank of the Bosporus Strait.

"One of our events is an Ara Güler exhibition consisting of 75 black-and-white Istanbul photographs that we will bring together with the Ministry of Culture and Tourism at Galata Tower," said Sülün.

The exhibition, which will be opened by Deputy Culture and Tourism Minister Özgül Özkan Yavuz today, can be visited by tower visitors until the end of October.

New shows as of September

At the moment, there are two exhibitions at the Ara Güler Museum. “Inside the Same Dream,” which will be on display until Sept. 18, showcases Güler's Istanbul photos along with accompanying texts by Ahmet Hamdi Tanpınar, a legendary Turkish author.

The other exhibition focuses on Güler's book “Yitirilmiş Renkler” (“Vanished Colors") and features the artist's drawings with a curated selection of 20 images.

"As of the end of next September, we're going to open a new exhibition in our museum," he said. "In this exhibition, there will be a selection of portraits from Turkey and the world, which are an important part of the Ara Güler archive," as Güler photographed many prominent figures over the years, including the likes of Pablo Picasso, Winston Churchill, John Berger, Alfred Hitchcock and Salvador Dali.

For the museum, Sülün also heralded a shop and gallery to be opened at Galaport, a major renovation project on Istanbul's European side. New shopping malls, hotels and a new Istanbul Modern building are in the works as part of the project.

The "shop gallery" will include an exhibition of 30 Güler photographs, some of which have never been seen before, of Istanbul's centuries-old neighborhoods like Karaköy and Galata.

The museum is also in contact with various organizers for possible future exhibitions abroad, added Sülün.

Since the museum opened, Güler's work has been exhibited across the world from Berlin to New York, Japan and London.

"Ara Güler is known as the person who made the most important contribution to both the world's awareness of Turkey's photography and the awareness of photography in Turkey," Sülün said when asked about the importance of the legendary photojournalist.

The museum opened in 2018, but the Ara Güler archive had already been transferred to the museum building in the Şişli district from Güler's apartment in Istanbul's teeming Beyoğlu, he said.

"We had already been working here," he said, adding that Güler, who was suffering from various illnesses due to old age, had visited the museum site before it was built.

Sülün explained that when the artist would visit the site they would gather around a big table to discuss issues that arose during the process of setting up the museum.

During these chats, Güler would tell us stories about the pieces in the archive, said Sülün, noting that the photographer would single out the "three important projects" he completed in his life.

"Interviews of Aphrodisias, Mount Nemrut, Noah's Ark," he said, referring to Güler's 1958 photographs of the ancient city in Turkey's western province of Aydın, his photo interviews on Mount Nemrut and his focus on Noah's Ark.

These projects attracted international attention to eastern Turkey's ancient sites, as Sülün put it, "Because, these were not merely photographs, but also contributions to humanity."