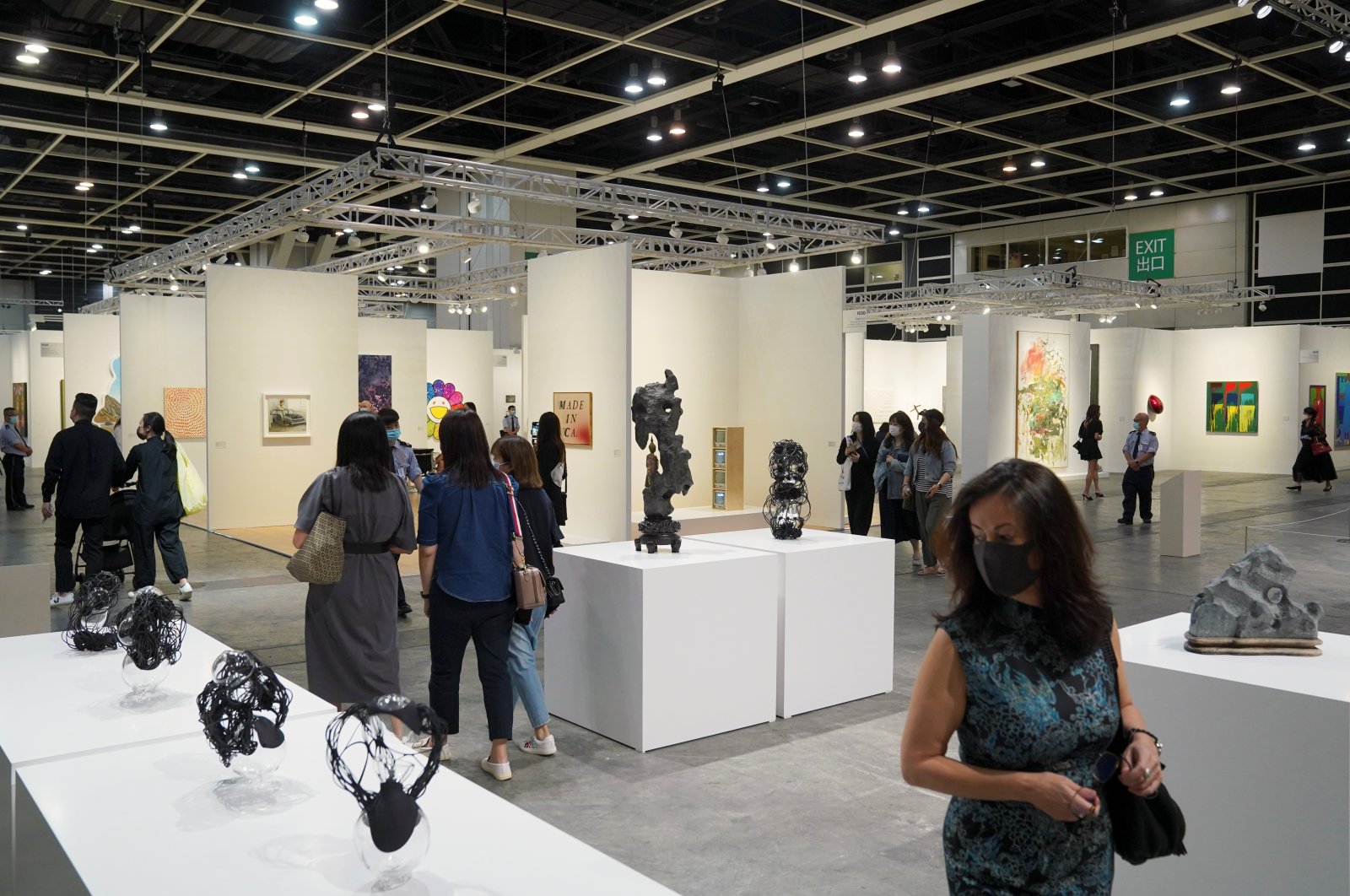 Most events around the world have been continuing online due to the COVID-19 pandemic, enabling visitors across the globe to experience their preferred art fair or gallery. Most recently, the Art Basel contemporary art fair followed suit in Hong Kong as it opened Wednesday in both physical and virtual shows to art collectors and curators.

The annual fair, which also has versions in Basel, Switzerland and in Miami Beach, Florida, was canceled in Hong Kong last year because of the pandemic. In 2019, it had attracted over 80,000 art lovers.

This year, organizers have limited the number of visitors to the fair, which runs from May 19 to 23, in compliance with government social distancing rules.

On Wednesday, hundreds of local visitors meandered through galleries while overseas collectors were shown around via FaceTime.

"It's overwhelming and great that we are actually able to do the fair this year, despite all the difficulties and circumstances we're dealing with," said Art Basel's Hong Kong director Adeline Ooi.

"One of the greatest challenges is the fact that international travel was not possible."

Over 100 galleries are taking part, fewer than half the number in 2019, with a handful featuring works themed around the pandemic. Big names include Gagosian, Korea's Kukje Gallery, Taiwan's TKG+ and Hong Kong's Pearl Lam.

About half of the participants are international galleries that have not been able to set up their own physical shows and are instead represented at booths staffed on their behalf by Art Basel personnel.

The fair is being held for the first time since Beijing imposed a national security law in Hong Kong, which some critics including Chinese superstar artist Ai Weiwei, said has resulted in a loss of freedom of expression in the city.

"What's most important is a place's freedom of expression, freedom of speech. If there's no freedom of speech, then you can't have any power of cultural influence," Ai, a fierce critic of the Chinese government, told Reuters.

However, Art Basel's Ooi dismissed such concerns. "It has been business as usual. There hasn't been any change in terms of how we've had to operate," she said.

"Hong Kong has set itself up, as a mission, to be a cultural hub," she added, denying media speculation that the fair may move to another Asian city in reaction to the security law.

Since June last year when the law took effect, scrutiny over arts, culture and media has intensified.

Cinemas pulled a local protest documentary, a university canceled a press photography exhibition and a soon-to-open contemporary art museum said the police's new national security unit will determine whether its collection falls foul of the law.

Hong Kong's leader Carrie Lam has said that the government respects artistic freedom but national security was a red line.