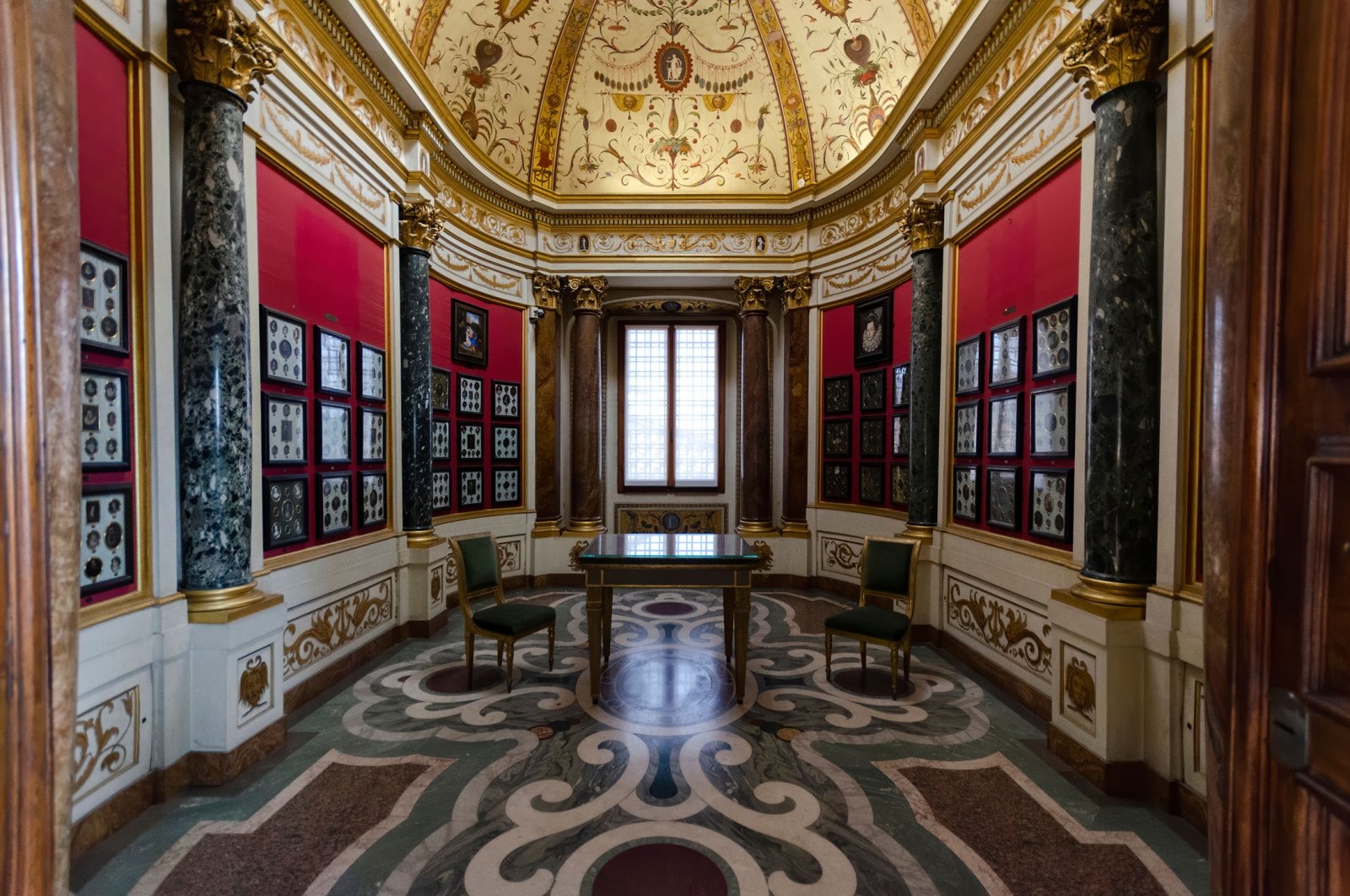 The Uffizi Gallery in Italy’s Florence will greet its visitors with newly discovered frescoes when it reopens after being closed for months amid the coronavirus concerns.

Workers doing restoration discovered the frescoes dating from the 17th and 18th centuries beneath plaster in the museum's west wing, which is where the visitor entrance will be when the Uffizi opens to the public.

The reopening date is not yet certain. The Italian Culture Ministry has said museums in Italy's lowest-risk regions can open starting Monday. Uffizi officials were waiting to find out the Tuscany region's risk category before scheduling a possible opening date.

The previously hidden frescoes include a life-size figure of a young Cosimo II de Medici dating from the 1600s, as well as decorative plant motifs from the 1700s on the walls and ceiling of nearby rooms. The restoration project has reclaimed more than 40 rooms on the ground and semi-underground levels that had been inaccessible.

“There has been great progress in the last five years in recovering spaces inside the museum, progress that will allow a more rational and safe entrance to the museum,’’ Schmidt said in a statement. Eventually, the new entrance will hold classic statuary that had been in storage or recently purchased.

Under the Uffizi's new entry system, visitors will buy tickets and deposit coats and bags in the west wing and cross through a courtyard to the east wing, where they will pass through metal detectors and pick up audio guides before starting their rounds of the museum.

The Uffizi has been closed since Nov. 5 except for two weeks during the winter when Tuscany was under Italy's lowest level of restrictions. The country is gradually emerging from months of rolling regional lockdowns instituted during the fall.

Along with museums being allowed to open, restaurants in low-risk zones on Monday will be allowed to offering outdoor dining before a 10 p.m. curfew.