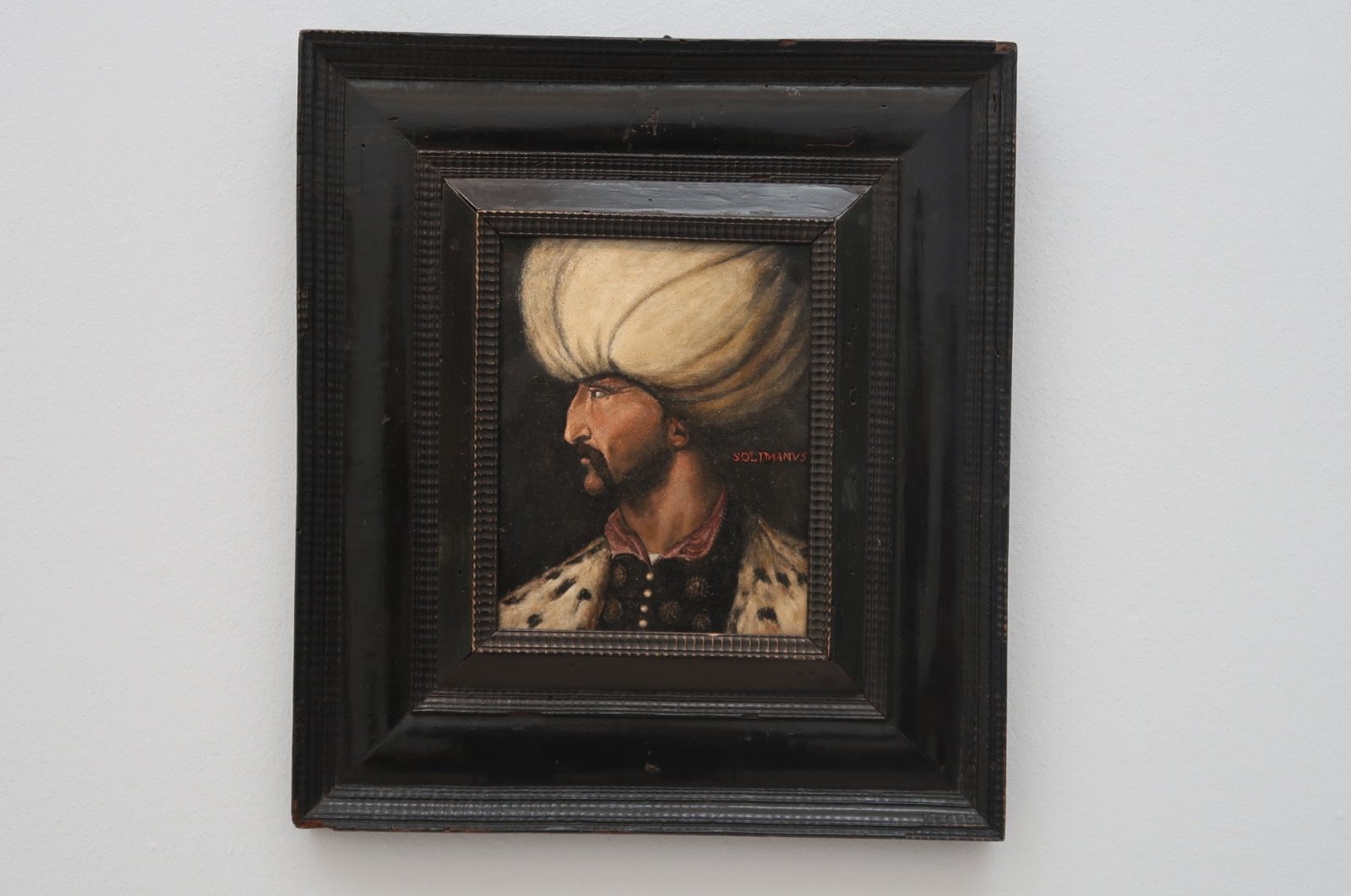 A month ago, a 16th-century portrait of Ottoman Sultan Suleiman I, also known as Suleiman the Magnificent, was put up for sale at Sotheby's auction house in London and sold for 438,500 pounds ($603,821). The anonymous buyer of the portrait has donated the work to the Istanbul Metropolitan Municipality (IBB).

IBB Mayor Ekrem İmamoğlu announced the donation on social media. On his Twitter post, the mayor said, “It returns home! The portrait of Suleiman the Magnificent, which was sold at a record price in the United Kingdom auction in March, was donated to IBB by its buyer. The donation of such a precious work to Istanbul and the faith felt toward IBB does us proud. Congrats Istanbul!”

The March auction was held exactly two years after Sotheby's had auctioned a set of historical artworks related to the Ottoman Empire, including another portrait of Sultan Suleiman the Magnificent, considered to be the work of one of the followers of noted Italian painter Gentile Bellini.

The portrait sold at this auction depicts Sultan Suleiman I allegedly at the age of 43, even if it is not inscribed with the sultan's age, according to Sotheby's. The painting bears a likeness to two other 16th century examples, both of which were copied directly from a painting owned by Paolo Giovio, a 16th-century Italian humanist and historian who owned a collection of more than 400 portraits.

The auction of the portrait of Sultan Suleiman I was part of a larger program advertised as the "Arts of the Islamic World & India including Fine Rugs and Carpets" by Sotheby’s. The portrait was expected to fetch a price ranging between 80,000 pounds to 120,000 pounds.