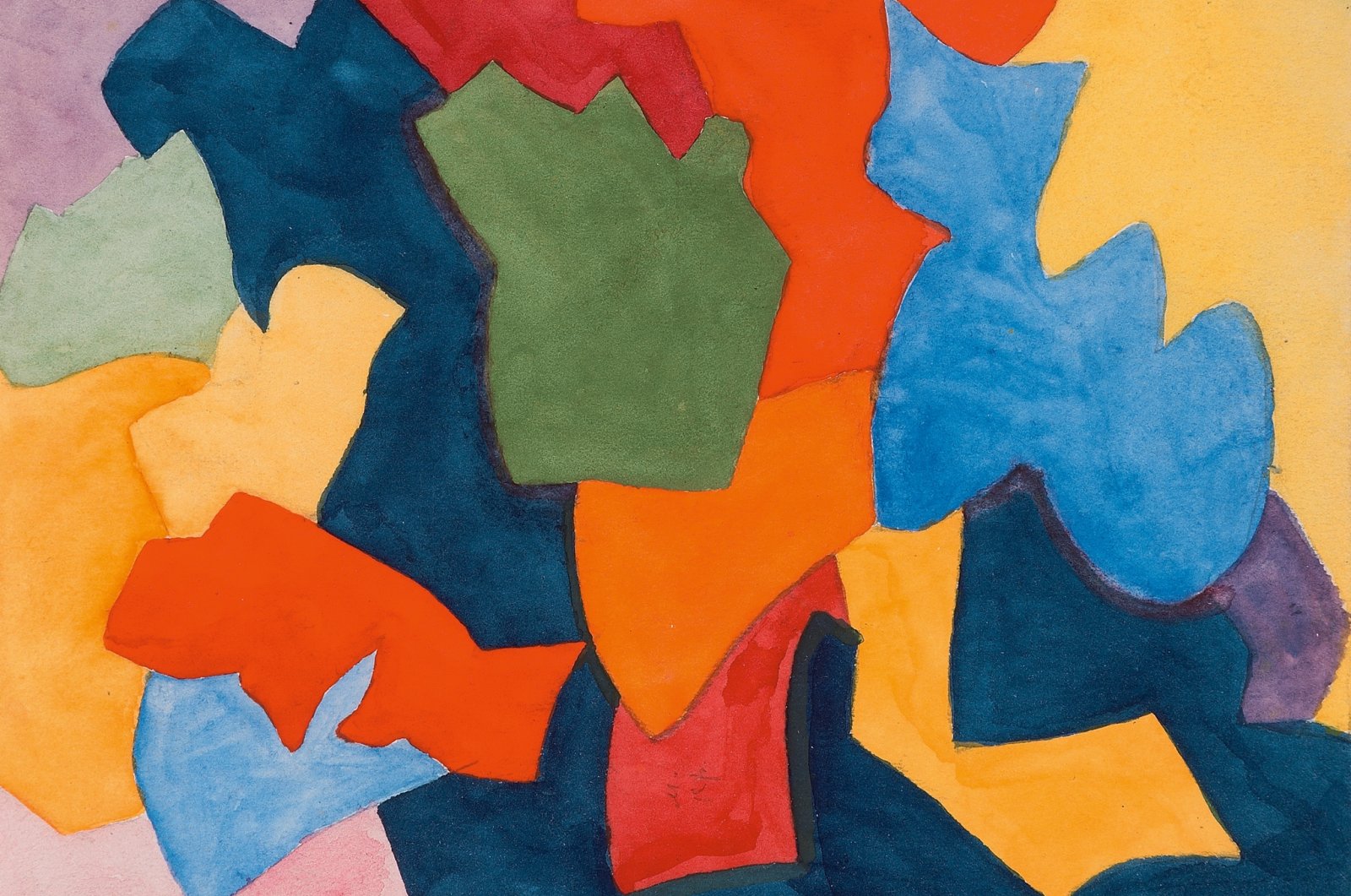 The Sakıp Sabancı Mardin City Museum, which was restored by the Sabancı Foundation and transformed into a museum and art gallery, is hosting a new exhibition on the Russian avant-garde. “The Russian Avant-Garde: Dreaming the Future through Art and Design” highlights the significant place of Russian avant-garde in the history of art through artwork from the collection of Russian art collector George Costakis housed at the Thessaloniki State Museum of Modern Art.

Avant-garde art, which generally is comprised of experimental and unorthodox works of art, emerged in the 1860s as an abstract style that can be interpreted by adept and trained eyes. The influential style flourished in the Russian lands in the 1890s as one of the most exciting waves of art history. The artists of Russian avant-garde tried to spread this form of art into every field of life.

“The Russian Avant-Garde: Dreaming the Future through Art and Design” introduces this wave through diverse works of painting, design, literature, cinema and theater. Enthusiasts in southeastern Turkey now have a chance to view these works of art thanks to a collaboration between the Sakıp Sabancı Mardin City Museum and the Thessaloniki State Museum of Modern Art.

The Costakis Collection, the world's most important collection and archive of the Russian avant-garde, is kept as two parts in the State Tretyakov Gallery in Moscow and Thessaloniki State Museum of Modern Art. Valuable pieces from the collection in the Sakıp Sabancı Museum exhibition reflect the belief in progress of avant-garde artists who turned to science – with the excitement of industrialization, together with the political, social and technological developments of the period – transcending the borders of the world and carried their dreams into space.

Among the artists included in the exhibition from the Costakis Collection – which George Costakis has brought together with great passion to ensure that the works of the Russian avant-garde are passed on to future generations – are Kazimir Malevich, the creator of the iconic painting “Black Square,” Vladimir Tatlin, who pioneered a new era in artistic theory by blurring the boundaries between art and production, and Alexander Rodchenko, the brave pioneer of photography, painting, sculpture and graphic art.

Two of the names representing the large number of female artists of the period – Olga Rozanova, whose works are based on the interaction between text and painting, and Lyubov Popova, who contributed to the transformation of the language of theater with the play decors she designed – are also on display in the exhibition.

Additionally, a video recording of the Russian futurist opera “Victory Over the Sun,” one of the most popular examples of the Russian avant-garde’s ambition to synthesize all forms of artwork, is displayed in the show. The music of the opera was composed by Mikhail Matyushi and the stage design was conducted by Kazimir Malevich.

The exhibition also hosts a program where examples from Russian avant-garde theater will be exhibited. The program, held under the supervision of choreographer, writer, translator and critic Emre Koyuncuoğlu, consists of performances by actors from the Mardin and Diyarbakır theaters. In the program, which will be offered free of charge at the Mardin Sakıp Sabancı City Museum, Velimir Khlebnikov's monodrama “Mrs. Laneen” will be recited June 16, while Vladimir Mayakovsky's play “Bedbug” and his poem "Backbone Flute" will be performed June 17.

Speaking about the exhibition, Dilek Sabancı, who is a member of the board of trustees of the Sabancı Foundation, said that “The Russian Avant-Garde: Dreaming the Future through Art and Design” is the 10th exhibition of the Sakıp Sabancı Mardin City Museum. Noting that the Sabancı foundation is honored to revive cultural activities in the ancient city of Mardin through Russian avant-garde, Sabancı continued, “In addition to our magnificent exhibition, we will be filled with art with a full program.”

The Sabancı University Sakıp Sabancı Museum Director Nazan Ölçer said: “A new surprise, a new documentary and pioneers of science will await visitors at every corner of the halls in the Sakıp Sabancı Mardin City Museum. Visitors will see how this art wave was thought and imagined a hundred years ago. In this exhibition, we also see how a visionary collector gathers and preserves artifacts from a lost and forgotten period.”

“The Russian Avant-Garde: Dreaming the Future through Art and Design” can be visited from Tuesday to Saturday between 8.30 a.m. and 5.30 p.m. at the Sakıp Sabancı City Museum’s Dilek Sabancı Art Gallery.