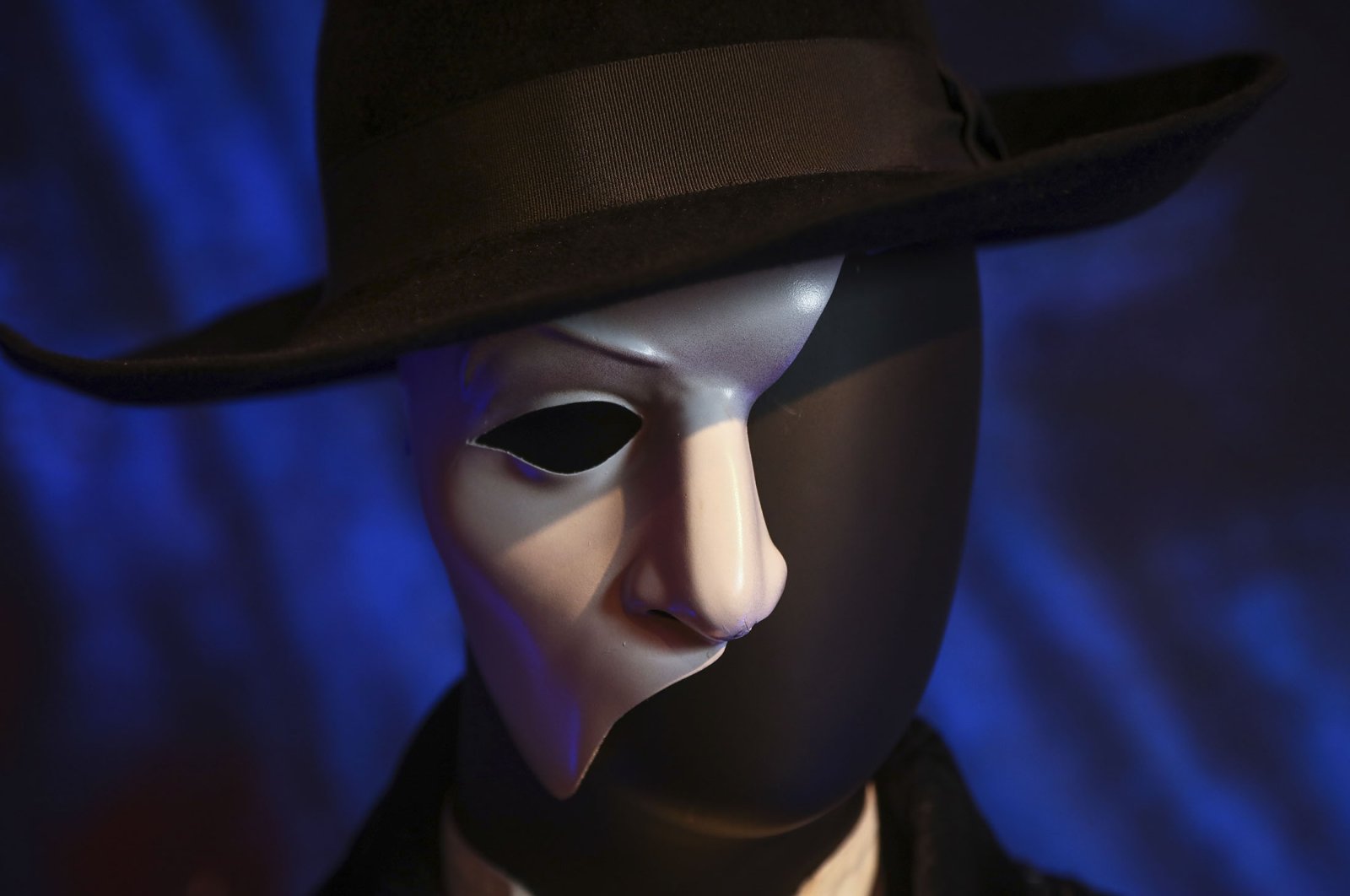 A costume from the Broadway musical "The Phantom of the Opera" is displayed at the "Showstoppers! Spectacular Costumes from Stage & Screen" exhibit in Times Square, New York, U.S., Aug. 2, 2021. (AP Photo)
by Associated Press Aug 08, 2021 8:13 pm
RECOMMENDED

The stages may still be shrouded in darkness in most Broadway theaters but that does not mean the glitz and glamor and the colorful history of the famed theatrical district of New York has to remain in slumber too. So, a new exhibition in Times Square has decided to shine the spotlight on an indispensable part of the show: costumes.

More than 100 costumes from such shows as "Hamilton," "Dear Evan Hansen" and "Wicked" are part of a new exhibit this summer revealing the careful, hand-crafted beauty of garments that can't always be appreciated from the mezzanine in a theater.

"Showstoppers! Spectacular Costumes from Stage & Screen" opens Thursday and tickets are $29, with seniors and child access for $24. All proceeds go to the Costume Industry Coalition's recovery fund.

The costumes have been borrowed from such Broadway hits as "Harry Potter and the Cursed Child," "The Lion King," "The Phantom of the Opera," "Moulin Rouge! The Musical," "Chicago," "The Cher Show," "Frozen" and "Aladdin," as well as TV's "The Marvelous Mrs. Maisel" and "Saturday Night Live."

The 20,000-square-foot, two-level exhibit space at 234 West 42nd St., – once the New York City flagship of the sports retail chain Modell's – has been transformed into an immersive areas with mannequins sporting the garments. Visitors can see real craftspeople at workspaces beading, painting or stitching costumes, showing intense work that goes into the garments.

"We reached out to all of our partners and asked to borrow assets, not only to show off the product of what we bring to the stage or the screen but also the process," said Brian Blythe, who co-runs the full-service John Kristiansen costume shop and founded the Costume Industry Coalition.

Sally Ann Parsons, owner of the veteran made-to-order house Parsons-Meares, which made the Nala and Simba costumes for "The Lion King," will be sending a crew to demonstrate how they make corsets and bodices.

"One of our jobs is to be storytellers and to tell the story of the whole piece. But also we help the performers with their character," she said. "We're grateful for the chance to show what we do."

The coalition was born during the pandemic to advocate for the survival of New York City's custom costume industry. It is made up of 56 small, unique, independent businesses and artisans in and around New York City, many who pivoted to making masks and surgical gowns during the pandemic. Members collectively lost over $26.6 million in revenue last year.

"The coalition was formed to really advocate for our collective survival. And while we are cordial competitors, we all know each other and we all network because we all work on the same shows together," said Blythe.

Thinc Design, a global design firm founded by former theater set designer Tom Hennes, has designed the exhibit space to be a journey – complete with video, photographs and music – through the world of costume making.

"I think this is an industry that is fairly invisible to the general public, but it's composed of this huge variety of craftspeople and artisans, artists who do work that's just absolutely thrilling to see up close," said Hennes, who has donated his firm's services.

Though the costumes may be magical, there is a nod to the current climate: All guests in the space are required to wear a mask throughout the exhibit regardless of vaccination status, except for designated mask-free zones.

Organizers hope the exhibit can spread a little awareness about the intense work that goes into costumes, promote some reopening Broadway shows and offer impatient fans of ballet and theater something to cheer for before live venues return.

"It's a real celebration of the combination of talent and skill and imagination that underwrites some of the spectacle and beauty of the entertainment business in general and theater, film, television and ballet in particular," said Hennes.