'Ted Lasso', 'The Crown' may win big at scaled-back Emmys 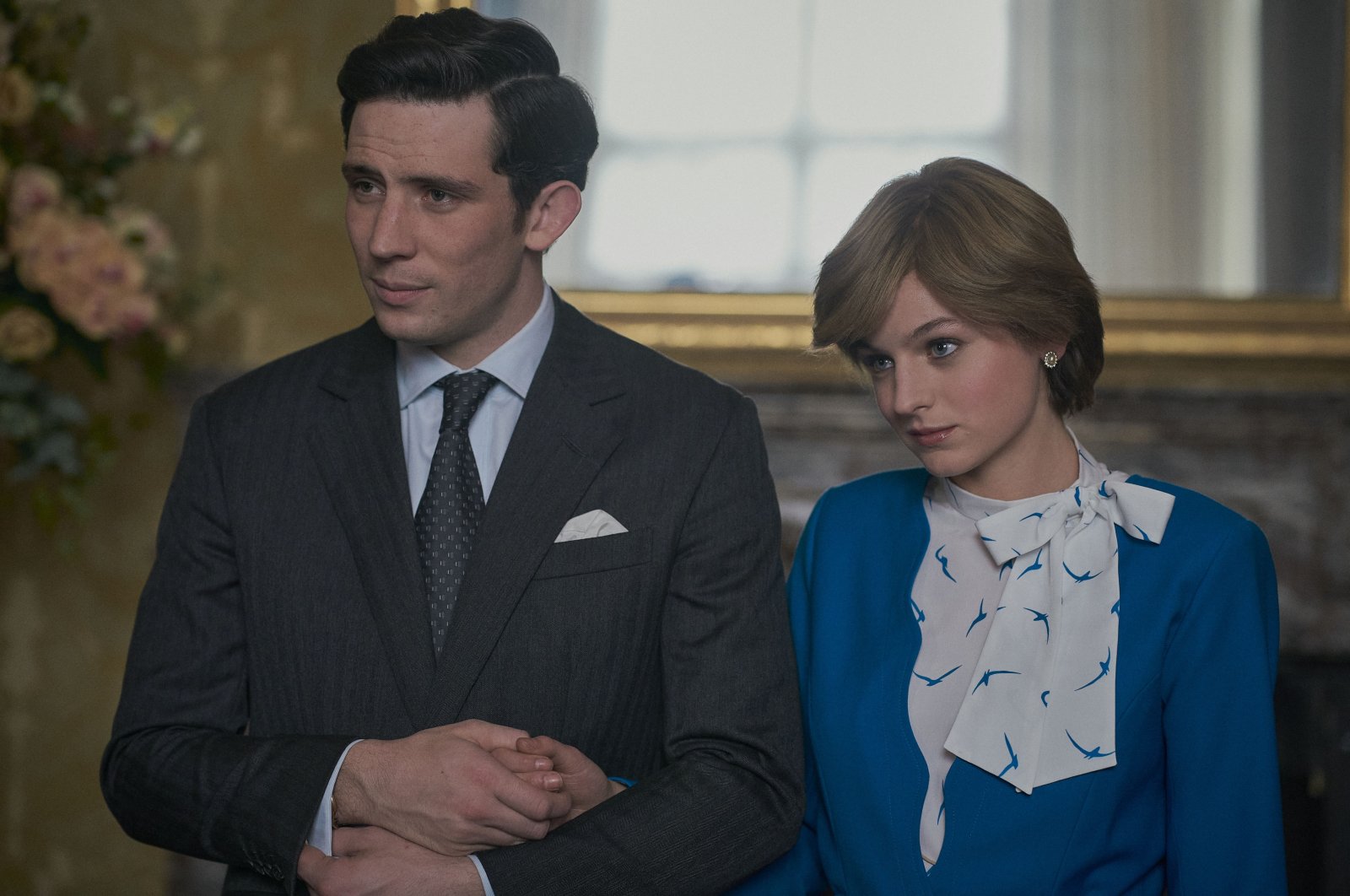 This image released by Netflix shows Josh O'Connor (L) and Emma Corrin in a scene from "The Crown." (AP Photo)
by REUTERS Sep 17, 2021 6:03 pm
RECOMMENDED

While the Emmy Awards are right around the corner, the event is once again abandoning the traditional mass gathering of celebrities and executives following last year's virtual show.

Cedric the Entertainer will host in Los Angeles on Sunday the 73rd iteration, which has been moved to an outdoor tent because of concerns over the delta variant.

Despite vaccination, testing and masking requirements, Jennifer Aniston is among those who won't be attending, citing her personal safety. And many of the cast of drama series favorite "The Crown" will likely take part virtually from London, organizers said.

"We do have some people wanting to dial in, and we understand that," Maury McIntyre, president of the Academy of Television Arts & Sciences, told Variety this week.

Last year, the Emmys were held virtually with celebrities joining remotely from homes, gardens and hotel rooms around the world rather than the usual in-person event that would draw more than 4,000 people.

Television viewing exploded during the pandemic, sending people stuck at home to vast libraries of content on streaming platforms.

"Ted Lasso," a heartwarming comedy about a fish-out-of-water American coaching a struggling British soccer team, and British royal series "The Crown," are expected to be some of the beneficiaries this year.

"'Ted Lasso' is old-fashioned, shamelessly lovable and full of wonderful twists and turns," said Tom O'Neil, founder of awards website Goldderby.com. "It has unflagging optimism all the time even when things seem really, really bad."

The show could deliver the Apple TV+ streaming platform its first major win.

After a compelling season that focused on the unhappy marriage of Prince Charles and Princess Diana, "The Crown" nabbed 24 Emmy nods. Awards experts predict it will take home its first best drama series Emmy, clinching a milestone win for Netflix.

"If 'The Crown' and 'Ted Lasso' both end up winning the best TV series race, it will mark the total conquest of television by the streaming services," O' Neil said.

Amazon and Hulu previously won the TV series prizes for "The Marvelous Mrs. Maisel" and "The Handmaid's Tale," respectively.

"I would be shocked if 'The Crown' did not win," said Gerrad Hall, senior TV editor at Entertainment Weekly. "It was a stellar season and every single performance on that show is awards-worthy."

"The Crown" will compete for best drama series – the top award – against "Star Wars" TV spinoff "The Mandalorian" featuring the beloved Baby Yoda, "Bridgerton," "The Boys," "The Handmaid's Tale," "Pose," "Lovecraft Country", and the sole mainstream network series, "This is Us."

Streaming services also dominate the limited series field, which pundits say is too close to call.

"These limited series are prestige TV," said Hall, referring to "I May Destroy You," "Mare of Easttown," "The Queen's Gambit," "WandaVision" and "The Underground Railroad."

"Every single one of the nominated shows are female-driven stories, and showcasing such a variety of themes," Hall added.

The Emmy Awards will be broadcast live on CBS on Sept. 19, starting at 8 p.m. EDT (Midnight GMT).