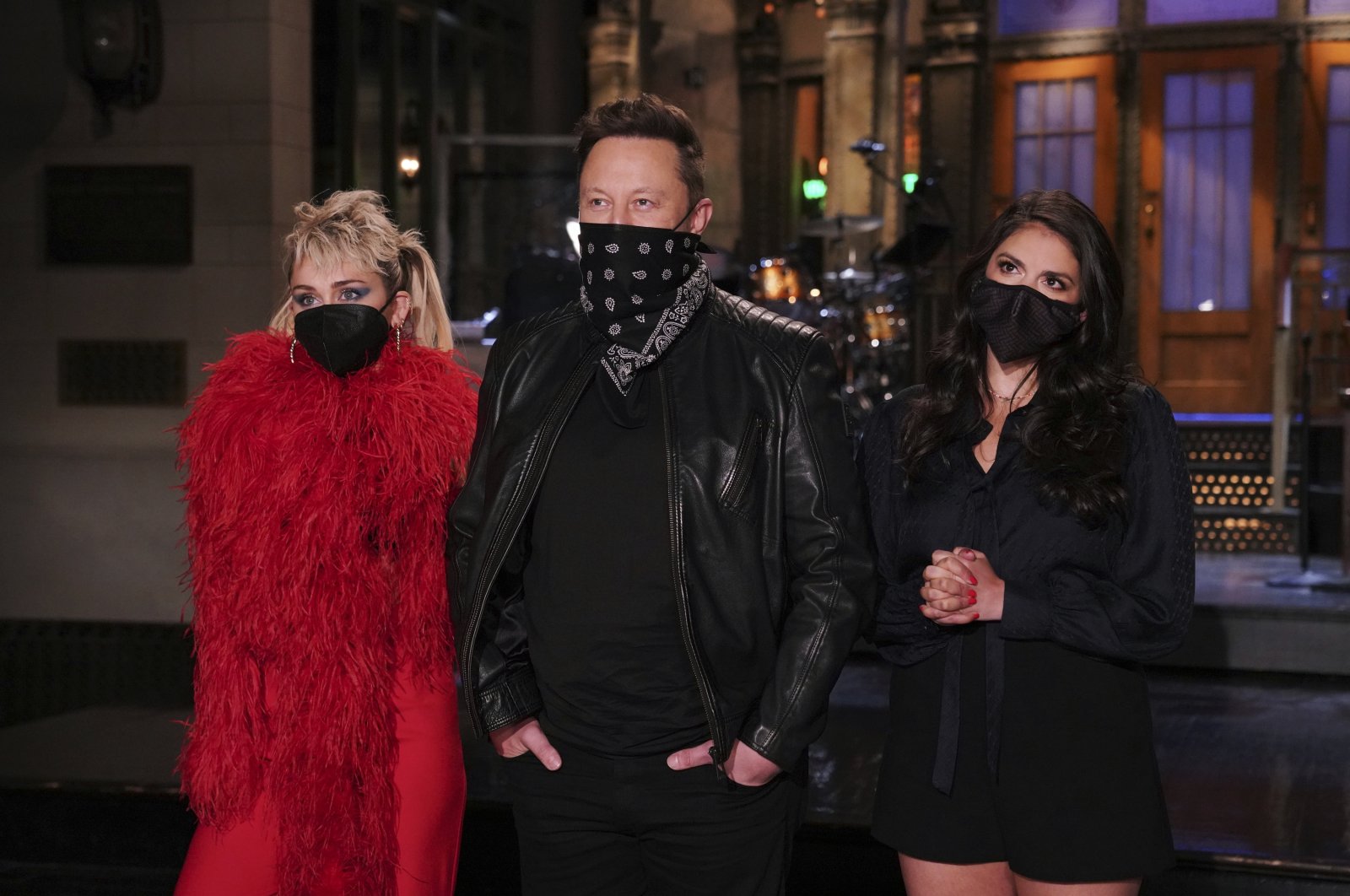 The 49-year-old Tesla CEO, SpaceX founder and one of the world's richest men opened his monologue by mocking his monotonal speaking style, saying no one can tell when he's joking.

"It's great to be hosting 'Saturday Night Live,' and I really mean it," said Musk standing on the stage in a black suit with a black T-shirt. "Sometimes after I say something, I have to say that I mean it."

It may have been the first time Musk has publicly said he has the mild form of autism.

Musk also joked about his Twitter account, which has more than 50 million followers, and the tweets that led some critics to object to his being invited to host the show.

"Look, I know I sometimes say or post strange things, but that's just how my brain works," he said.

Then Musk added a boast that got his biggest laugh of the night, and an applause break from the studio audience.

"To anyone who's been offended, I just want to say I reinvented electric cars, and I'm sending people to Mars in a rocket ship," Musk said. "Did you think I was also going to be a chill, normal dude?"

Musk didn't appear in the show's unconventional and heart-warming cold open, in which cast members and their moms did brief bits for Mother's Day as musical guest Miley Cyrus sang her godmother Dolly Parton's inspirational "Light of a Clear Blue Morning."

But Musk brought his own mother, model Maye Musk, on stage to talk about what he was like when he was 12.

The casting choice brought criticism from those who felt the show was celebrating a man for his exorbitant wealth in a time of great inequality and a man who spread misinformation to his huge Twitter following as he downplayed the severity of the coronavirus pandemic.

Playing on Musk's reputation as an innovator, NBC live-streamed the episode globally on YouTube, the first time "Saturday Night Live" has ever been viewable simultaneously around the world.

Musk took his first stiff stab at acting in the show's first sketch, a mock soap called "Gen Z Hospital," playing a doctor in a fake beard who delivered bad news to a group of youths in their own lingo.

"You all might want to sit down, what I'm going to say might be a little cringe," Musk said. "Your bestie took a major L."

He had small roles in subsequent sketches. He played in one of a party full of people out for the first time after quarantine, and he did a German-ish accent in a bleached, spiked wig as the director of an Icelandic talk show.

On "Weekend Update" he played a character close to himself, donning a bow tie and glasses as a financial analyst named Lloyd Ostertag, throwing an extended plug for Musk's favored cryptocurrency dogecoin.

After "Update" anchor Michael Che struggled to understand, Musk as Ostertag admitted, "Yeah, it's a hustle."

Dogecoin's price, which has been volatile all year, tumbled 23% in the hour after the show began, and fell further on Sunday.

While Musk is likely the wealthiest host of the show ever, Forbes Magazine puts his fortune at $177 billion, several other business leaders, politicians and other non-entertainers have hosted the sketch comedy institution in its more than four decades on the air.

Steve Forbes, a publishing executive from a wealthy family and a longshot presidential candidate, hosted in 1996.

Donald Trump hosted twice, in 2004 as businessperson and host of "The Apprentice" and in 2015 as a presidential candidate. The show's sketches began making him their primary target the following year, but the choice to team with him has brought harsh criticism in the years since.