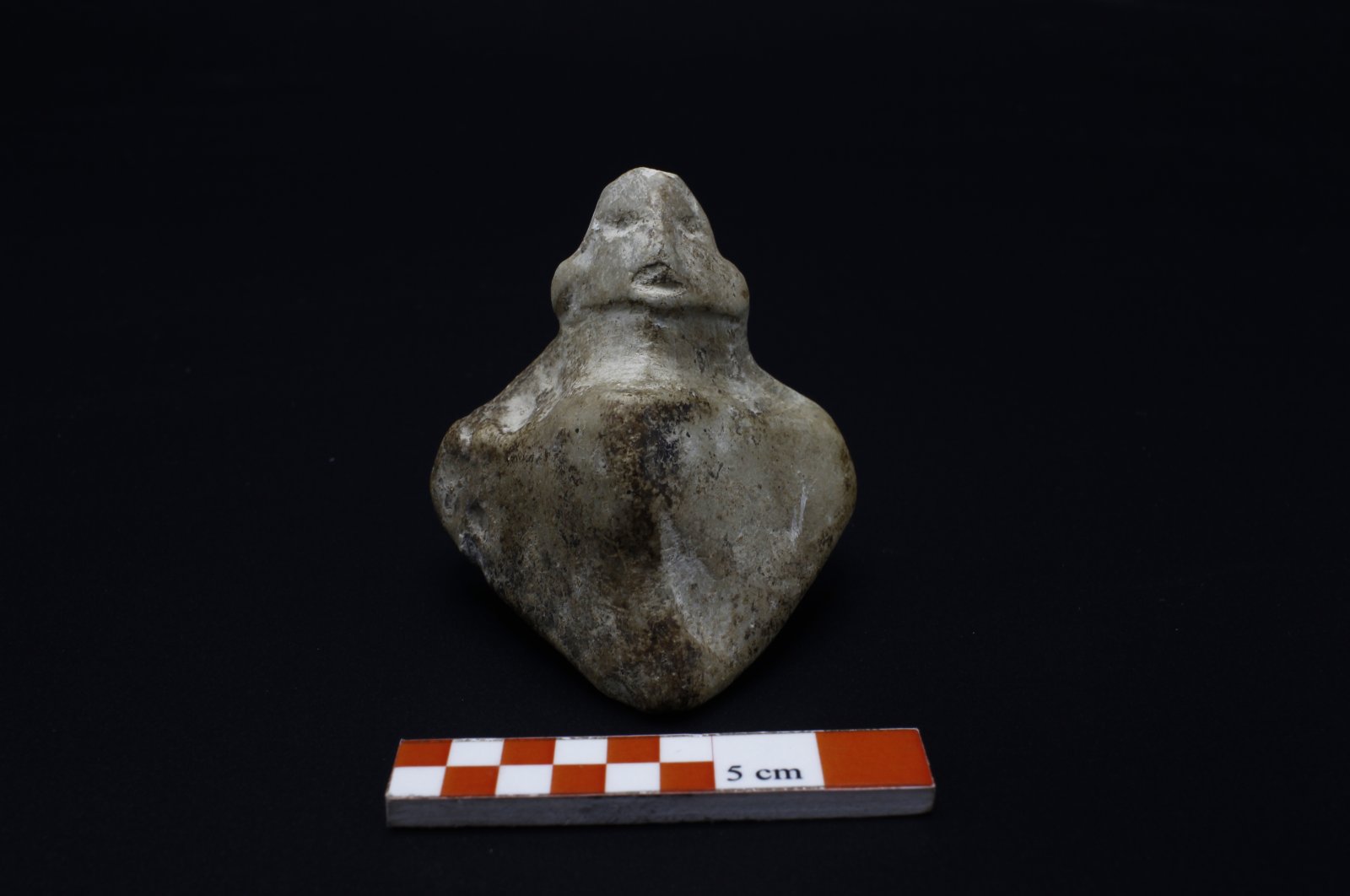 Archaeologists have discovered an 8,500-year-old marble statuette in the Neolithic site of Çatalhöyük in central Konya province.

According to Ali Umut Türkcan, the head of the excavations, the statuette was found during excavations in the southern mound of Çatalhöyük, one of the first urbanization models in Anatolia. It depicts a 5-centimeter-tall (2-inch-tall), reclining human figure in a prismatic form.

Türkcan, who is also an archaeology professor at Turkey's Anadolu University, said that the marble statuette is a rare piece and that there are no signs of gender on the figurine. However, he said, the piece "is reminiscent of figurines identified as male leaning back slightly on the back of an animal, similar to those found in excavations in the past."

Türkcan explained that the shape of the head of the marble figurine is slightly different from the classical ones found in Çatalhöyük. “The head is elongated and is depicted in a triangular form as an extension of the body. On the neck of the figurine, very fine embroidery details are also visible,” he added.

Çatalhöyük, a 9,000-year-old ancient site in what is now central Turkey, was included in the UNESCO World Heritage List in 2012. The site testifies "to the evolution of the social organization and cultural practices as humans adapted to a sedentary life," according to UNESCO.

"Although we think that we are working primarily for scientific findings, this is the beauty of archaeology, sometimes you may encounter surprises. You can expect even bigger surprises at Çatalhöyük. That is why such unique discovery motivates us to work even harder," Türkcan added.

Çatalhöyük, one of the world's oldest-known human settlements, was home to 8,000 people during the Neolithic period. It is now an archaeological site where experts are researching ancient people's social structure, diet and clothing.The initial excavations at the site were done in 1960 by the late British archaeologist James Mellaart.

Significant discoveries have been made over the last 25 years during excavations led by Ian Hodder, an anthropology professor at Stanford University.