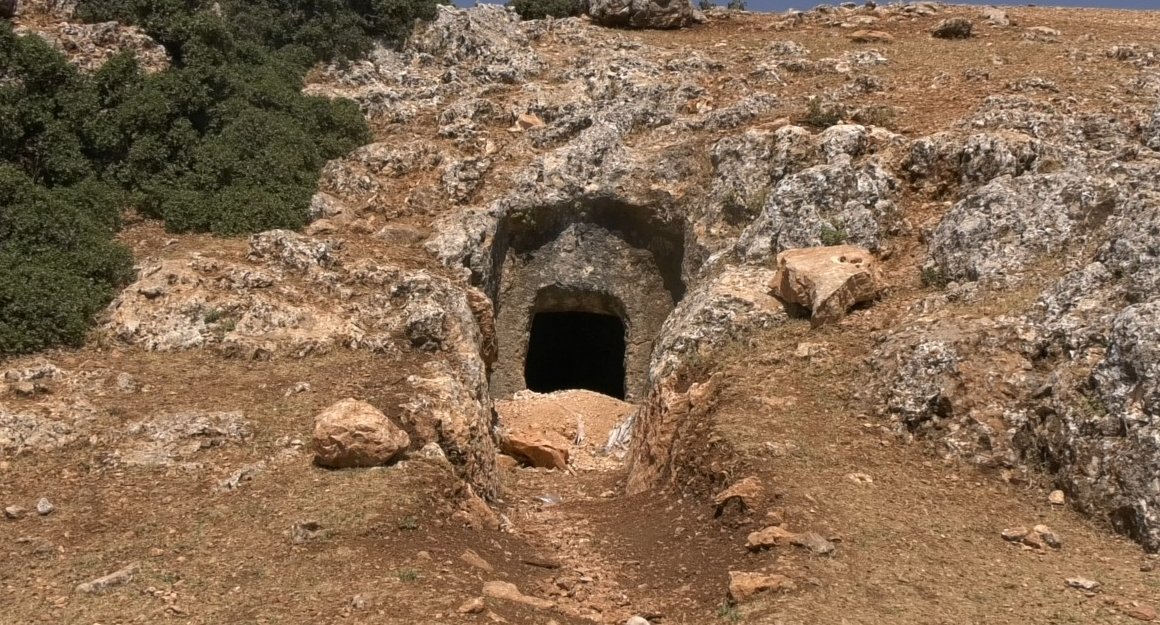 The second period of archaeological excavations started in Kırk Caves, or literally “forty caves,” in the Pazarcık district of southern Kahramanmaraş province. The caves house monuments and rock tombs from the Roman period.

Pazarcık District Mayor Ibrahim Yılmazcan said that the excavations, conducted by the Kahramanmaraş Museum Directorate, are of great importance as the finds will turn the city into a significant tourist attraction.

Stating that they support the efforts to open the caves to tourism, Yılmazcan said, "It is expected that the caves’ rock tombs, which date back to 2000 B.C. and where many aristocratic families, including kings, are buried, will be introduced as a touristic facility.”

“We want to bring this place to world tourism and add value to our district,” he added.

Archaeologists found human skeletons beneath stones in the Kırk Caves, which were used as burial houses. Small bottles containing a liquid substance (possibly tears) were unearthed in some graves here.

The rare rock tombs have a usage area of approximately 4-5 square meters. Featuring carved shelves and triangular prism-shaped small niches to put candles or kindlings on their walls, the tombs provide clues about the lifestyles of Roman nobility.