France returns 26 treasures stolen in colonial era back to Benin 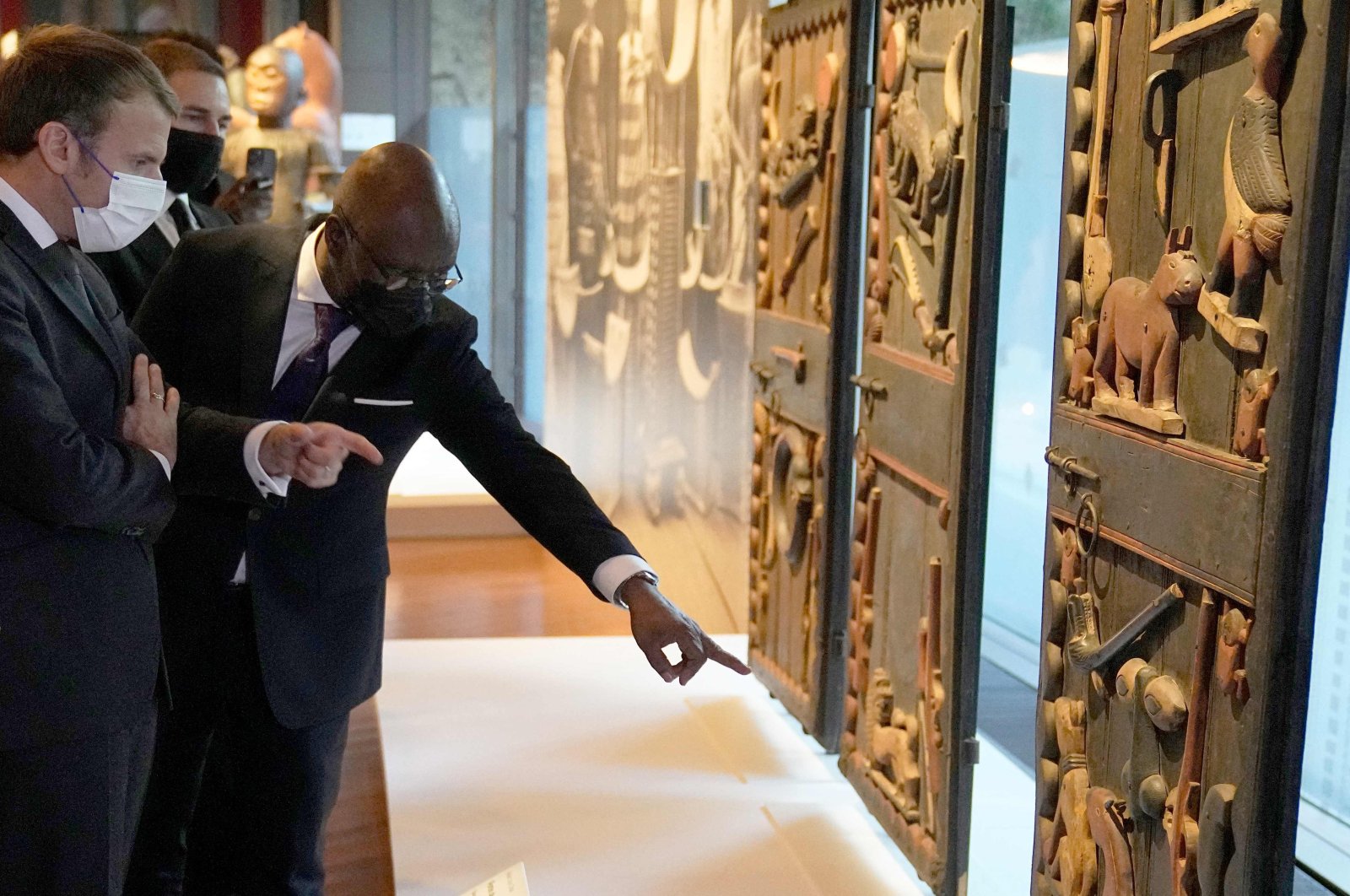 France has returned 26 treasures looted from Benin during colonial times after finalizing and formally sealing an agreement with the former French colony that repatriates the artworks to their rightful homes as part of a promise made by President Emmanuel Macron to restore a lost part of Africa's heritage.

Benin President Patrice Talon and Culture Minister Jean-Michel Abimbola traveled to Paris to bring home the artifacts that were snatched by French forces 130 years ago.

Talon said he felt "overwhelming emotion" at recovering the objects taken during the ransacking of the kingdom of Dahomey in the south of present-day Benin, including a royal throne.

Speaking to reporters at the presidential palace in Paris, where France signed over the artifacts to Benin, Talon said the treasures were much more than cultural goods – the term used by France to describe them.

"This is our soul, Mr. President," he said, flanked by Macron.

The French leader hailed "a symbolic, moving and historic moment" which had been long-awaited by Africans.

The return of the pieces taken from Abomey palace, also including three totemic statues, comes as calls mount in Africa for European countries to return the colonial spoils lining their museum shelves.

In France, most are held by the Quai Branly museum, which has begun a major review of its collection to identify works believed to have been acquired through violence or coercion.

Talon made clear that he saw Tuesday's handover as just the first step in a large-scale restitution process, asking "how do you expect my enthusiasm to be complete" when France still held other key artifacts.

But he added he was "confident" that further restitutions would follow. "Beyond this handover, we will continue the work," Macron promised.

'I can die in peace'

In Benin's capital Cotonou, the return of the prized works was hotly anticipated.

"I get goosebumps at the prospect of being able to see these royal treasures up close, particularly our ancestors' thrones. It's unbelievable," an elder of the Dah Adohouannon community, told Agence France-Presse (AFP).

The restitution is part of a drive by Macron to improve his country's image in Africa, especially among young people.

Before being packed up for the long journey home, the works were shown at the Quai Branly for one last time in late October.

In Benin, they will be exhibited at various sites, including a former Portuguese fort in the city of Ouidah, once a slave-trading hub, while awaiting the completion of a museum in Abomey to house them.

Experts estimate that 85% to 90% of African cultural artifacts were taken from the continent.

Some were seized by colonial administrators, troops or doctors and passed down to descendants who in turn donated them to museums in Europe.

But others were presented as gifts to missionaries or acquired by African art collectors at the start of the 20th century or discovered during scientific expeditions.

An expert report commissioned by Macron counted some 90,000 African works in French museums, 70,000 of them at the Quai Branly alone.

Nigeria said last month it had agreed with Germany on the return of hundreds of so-called Benin Bronzes – metal plaques and sculptures from the 16th to 18th centuries that were stolen from the palace of the ancient Benin Kingdom in present-day Nigeria.

Belgium has announced plans to return several objects looted from what is now the Democratic Republic of Congo.