From Anatolia to Manhattan: Göbeklitepe monolith to find home at UN 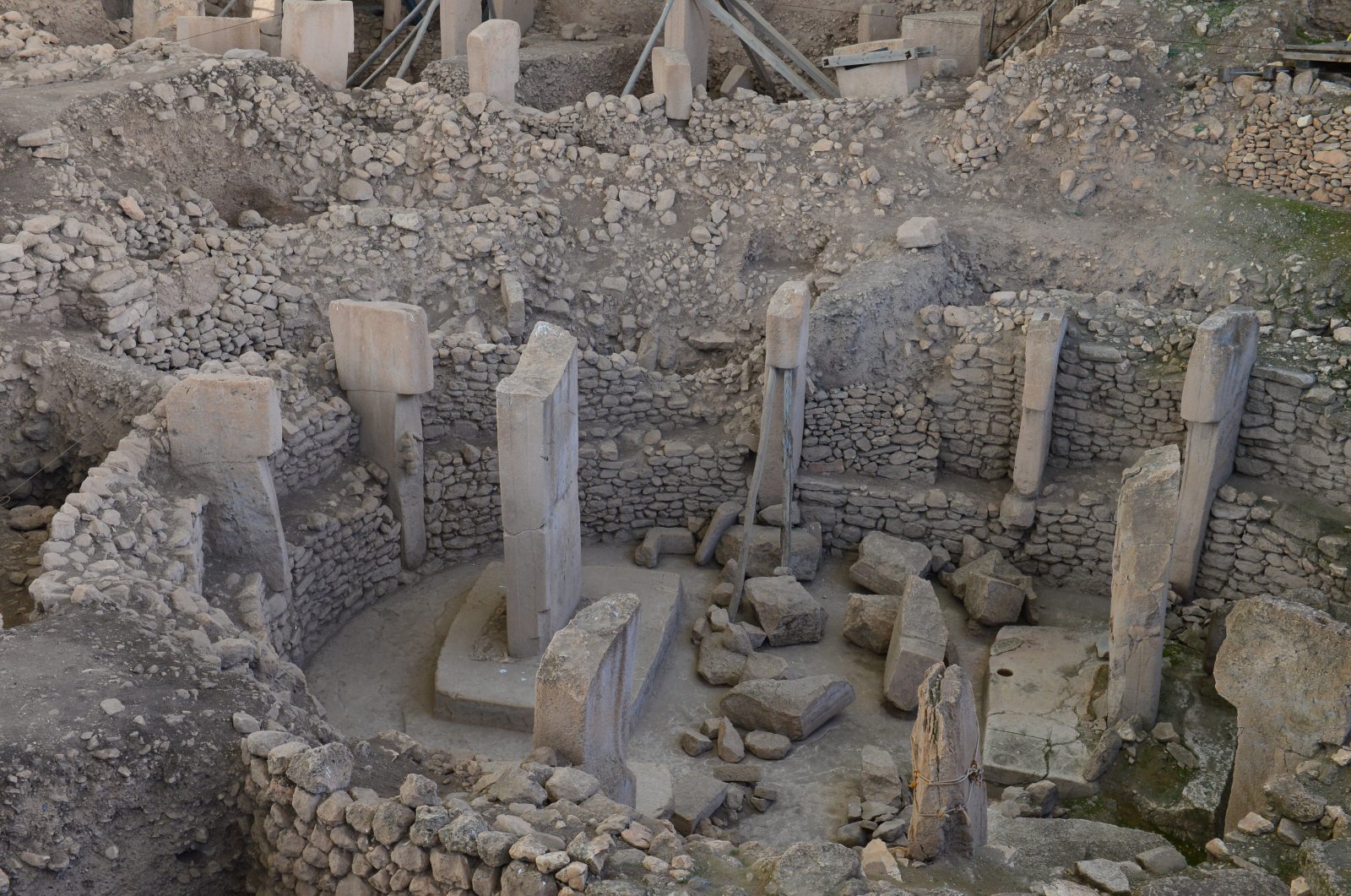 A replica of a massive 5.5-meter (18-foot) ancient monolith from southeastern Turkey will impress diplomats and visitors alike at the U.N. headquarters in New York, Turkey announced Saturday.

The decorated monolith – an exact replica of one from the famed 12,000-year-old remains of Göbeklitepe, known as the world's oldest temple – will be presented to the U.N. as an official gift, said Turkey's Culture and Tourism Ministry

The monolith of Göbeklitepe, which was in the spotlight worldwide in 2019, designated the Year of Göbeklitepe, will be the second Anatolian artifact exhibited at the U.N. headquarters in Manhattan and is set to be on permanent display to help introduce the universal cultural heritage of the cradle of civilizations.

In 1970, an enlarged copper copy of the Egyptian-Hittite peace treaty known as the Treaty of Kadesh – one of the world's oldest examples of diplomatic texts, dating back to around 1280 B.C. – was presented to U Thant, then U.N. secretary-general.

In 2019, preliminary contact was made by Turkish Foreign Ministry officials to present the U.N. a copy of a Göbeklitepe monolith.

Göbeklitepe had been put on UNESCO's World Heritage Tentative List in 2011 and was then fully accepted to the list in 2018 at the 42nd World Heritage Committee meeting held in Bahrain that year. It was discovered in 1963 when researchers from Istanbul University and the University of Chicago were working at the site. Excavations at the site were launched in 1995 by German professor Klaus Schmidt.

Accepted as "the oldest temple in the world" by many international institutions and primarily by the Ministry of Culture and Tourism, the ancient site broke the mold about the history of humanity. Before Göbeklitepe was discovered, we believed people lived in a primitive way 12,000 years ago, reliant on hunting. However, the fact that the temple was erected circa 10,000 B.C. changes our understanding of past civilizations.

To build such a complex temple, settlers must have already learned how to build shelter and cultivate agriculture. It is understood that the people living in Göbeklitepe had developed an advanced understanding of engineering before completely settling and that they also had an understanding of aesthetics as evidenced through the sculptures. But most importantly, the temple proves that even though they were hunters, the settlers had their own beliefs that lead them to build magnificent structures even though faith was previously thought to have no place in primitive hunter societies.

According to UNESCO, the communities that built the monumental megalithic structures of Göbeklitepe lived during one of the most momentous transitions in human history, one which took us from hunter-gatherer lifestyles to the first farming communities.

Various historical artifacts have been unearthed during excavations, such as circular and rectangular pieces 8 to 30 meters in diameter, as well as the world's oldest temple ruins and a 65-centimeter-long (26-inch-long) human statue, dating back to about 12,000 years ago. Through their joint work at the site since 1995, the German Archaeological Institute and Sanliurfa Museum have also found T-shaped obelisks from the Neolithic era towering three to six meters high and weighing 40-60 tons.

Göbeklitepe experienced its “golden age” in tourism after 2019 was declared as "The Year of Göbeklitepe" by Turkish President Recep Tayyip Erdoğan.

Every day hundreds of people visit the temple, located some 30 kilometers (18 miles) from the city center, to truly grasp the importance of faith. "Göbeklitepe is one of the first manifestations of human-made monumental architecture. The site testifies to innovative building techniques, including the integration of frequently decorated T-shaped limestone pillars, which also fulfilled architectural functions," UNESCO's website says.