Gateway to Turkey's city of gladiators raised once again 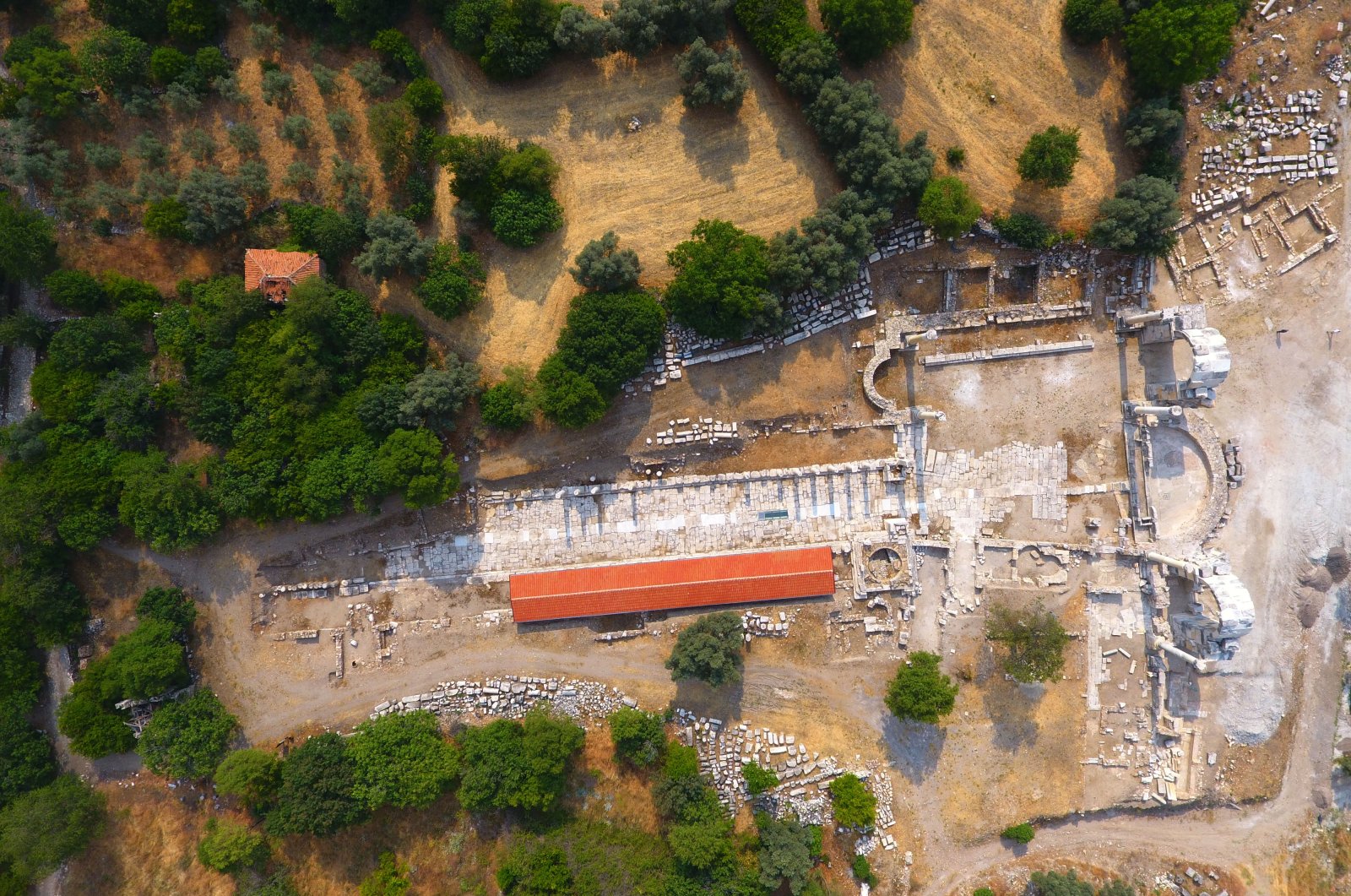 Archaeologists and conservationists in southwestern Turkey's Muğla have recently finished restoring the northern city gate connecting the ancient cities of Stratonikeia, once known as the "City of Gladiators," and Lagina to its former glory.

Excavation, restoration and conservation works continue throughout the year in the ancient city of Stratonikeia, which is on the UNESCO World Heritage Tentative List located in the Eskihisar district of Muğla.

Archaeologists are working meticulously in the ancient city, which is one of the rare places where historical artifacts from the Hellenistic, Roman, Byzantine, Ottoman and Republican periods coexist.

As part of the restoration efforts, the northern city gate and the columns in the square facing the entrance of the city have been raised again.

Professor Bilal Söğüt, director of excavations at the two ancient cities, stated that Stratonikeia was the world's largest marble city and that they started work on the northern city gate two years ago.

Söğüt stated that they carried out excavation and restoration works in the northern gate, the west street, the theater, the village square and newly discovered areas in the ancient city.

The gate to the city of gladiators was destroyed in an earthquake that took place in A.D. 139.

Söğüt emphasized the importance of restoring the gate. "We placed the footstones, arches and even the covers of the arches on the keystones of the gates in stages. Thus, we have raised the gate through which in the past those who came from the Lagina Sanctuary during the Hekate ceremony and the key holders passed," Söğüt told Anadolu Agency (AA).

Söğüt noted that two entrance doors were built on the North Street and their arches were placed above them.

"The area where the northern gate is located is one of the important centers of the city. It is very important both for the city and for the ancient period. Because this is the only place in ancient Anatolia that has two entrances like this. There are two entrance gates here and a fountain monument between them. It has two facades. It is decorated with floors and statues," he said.

Söğüt noted that they raised all the elements of the Classical, Hellenistic, Roman, Byzantine and Turkish periods in stages and made it an area for visitors to journey through history.