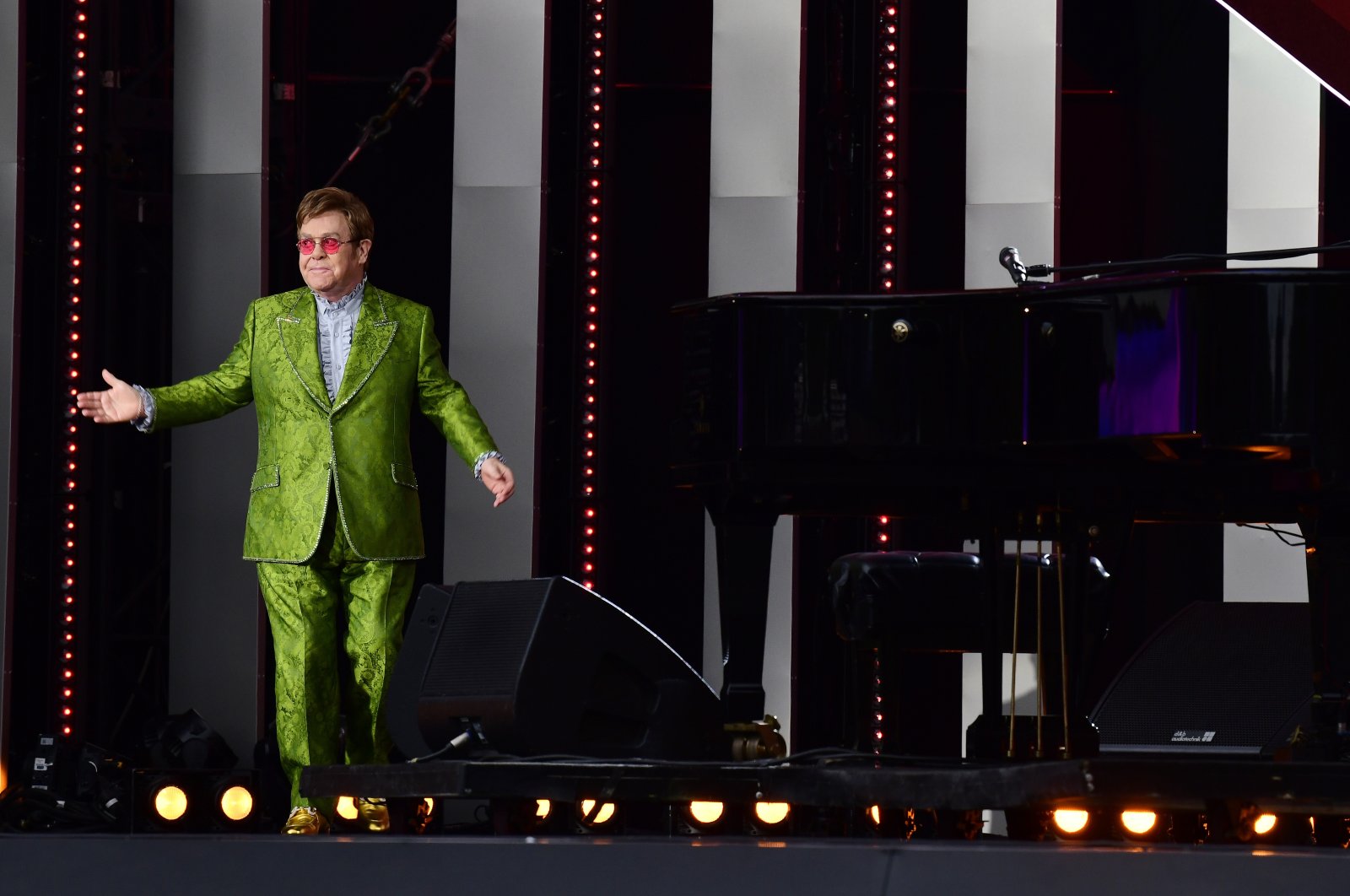 Age is no barrier for creativity, and that certainly seems to be the case with musical icon Elton John. At 74, he still possesses a musical taste far cooler than most people half his age, although he struggles with a dodgy hip.

While most aging rock stars are happy to rehash the sounds of their glory days, Sir Elton is more likely to be found in a studio with the likes of Young Thug, Nicki Minaj and Lil Nas X.

Admittedly, many of the collaborations for "The Lockdown Sessions," his new album out Friday, had to happen over Zoom due to the pandemic, but it remains a testament to his omnivorous taste for new sounds.

"If you're my age and still learning from other musicians, that's the greatest gift of all," said John.

He was speaking in a press call last month ahead of a hip operation that has forced him to postpone several dates from his long-running farewell tour.

"If you shut your mind off and say you can't learn anything more ... that's the dead end," he said.

"I'm more excited about music now than I've ever been."

That approach is why the Rocketman has achieved the unparalleled feat of at least one single in the British top 10 in each of the last six decades – 33 in total.

"It gave me a thrill to see Young Thug come into a studio and freestyle. He just sat down at the microphone and off he went. I was blown away," John said.

It's an attitude that also means he doesn't want any deference from his young collaborators, despite them knowing they are working with a guy who has sold more than 300 million albums.

"When (27-year-old dance star SG Lewis) gave me the first version of our song, it was too Elton John-ish. I said 'Just obliterate it – turn it into an SG Lewis track', and he did," John said.

"I think he was frightened to insult me. But I wanted to be insulted! And he got there in the end. He didn't insult me at all – he made the record that I wanted to make with him."

"The Lockdown Sessions" brings together new tracks as well as recent collaborations for albums by other artists, including his song for the last Gorillaz album and his cover of "Nothing Else Matters" that he recorded with Miley Cyrus for the 30th anniversary of Metallica's "Black Album."

In some ways it marks a return to his roots.

"I was a session musician before I became Elton," said the British star, who was born Reginald Dwight.

The Lil Nas X track, he said, was recorded in the same Abbey Road studio where he played backing piano for The Holly's "He Ain't Heavy, He's My Brother" 54 years earlier.

Having never lost his love of record stores, keeping his finger on the pulse comes naturally.

He rattled off a list of emerging artists that have barely registered with the mainstream media yet, including Trinidadian rapper Berwyn to teenage singer-songwriter Morgen.

He has also used his radio show "Rocket Hour" on Apple Music to feed his habit.

"It's given me access. When I play a record I love, I interview them on the show or phone them up.

"It's important to me to offer friendship and authenticity," he said, recalling how musicians like The Beach Boys and The Band reached out and encouraged him when he first went to the United States in the 1970s.

Having worked with almost every major pop star of the past half-century, is there anyone left on his bucket list?

"Something with Billie Eilish one day," he said. "But not yet, because she's still forging her own path."