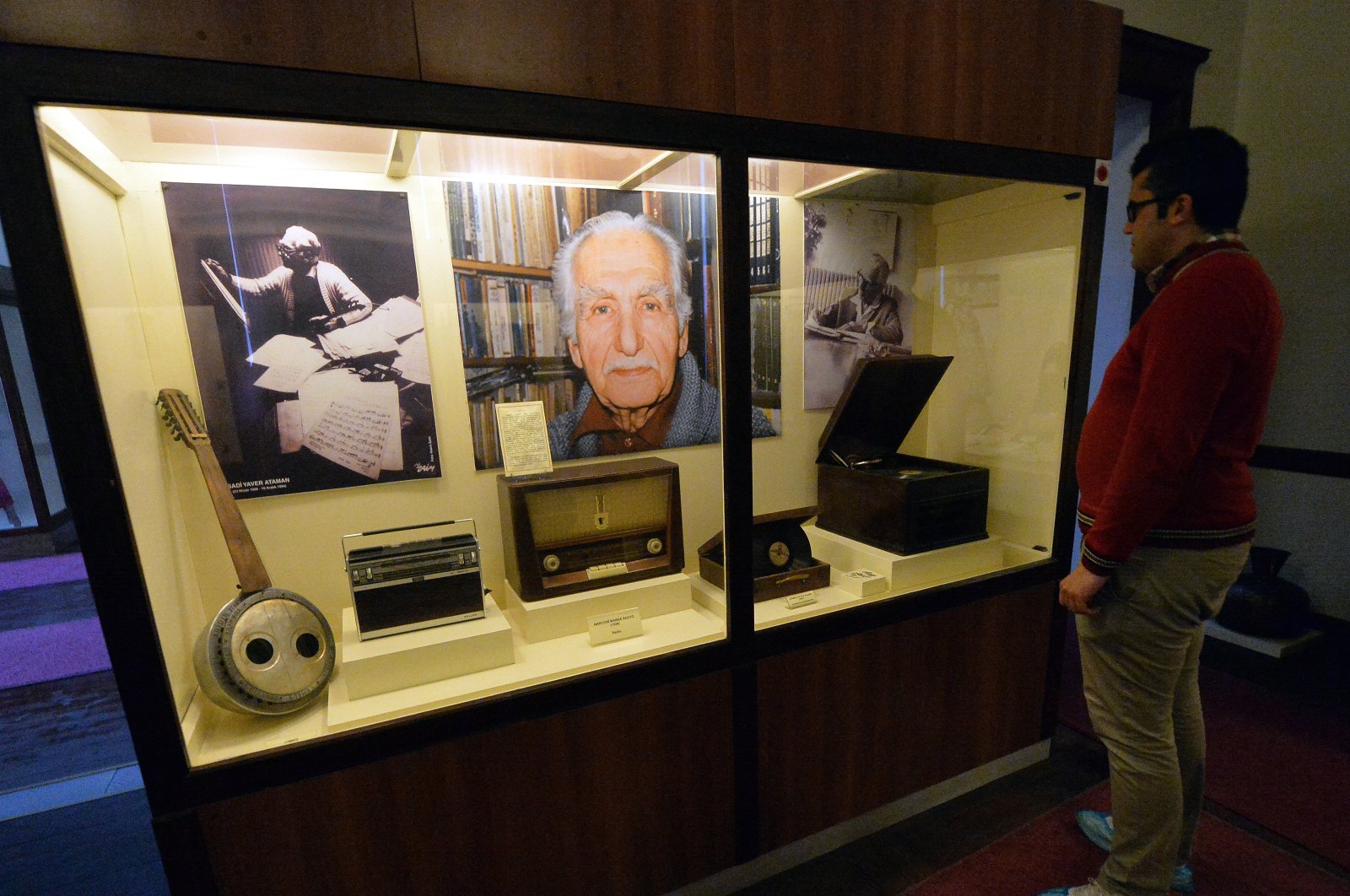 Some items and photographs belonging to Turkish musicologist, folklore expert, educator and state artist Sadi Yaver Ataman are exhibited at the City History Museum in Safranbolu town of northern Karabük province. The town is famous for its historical buildings that include frame houses, mosques, inns, Turkish bathhouses, fountains and shrines and is listed among UNESCO World Heritage sites.

The district governorate of the town has created a corner in the City History Museum for Ataman, who has brought thousands of folk songs and melodies to Turkish culture through field research and performed folk songs with his baglama in the presence of Mustafa Kemal Atatürk, the founder of Turkish republic, twice. The musical cabinet, musical instruments, radios, phonographs and notebooks and folk song lyrics and awards of the artist have been placed in this section.

The visitors to the museum learn about the life of Ataman, who has produced nearly 40 works throughout his career, served in bringing folk dances to light and keeping them alive according to their original state, and wrote folklore and folk music articles of major encyclopedias.

In an interview with Anadolu Agency (AA), investigative writer Aytekin Aytekin said that Ataman is the son of one of the well-established families in Safranbolu and that he quit his medical education because of his interest in folklore.

Aytekin stated that Ataman internalized the folkloric values of all the provinces and districts of Turkey and was instrumental in transferring them to the present day, adding that he was a very valuable artist who served in many important institutions.

Recalling that Ataman was awarded the title of “state artist” for his services to the country, Aytekin said that the artist passed away in 1994. “A portrait of Sadi Yaver was placed in the City History Museum in Safranbolu as a sign of loyalty so as not to forget what he added to the regional and national folklore. Later, his family donated his music table and other materials to the museum,” he noted.

On life of musicologist

Ataman was born on April 23, 1906, in Ioannina in Greece, where his father was an officer. After completing his primary and secondary education in Safranbolu and high school in Istanbul, he got to the Faculty of Dentistry of Istanbul University. However, due to his passion for music, he quit school and entered the Istanbul Conservatory, which was called Daru’l-Elhan back then. Ataman took lessons from historian and poet Mehmet Fuad Köprülü during his education and graduated from there in 1930.

Ataman entered government service as a music teacher from 1930-1931 but resigned from his post in 1938. He also served as the manager of Ankara Radio Folk Music broadcasts between 1938 and 1940. He was elected mayor of Karabük in 1940 as an independent candidate and also served as president of Karabük People’s House.