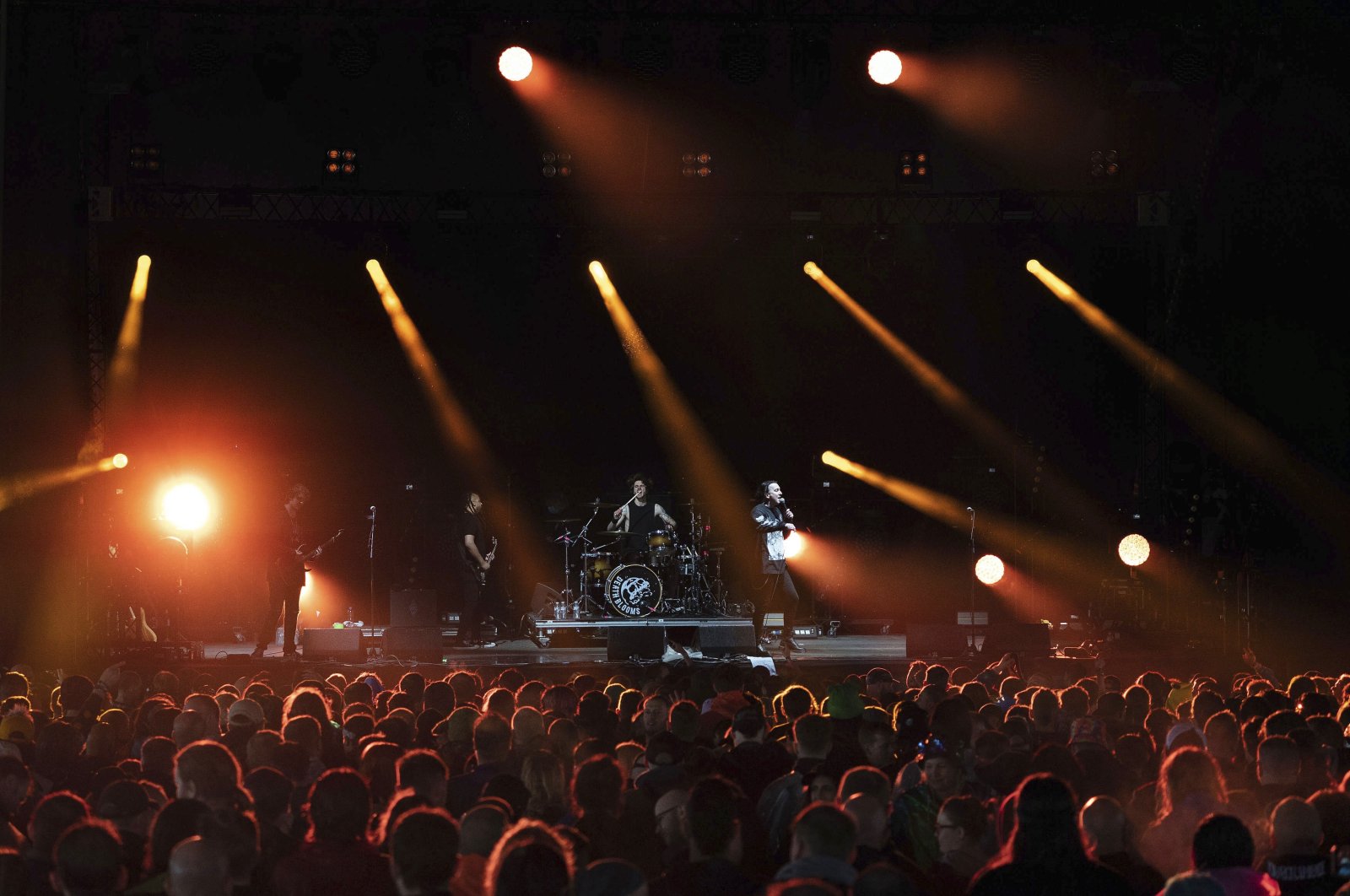 The U.K. had its first full music festival since the start of the COVID-19 pandemic Saturday as thousands of heavy metal fans were camping and singing while enjoying the event.

The three-day Download Festival, taking place at Donington Park in central England, is one of a series of test events to see whether mass gatherings can resume without triggering outbreaks of COVID-19. About 10,000 fans, a tenth of the festival’s pre-pandemic attendance, secured tickets to watch more than 40 U.K.-based bands including Frank Carter & The Rattlesnakes, Enter Shikari and Bullet for My Valentine.

Attendees all took COVID-19 tests before the event, and don’t have to wear masks or follow social distancing rules during the festival. Promoter Andy Copping said there was a "real sense of euphoria” at the event, which runs through Sunday, despite the wet weather lashing much of the U.K. after several weeks of warm sunshine. "It wouldn’t be Download unless there was a bit of rain,” he said.

Concertgoer Alexander Milas said rain and mud would not mar the event. "In a way, it makes it better,” he said. "It is amazing how that brings people together. The sheer misery and joy of being around a lot of like-minded, really wonderful people. I feel like it is perfect because it’s like ‘Weather be damned, we are going to have a great time.’”

Britain has recorded almost 128,000 coronavirus deaths, the highest toll in Europe. The government has delayed the lifting of remaining social and economic restrictions for four weeks from the planned June 21 date amid a rise in cases driven by the highly contagious delta variant first identified in India.

Health officials are aiming to give everyone 18 and over in the U.K. a first dose of vaccine by July 19 and to have everyone over 50 fully vaccinated with both doses. All mass events in Britain were canceled in March 2020 when the country entered the first of three lockdowns.

Crowds are starting to return to performances and sporting events as part of the pilot program, with capacity limits being increased despite a nationwide surge in infections. A Euro 2020 soccer semi-final and the tournament final at Wembley Stadium in July will be played in front of 40,000 fans, about half capacity. The government plans to allow full-capacity crowds of 15,000 to watch the women’s and men’s Wimbledon tennis finals on July 10 and 11.