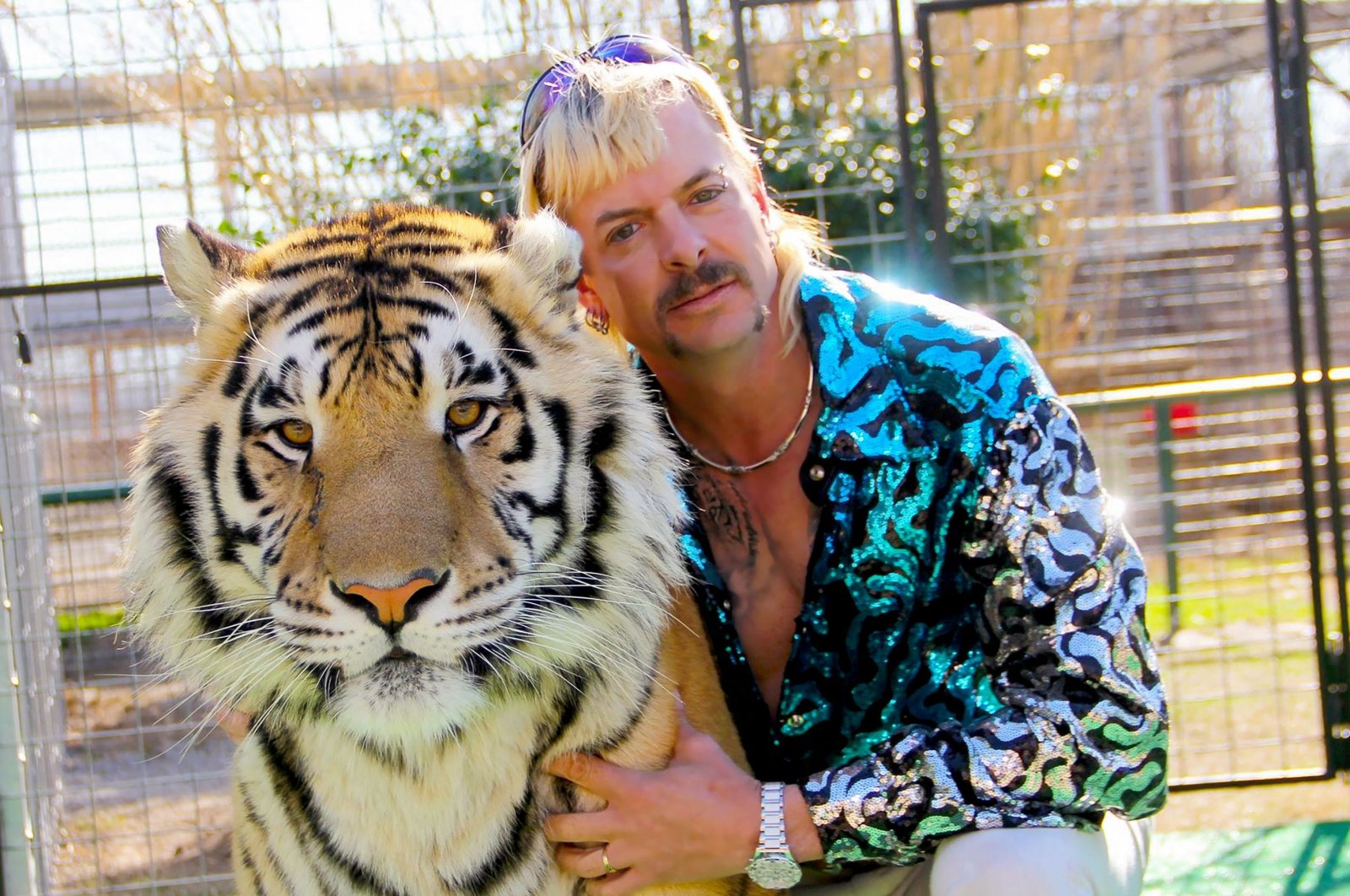 Hoping to follow up on its early-pandemic TV hit, Netflix is forging ahead with "Tiger King 2," already the subject of a legal battle with Joe Exotic in prison.

The sequel series catches up via phone with an aggrieved Exotic, the mullet-wearing zookeeper and big-cat aficionado who was jailed for ordering a hit on animal sanctuary owner Carole Baskin.

"There's an innocent man in prison," says Exotic in the trailer. "Everybody from the zoo is out there making money and I'm paying the price for every one of them people."

While Exotic's 22-year sentence was struck down in July, he remains convicted of a murder-for-hire plot and federal wildlife law violations, and is awaiting re-sentencing.

But "Tiger King 2" also focuses on arguably the original's most controversial sub-plot – the disappearance of Baskin's first husband, Don Lewis.

The first series – watched by 64 million households in its first four weeks after its March 2020 release – prominently featured Exotic's wild and unsubstantiated claims that Baskin fed her husband to her sanctuary's tigers.

Baskin denies any involvement in her husband's disappearance, and refused requests to participate in the sequel, telling producers to "lose my number" and even suing Netflix.

Calling the first series "harsh and unfair" and slamming its implication that she was involved in her husband's presumed death as "pernicious," the lawsuit contends Baskin only signed up to appear in the original.

"(T)he Defendants are in breach of the terms of the Appearance Releases," which Baskin signed, it says.

But a Florida court has denied Baskin's request for a temporary restraining order, and Netflix has reportedly shot back with legal filings supporting its right to use footage of Baskin in the sequel.

Netflix did not respond to a request for comment on the lawsuit, but released interview footage from "Tiger King 2" discussing Lewis' alleged links to "really bad men."

"Carole told me that he hung around with a lot of unscrupulous types of people. Maybe he stuck somebody for some money, and they caught up with him," says her ex-boyfriend Alan Schreier.

"He did horrible stuff to Carole. But by the end, he made a mess," he adds.

Also set for a return are Jeffrey and Lauren Lowe, a pair portrayed as swingers who took over Exotic's zoo after his arrest.

They were ordered to turn the petting zoo over to Baskin last year, and later had dozens of lions and tigers seized by U.S. wildlife officials over mistreatment concerns.

Netflix has not made preview episodes available, meaning its promise of "more madness and mayhem" will need to wait until Wednesday.