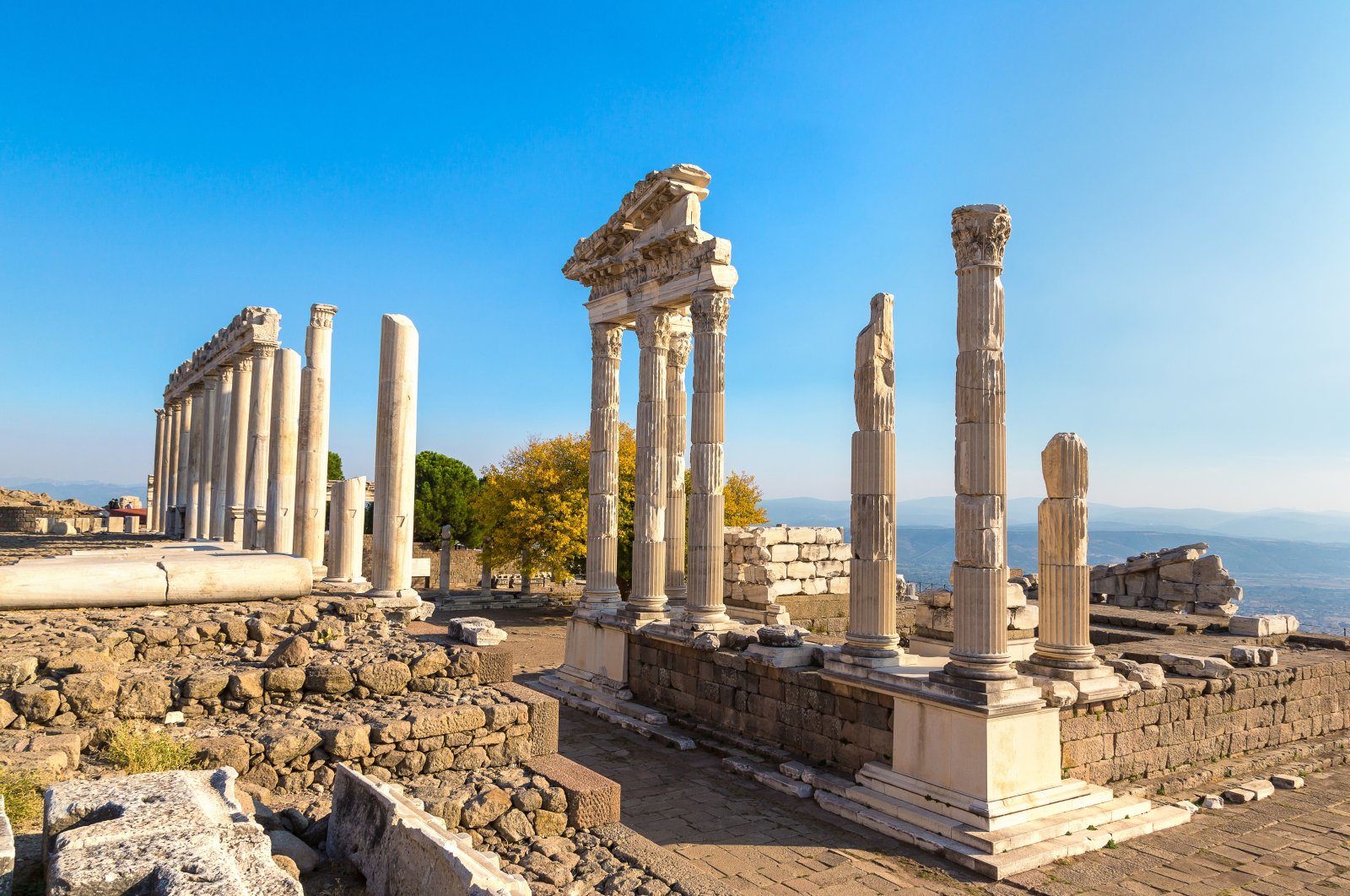 Maps detailing the ancient city of Pergamon, located in the Bergama district of western Turkey's Izmir province, have been modernized and digitalized for better accessibility, by the German Archeological Institute in collaboration with the Turkish Ministry of Culture and Tourism.

The German Archeological Institute has mapped out 12.5 square kilometers of the ancient city of Pergamon and made it available on its digital platform, while archaeological work at the UNESCO World Heritage site is ongoing. Felix Pirson, honorary professor at Leipzig University and the first director of the German Archaeological Institute in Istanbul since 2006 and director of the Pergamon excavation team, stated that the new maps served as a geographical information system. Pirson noted that there were deficiencies in previous databases of the ancient site, so it was necessary to update the maps and better visualize Pergamon in the third century B.C.

Pirson pointed out that they received support from the Bergama Municipality and Bergama Museum and that numerous architects, engineers, archaeologists and IT specialists had collaborated to complete the project.

Pirson said that the digital work offered a new foundation for future studies. “It is possible to see many ancient sites on the maps, and new data can also be integrated. We have added the work of the last 30 years, as well. Archaeologists and tourists only look at the Acropolis. However, Pergamon does not consist only of the Acropolis; it is a city," he told Anadolu Agency (AA).

Pirson pointed out the benefits of the new maps, stating that they included previously unknown or unseen areas. “Pergamon is a city built on top of a hill during the Hellenistic period, but in the Roman era, it reached much wider borders. These parts were not researched because old maps did not exactly include them. So, the new maps have been surprising for me as well. They contain a lot of information and links. It gives us much more accurate information on the city,” he said and added: “We decided to adopt an open database system and share the ancient features of Bergama with the whole world. We want this information to reach a large number of people.”

Pirson stated that the maps were interactive with information on each of the archeological structures, including “tumuli,” mounds of earth and stones raised over a grave, in Pergamon. Pirson also pointed out that archeological work continued around the tumulus and Asclepeion, ancient Greek healing temple, sites and that new information would be added to the database as they surfaced.

The interactive digital maps can be accessed through the official website of the German Archaeological Institute, in the Turkish, German and English languages.