On death: How did mortality shape philosophical thought? 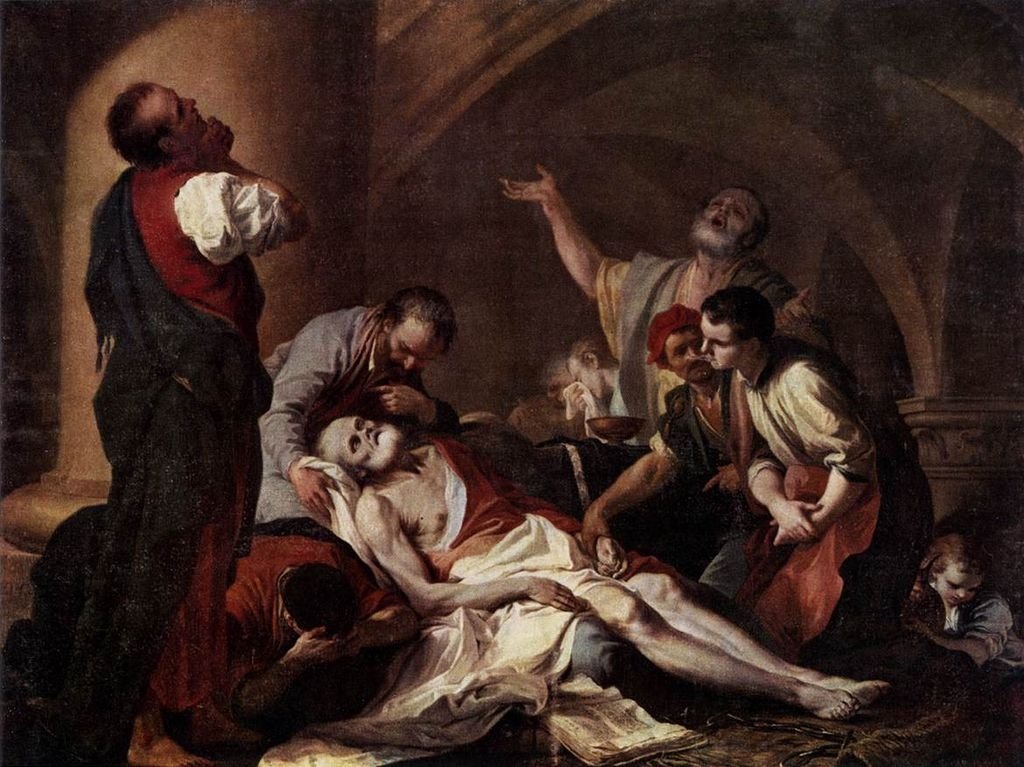 In “Hayy ibn Yaqzan,” a philosophical novel and an allegorical tale by Andalusian polymath Ibn Tufayl that is considered the best of the auto-didactic works written by Muslim philosophers, man can only gain deep thoughts about life and himself by recognizing death.

In the story, Hayy ibn Yaqzan, who lives in the forest with animals, is deeply shaken by the sudden death of the mother gazelle. He then goes on to discover the meaning of existence through death and realizes what humanity is by the qualities that distinguish it from all living things. Establishing a connection between a person's self-knowledge and death constitutes an attitude compatible with the heritage of humanity. The same theme is constantly handled in mythology and fairy tales, with the beginning of philosophical thinking dating back to thoughts on death.

In “The Epic of Gilgamesh,” one of the oldest known stories in the history of humanity, the story of Gilgamesh, who has attained absolute power and sovereignty and fails to uncover the secret of immortality, is the common fate of humanity. No matter how long we live, everything will end and pass, and we will die one day. While people were asking the wise man Luqman al-Hakeem to find a cure for the diseases of the body, he was looking for the elixir of immortality. In fairy tales, in which everything is possible, the only impossible thing is immortality. While everything is going well, it is said that “the one who disperses the troops and separates the lovers suddenly appears,” which implies the occurrence of death.

The attitude toward death has played a decisive role in the birth of philosophy, more precisely, in the systematization of philosophical thought as we follow it today. Socrates was trying to teach people to think and encouraging them to move beyond habits and customs. As a result, the Athenians accused him of disbelief and sentenced him to death. The power of Socrates' philosophy would manifest itself at this point. Socrates was able to set aside a way of thinking and a moral order for those that followed in his footsteps when he courageously faced the death that everyone feared.

Back to the story of Ibn Tufayl, the death of the gazelle prompts Hayy to think after mourning. This thinking is actually the purpose of Ibn Tufayl writing the work. The main issue of the story is: What can a person know and do? The loneliness brought on by the loss leads Hayy to carefully consider this fundamental problem. He is able to overcome the loneliness and fear of death with a positive attitude and finds a way to improve life without being subject to introversion and despair. At this point, it should be remembered that Hayy’s attitude needs a deep and up-to-date analysis. In other words, it is necessary to see that the fear of death and loneliness open space in the mind and force it to think, and as a result, humanity can maintain its existence by managing a big problem. It is not always possible for a fear – fear of death or loneliness – to lead a person to positive behavior. Sudden great fears, destruction and loneliness can cause people to withdraw, tear them away from life and abolish their values. Since the situation in Hayy's tale triggers a confrontation with fear, the author used the process to explore the ability of human beings to manage major events. The ability to handle traumatic events should be one of the most important aspects of the story that draw our attention. We can realize our strength after major shocks, and we can find who we really are only by walking the path of true solitude.

Hayy's situation is similar to that of Adam; in fact, Hayy is an interpretation of the story of Adam.

The connection between Adam's approach to the tree and the fear of death was mentioned in different verses; perhaps the divine wants us to remember this with special care. We forget this aspect because the “sinfulness” that comes with getting close to the tree draws our attention to guilt by concealing it. Adam and Eve approached the tree when Satan had shown them that immortality was there. Being able to get close to the tree would make them immortal, in this way they would become “eternal” beings and acquire “inexhaustible power.” It is obvious that the dominant traditions of Islamic thought do not pay enough attention to this big and fundamental issue, and instead of exploring the depths of human nature and finding human contact with God, they rely on more traditional narratives. In this, the exhaustion of the event in Christian theology by focusing on the problem of “sin” and choosing the ease of accusing man against the graces of God is also influential.

All of humanity sought what Adam had sought by approaching the tree, that is, “ab-ı hayat” (the fountain of youth or elixir of life), and still continues to do so in other ways. The desire for eternity in all of us was also present in Adam. For this reason, living is not enough for every person. The fear of death provokes us while we live, loneliness scares us. In Hayy’s story, readers do not see the desire for immortality. The loneliness that emerges with the fear of death opens the way for Hayy to think, and as a result, he discovers the principles of morality and determines the way to live a humane life. Therefore, the loneliness he experiences with death means the beginning of his emerging from the dark and realizing the events as they are. Muslim philosopher and scholar Ibn Arabi, on the other hand, draws our attention to the deep passion for existence contained in the fear of death and thinks that the love of existence underlying this fear directs people. It seems that this is what happened in Hayy’s story. He discovers the love of life in the reality of death, he truly enjoys self-knowledge and deep self-love, and he establishes a new relationship with existence through moralization.