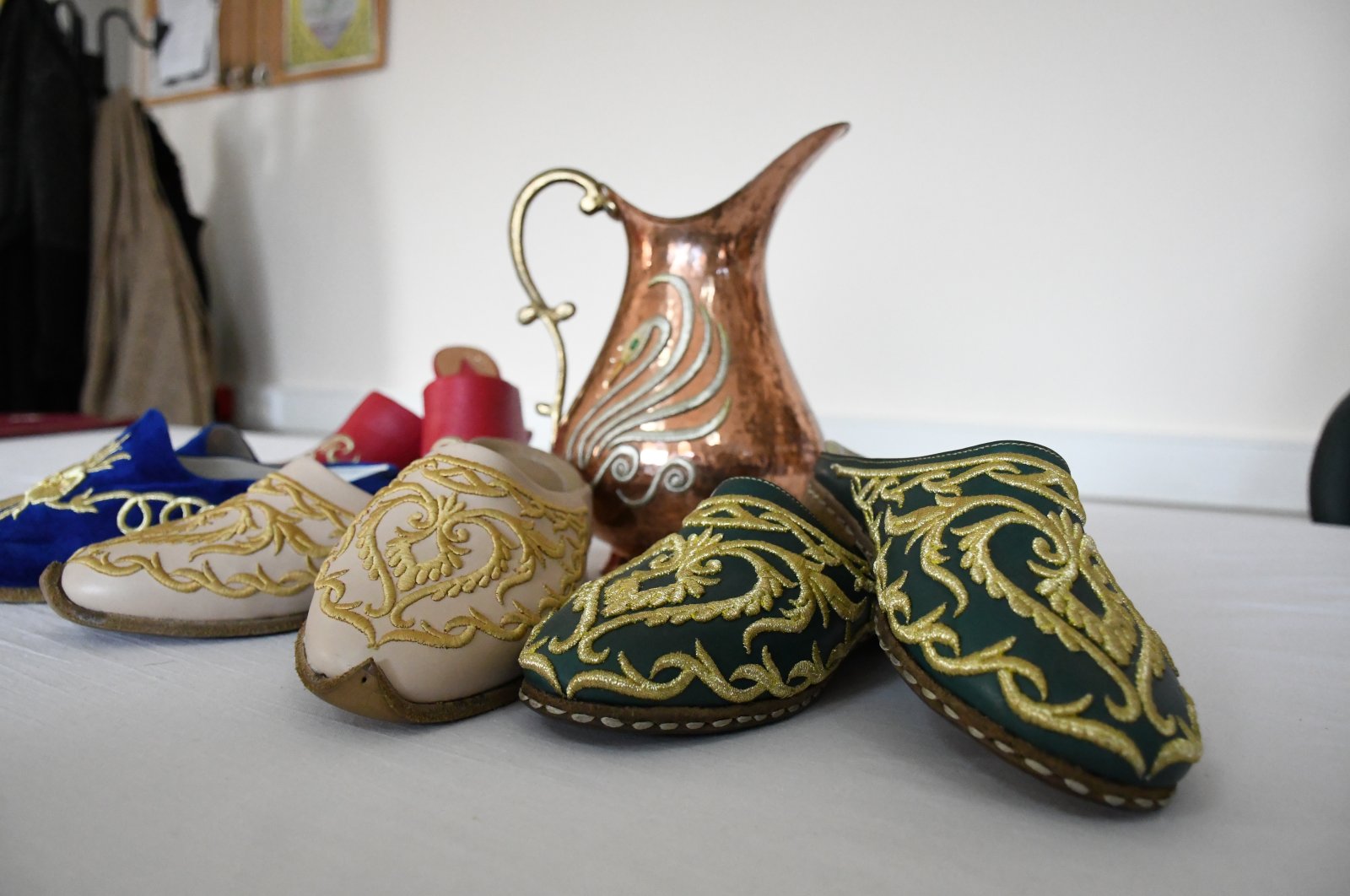 The traditional handcraft of "sim sırma,” which is a kind of Turkish passementerie indigenous to southeastern Kahramanmaraş province, is being passed on to future generations with new innovative designs on new objects. Masters at Kahramanmaraş Technical Institute are developing modern versions of the art of the local historical embroidery style as part of their aims to research, archive and develop the region's culture and traditional handicrafts.

The traditional sim sırma, which is also called "Maraş trimming" and protected with a geographical indication, involves creating elaborate trimmings or edgings with gold or silver cords for clothing and furnishing. It was seen as the symbol of elegance and unique aesthetics in the past. Therefore, the passementerie historically adorned the trousseaus of Ottoman court figures like Sittişah Hatun, the third wife of Sultan Mehmed II, also known as Mehmed the Conqueror, and Emine Hatun, the wife of Sultan Mehmed I along with the trousseaus of other young women who were preparing for their marriage.

Works have been underway to preserve and promote this Turkish art at Kahramanmaraş Technical Institute. The institute synthesizes the research with innovative approaches and turns artistic thought into practical products. The new designs that the masters of the institute invent bring a fresh take to traditional art while making it more attractive for younger generations.

Mutlu Arslantürk, director of Kahramanmaraş Technical Institute, told Anadolu Agency (AA) that sim sırma held a significant place in the culture of Kahramanmaraş. Arslantürk pointed out that this passementerie had an ancient history and that they were working on various projects to secure its future.

The traditional embroidery style usually involves stylized motifs of roses, tulips and gillyflowers. It is used in the decoration of several things including clothes, Quran binders and bindallı kaftan, a traditional variant of robe or tunic. Arslantürk said that they have used it with new designs on several modern materials and objects such as shoes, bags, ties, chandeliers, brooches, gift boxes, mirrors and ornaments. “We wanted to show people that this art can be applied to other objects. For example, we have used natural leather and felt to embroider by turning them into practical objects."

“Today, we hope to show new and centuries-old patterns of sim sırma can be used on everyday objects. With our work, we want to bring this art closer to people,” she said. Arslantürk also stated that the conditions and life experiences of the women of the region are represented in the sim sırma works and that the designs and patterns on the fabrics and clothes reflect their stories.