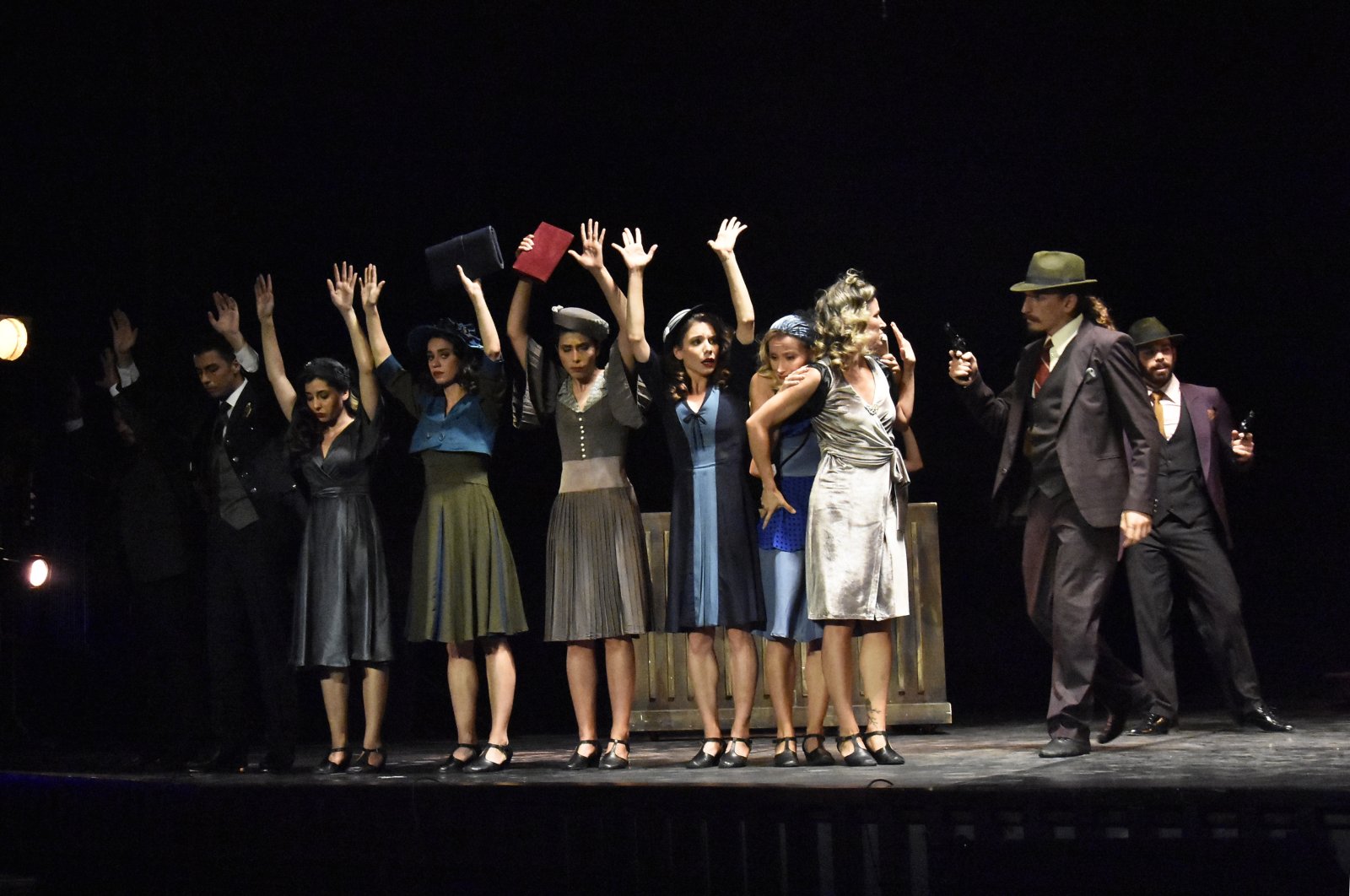 The International Bodrum Ballet Festival, which brings together distinguished ballet and modern dance works from Turkey and the world, is presenting a real art feast to audiences with a rich program and fascinating performances. The 18th edition of the festival, held in the Bodrum district of southwestern Muğla province, opened with the musical "Gangster" on Monday at the Bodrum Castle.

The musical was performed by the Ankara State Opera and Ballet Modern Dance Society with fascinating choreography by Nilgün Bilsel Demireller. Çağda Çitkaya was responsible for the decor and Gazal Erten prepared the costumes for the event. The music compositions were arranged by Bilgehan Erten, and Tahsin Çetin dealt with the light design.

The musical tells the story of a gangster robbing banks that the public blames for the troubles they experience during the economic crisis. It bears traces of the life of John Dillinger, considered a "folk hero" in the U.S. of the 1930s, but wanted by the police as "a public enemy." The work brought the U.S. of the 1930s to Bodrum with its jazz and big band performances, as well as its tap, rock and roll, Charleston, twist dances and period costumes. Attracting the audiences with its elaborated presentation, the musical received a standing ovation.

The festival will continue to offer spellbinding performances of renowned works, like the “Carmen” and “Frida” operas, in the touristic hot spot of Bodrum on the Turkish Riviera until Aug. 17.