'On Broadway' provides glimmer of hope, silver lining for theaters 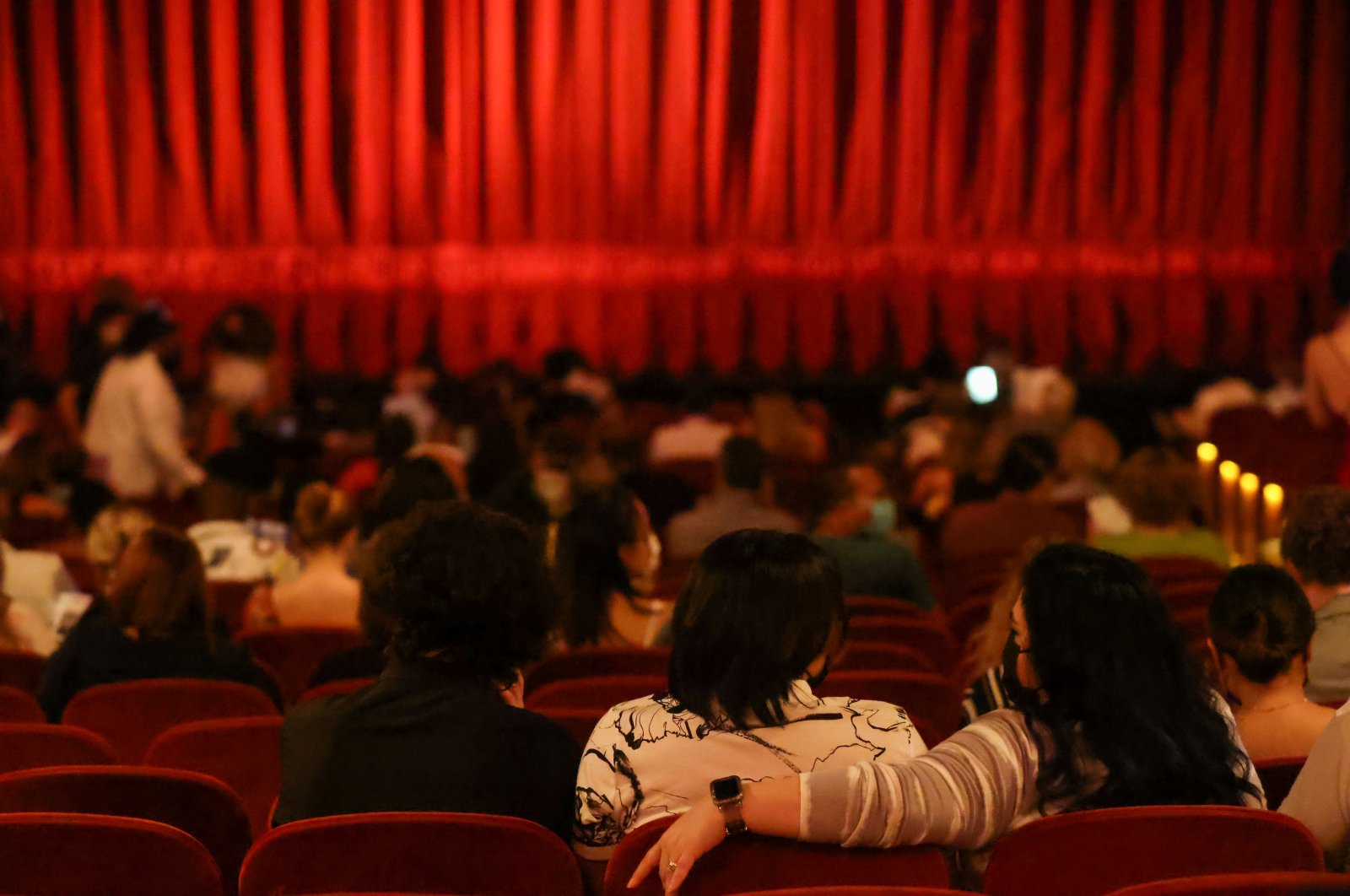 Guests wait in their seats on the opening night of previews for "Pass Over," following the 17-month shutdown of Broadway due to COVID-19, at the August Wilson Theater in New York City, U.S., Aug. 4, 2021. (Reuters Photo)
by Associated Press Aug 23, 2021 10:31 am
RECOMMENDED

Broadway experienced its longest shutdown in history due to the global COVID-19 pandemic, and has been struggling to find a foothold since reopening. But it isn't the end of the world, and it isn't the first time that the iconic theater organization has faced such dire straits. That's the message of "On Broadway," a new documentary celebrating the history of the Great White Way.

"Broadway is resilient," said the film's director, Oren Jacoby. "The story of that resilience is really the message. And we hope that inspires people and will make them want to support the arts and want to go back to Broadway."

The 85-minute film traces how the fortunes of New York's theater district have gone up and down over the decades, crashing in the late 1960s after enjoying a Golden Age in the '40s and '50s.

Though hard-hit by the pandemic, the film offers hope that a rebound is possible.

"The film is a celebration about this ability of Broadway to reinvent itself," said Jacoby. "Broadway kept finding new ways to attract audiences and respond to the times and be in a meaningful way a part of people's lives."

Broadway was on top in the '40s and '50s when big, lush musicals – "West Side Story," "Kiss Me, Kate" and "Oklahoma" among them – were what played on the radio and drove Hollywood films, while Arthur Miller and Tennessee Williams made playwrighting a high art.

All that crashed as New York City flirted with bankruptcy in the early 1970s and pop music shifted away from musicals. From 1968-1972, attendance on Broadway went from 10 million to less that 5 million, a precipitous decline. The documentary makes the point that Broadway had suddenly become uncool, what your grandparents liked.

A large part of the problem was with Times Square itself, which had become seedy, filled with junkies and hustlers. Lithgow calls it "a rat hole" and Tommy Tune tells of his visiting mom crying when she first saw his apartment in adjacent Hell's Kitchen.

"On Broadway" explains how live theater clawed its way back, with city leaders cleaning up Times Square and with such creative geniuses as Stephen Sondheim, Michael Bennett and Bob Fosse making theater an edgy, sexy draw again.

Interspliced with the past is behind-the-scenes footage of the modern-day play "The Nap" as it navigates Broadway, with a disappointing first read-through and nerves throughout. The British import about a snooker player lasted less than two months on Broadway in 2018 and shows how tenuous the business of live theater can be.

Jacoby included "The Nap" for another reason: It co-starred Alexandra Billings, a transgender actor playing a transgender character. That gave him a way to show how Broadway's stages have become more diverse over the years in terms of race, ethnicity, sexual orientation and now gender identity.

"Theater has to touch the hearts and souls of the widest possible audience and that's why it's gotten better and come to reflect more and more what people in our world really look like," said Jacoby, whose other works include "Sister Rose's Passion" and "The Topdog Diaries," a portrait of playwright Suzan-Lori Parks.

By the late 1970s, Broadway had rebounded, but its recovery was still tenuous until "Cats" captured popular attention, pointing the way in the '80s for mega-successes and merchandising. The British theater invasion kept Broadway afloat during the AIDS crisis and rock returned with "Rent." Disney's "The Lion King," "Wicked" and "Hamilton" have been modern game-changers.

Jacoby thinks Broadway can rebound again after encountering the grave threat of COVID-19. He looks to the industry's innovators who can make what's playing in the district's 41 theaters a must-see draw again.

In the past, groundbreaking artists backed by producers and theater owners willing to go out on a limb gave audiences such unconventional sounding shows as "A Chorus Line," "Cats," "Rent" and "Hamilton." Those are lessons for the future, Jacoby believes.