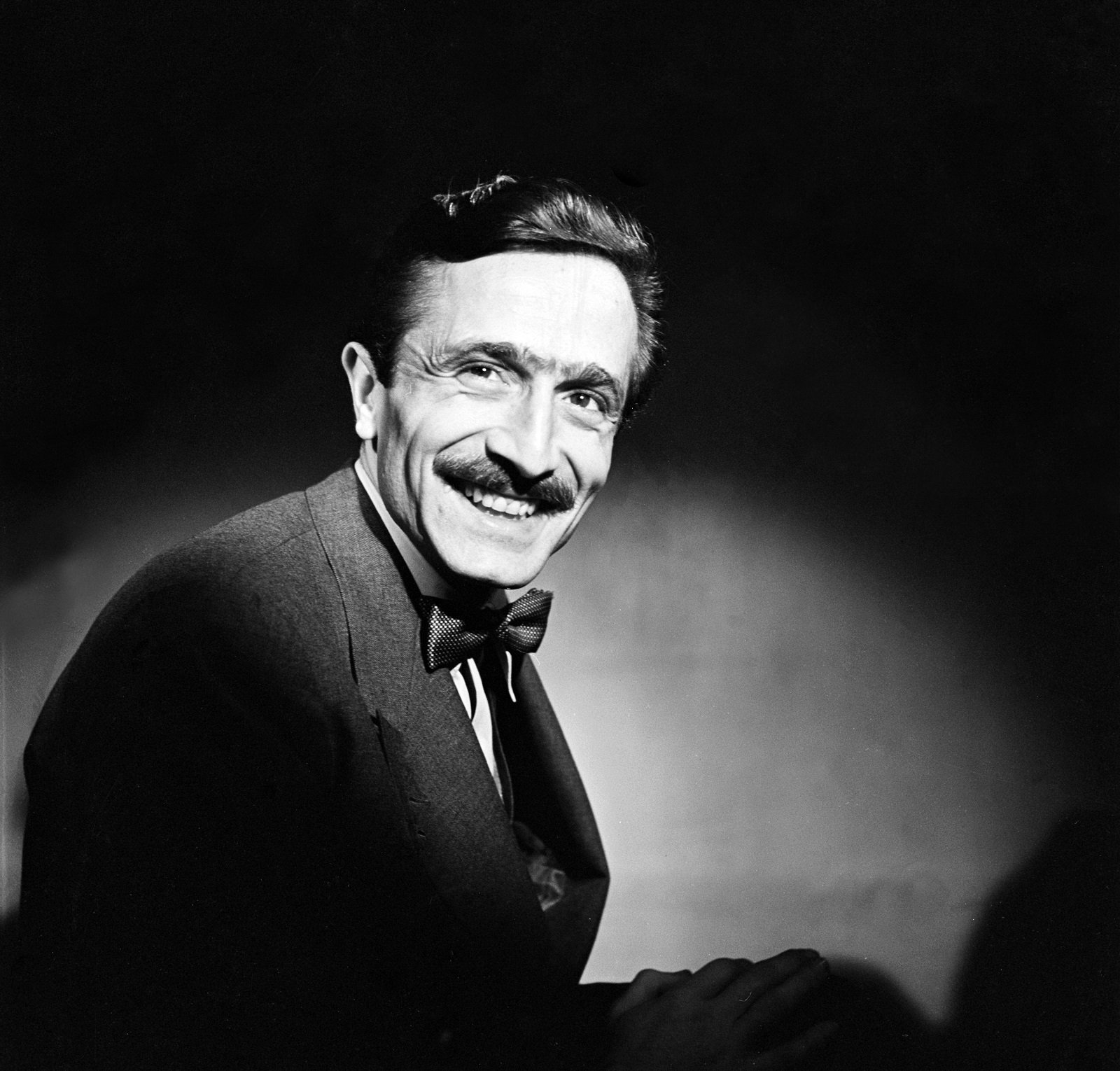 It has been more than 40 years since Özdemir Asaf's death, but his influence on contemporary Turkish literature remains alive. Known for his elegant and emotion-filled poems, Asaf helped shape the republic era of Turkey's literary journey and responded to a culture in the process of changing and adapting to more modern concepts both in life and in arts.

Asaf, whose full name was Halit Özdemir Arun, was born on June 11, 1923, in Ankara to Mehmet Asaf Bey and Hamidiye Khanum. He lost his father when he was only 7 years old, as he remembers in his memoirs “Ça.” When the Surname Law was enacted in 1935, his mother chose “Arun,” meaning pure and clean, as the family's surname.

After his father's passing, Asaf and his family moved to Istanbul, and Hamidiye Khanum opened a tailoring course in their mansion in the Acıbadem district to provide for the family. Asaf started his education in the primary school of Galatasaray High School in 1930 and then transferred to Kabataş Boy's High School in 1941, where he graduated in 1942.

Asaf then enrolled in the School of Law at Istanbul University and studied law for three years before switching to the School of Economics for one year. He dropped out of university when he married Sabahat Selma Tezakın, whom he met at the university, in 1946, and started working as an insurance producer. The couple had a daughter named Seda Arun.

He would later explain his decision to study law by saying that, like most of the poets of the time, he wanted to dive headfirst into life by studying and thought that he would influence more people if he climbed higher on the education ladder.

He worked at the Zaman and Tanin newspapers as a translator and published his first poem in 1939, in the Servet-i Fünun – Uyanış, an avant-garde journal that began during the Ottoman Empire. He would go on to work with various other newspapers as he continued to publish and translate poems. Asaf fulfilled his national service and joined the Turkish army in 1948.

Seda Arun would later remember how she first discovered that her father was writing poems in an interview with Anadolu Agency (AA) in 2020. She figured out what he was working on thanks to the frequent visits of renowned poets of the era, including Fazıl Hüsnü Dağlarca, Sait Faik Abasıyanık, Peyami Safa and Bedri Rahmi Eyüboğlu, in 1954.

“During these conversations at home, I learned that my father also wrote something. I didn't know if he was writing prose or poetry. He would read a poem. Moreover, he would insistently read the same poem. I asked my dad who wrote it, and he said that it was him,” Arun said.

In 1951, he founded the Sanat (Art) Printing House in the historical district of Cağaloğlu, and later in 1955 he established the Roundtable Press. His first book of poems, “Dünya Gözüme Kaçtı” ("The World Caught My Eye"), met with readers thanks to his publishing firm in 1955. Asaf heavily employed satire and irony in his works which were usually in the form of quatrains or couplets.

“In 1955, he published his first poetry book called Dünya Gözüme Kaçtı, and he prepared the cover of the book himself with his manual cutting machine,” Arun said. “There was no crew fault in the book, because he was the crew. The first evening he brought his book, I never forgot his enthusiasm at home,” she added.

Özdemir Asaf participated in the Belgian International Poetry Biennial in 1959, representing the Turkish Literary Union, and in 1966, he joined the Poetry Congress in Yugoslavia at the invitation of the Macedonian Writers Association.

As his career continued to flourish, Asaf reduced the number of lines in his poems, and he would later say in an interview with Turkish Radio and Television Corporation (TRT) in 1979, “Whenever I want to write a poem, I always wonder if it can be shorter.” He also started to write verses that were focused more on wordplay. He would frequently handle the subjects of human and societal relations and would often use elements of satire and lampoonery. The themes of his works revolved around love, separation, death and escape. His unique poetic and ironic language saw life in a distinct prism and synthesized Western poetry with traditional Turkish poetry.

Asaf married again later in his life and became the father of three sons – Gün, Olgun and Etkin – with his second wife, Yıldız Moran, who was the first female photographer in Turkey,

In early December 1980, Asaf began receiving treatment for a lung disease at Vakıf Gureba Hospital in Istanbul. On Jan. 28, 1981, he died at his home in Istanbul’s Bebek district, due to a brain tumor. He was laid to rest in the Aşiyan Cemetery upon his request.

Asaf was known to be a man with gentle characteristics and a love for life. His daughter, Seda Arun, described him in her biography assignment in middle school: "My father, who everyone thought was a painter and later learned that he was a poet, always has a cigarette in his hand and walks fast with big steps. My father, always looking angry at first sight with his brown eyes, but with his mustache trying to cover his whole face, his bony nose, his tallness and his books between his hands, he is always cheerful."

You are cold, take my jacket.

These are the loveliest times of the day.

I will keep your name as a secret

Even you shall not know, Lavinia.