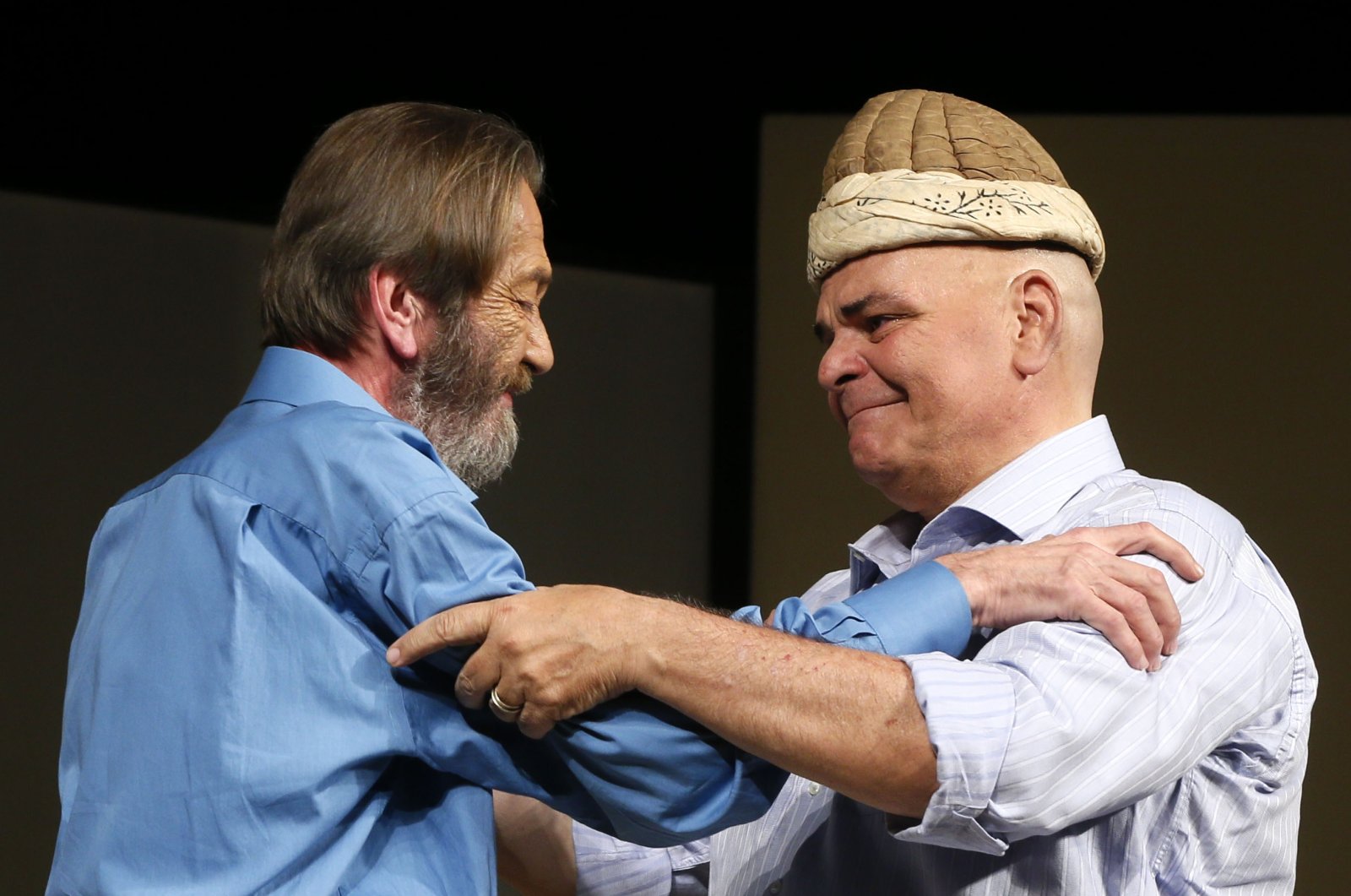 Starting his career on the theater stage and becoming skilled in improvisational plays, actor Öztekin rose to superstardom after appearing on TV in entertaining shows and on the big screen with comedies

The long-standing feud between theater and cinema lost its place to the dispute between television and cinema in the 1980s, at least in the case of Turkish entertainment. When TVs started to take over Turkish homes in the 1970s, nobody realized that this new black-and-white screen had the power to draw everyone's attention. Initially, the TV broadcasts were limited to evening hours, and it often felt more like you were in a classroom rather than getting some entertainment.

However, when Turkey's state broadcaster TRT started its second channel, the serious TRT2, which has been a hub for grave artistic creation for decades and began to air in color, television became the main vehicle of entertainment on a national basis. Drama series in particular chained millions of people to the small screen, which has had enormous effects on both theater and cinema. First, TV shows employed thousands of theater and cinema actors causing a great shift in the course of show business. Second, the average spectator became a creature of TV rather than stage plays or movies.,

For the young generation of actors in the 1980s, it was a question of identity and choice whether they preferred the stage, movies or TV screens. Many of them would choose the stage if asked, yet they have gained more opportunities on TV and in movies. They have become popular with the help of the screen but not the stage, which by nature could gather a much smaller audience. Besides the giants of cinema such as Uğur Yücel, who was famous already in his late 20s thanks to his monumental supporting roles in a couple of movies, including Nesli Çölgeçen’s “Selamsız Bandosu” (“Selamsız’ Band”) and Yavuz Turgul’s “Muhsin Bey,” some members of the young actors’ generation of the 1980s such as Rasim Öztekin made a gradual shift from the stage to the screen. Öztekin jumped to the screen after acting on stage for about two decades, though he took minor roles in movies and TV series before becoming a regular figure in box office hits.

Rasim Öztekin was born on Jan. 14, 1959, in Istanbul to a middle class family. His father was of Albanian descent, who was originally from the Vilayet of Salonica (today’s Thessaloniki), while his mother was from northern Trabzon. He attended Galatasaray High School and Fenerbahçe High School before he enrolled at the School of Journalism of Istanbul University. According to his classmates, Öztekin was a funny mate who could never get high grades at school. He was even obliged to repeat a grade due to bad exam results. His nickname was “Baba Rasim” (Father Rasim) at Galatasaray High School because of his big-brother stance while supporting the younger boys. He played basketball and played battery drums in a rock band at school.

Though Öztekin managed to graduate from Galatasaray High School and the School of Journalism, he leaned toward acting from the very beginning. In 1977, he began his acting career with minor roles in some plays at theaters for amateurs, including the Istanbul Academic Actors Association, Kadıköy Public Education Center and Evening Art School Training Centers.

Öztekin’s professional debut was with the “Ortaoyuncular” group, managed by the leading comedian Ferhan Şensoy. “Ortaoyunu,” which literally means “play in the middle,” was the classical Turkish theater in which the actors show their craft in the middle of the street without the need for a proper stage. Şensoy has been the leader of what is called the “Turkish tuluat,” a type of improvisational theater where the actors don’t stick to a standard script but improvise their roles according to the reactions of the audience.

Öztekin acted in many successful productions of the Ortaoyuncular group, including the legendary “Şahları da Vururlar” (“They Even Shoot the Shahs"), a comedy related to the political developments in modern Iran with connotations of contemporary Turkish politics, “Soyut Padişah” (“The Abstract Sultan”) and “Kahraman Bakkal Süpermarkete Karşı” (“Heroic Grocer versus Supermarket”).

Artistically, all these plays were postmodern interpretations of classic Turkish improvisational theater, while all had some political implications. This worked well under the military junta regime of the 1980s since the comic form helped Şensoy and friends avoid censorship as the audience easily understood the political messages often implied in the improvisations of the actors.

It’s an interesting anecdote that the Iranian consulate general in Istanbul sent a letter of thanks to Ferhan Şensoy and Rasim Öztekin for their performance of “Şahları da Vururlar,” which supported the democratic regime of Mohammad Mosaddegh against the West-backed Shah Reza Pahlavi.

Öztekin left the Ortaoyuncular in 1992 for a music-comedy with actress Demet Akbağ to make more money. He also participated in a music-comedy show on TV with actress, singer Hülya Avşar, singer Ibrahim Tatlıses and Akbağ, where he did impressions of political leaders.

Öztekin’s real fame came after the films and TV series he made in the 21st century. His “Bob Marley Faruk” role in the GORA comedy led by the famous comedian Cem Yılmaz propelled him to a new level of fame. After "Bob Marley Faruk," Öztekin became a regular figure in the popular comedy films including “Düğün Dernek” (“Wedding”), “Şans Kapıyı Kırınca” (“When Luck Broke the Door”) and “Çalgı Çengi İkimiz” (“Two-Men Band”). But his most phenomenal role was in the nostalgic comedy-drama TV series “Seksenler” (“The Eighties”), which turned him to a familiar figure for all homes in Turkey.

Öztekin married twice and his daughter from his earlier marriage, Pelin Öztekin, is also an actress. He wrote regularly for Akşam newspaper for years. In 2016, Şensoy handed the “Kavuk,” which is a quilted turban belonging Turkish tuluat actor Kel Hasan Efendi and a special symbol marking a great actor, to Öztekin. The actor handed it to actor Şevket Çoruh in 2020 due to his health problems.

Rasim Öztekin died of a heart attack on March 8, 2021, and is buried at Zincirlikuyu Cemetery in Istanbul.