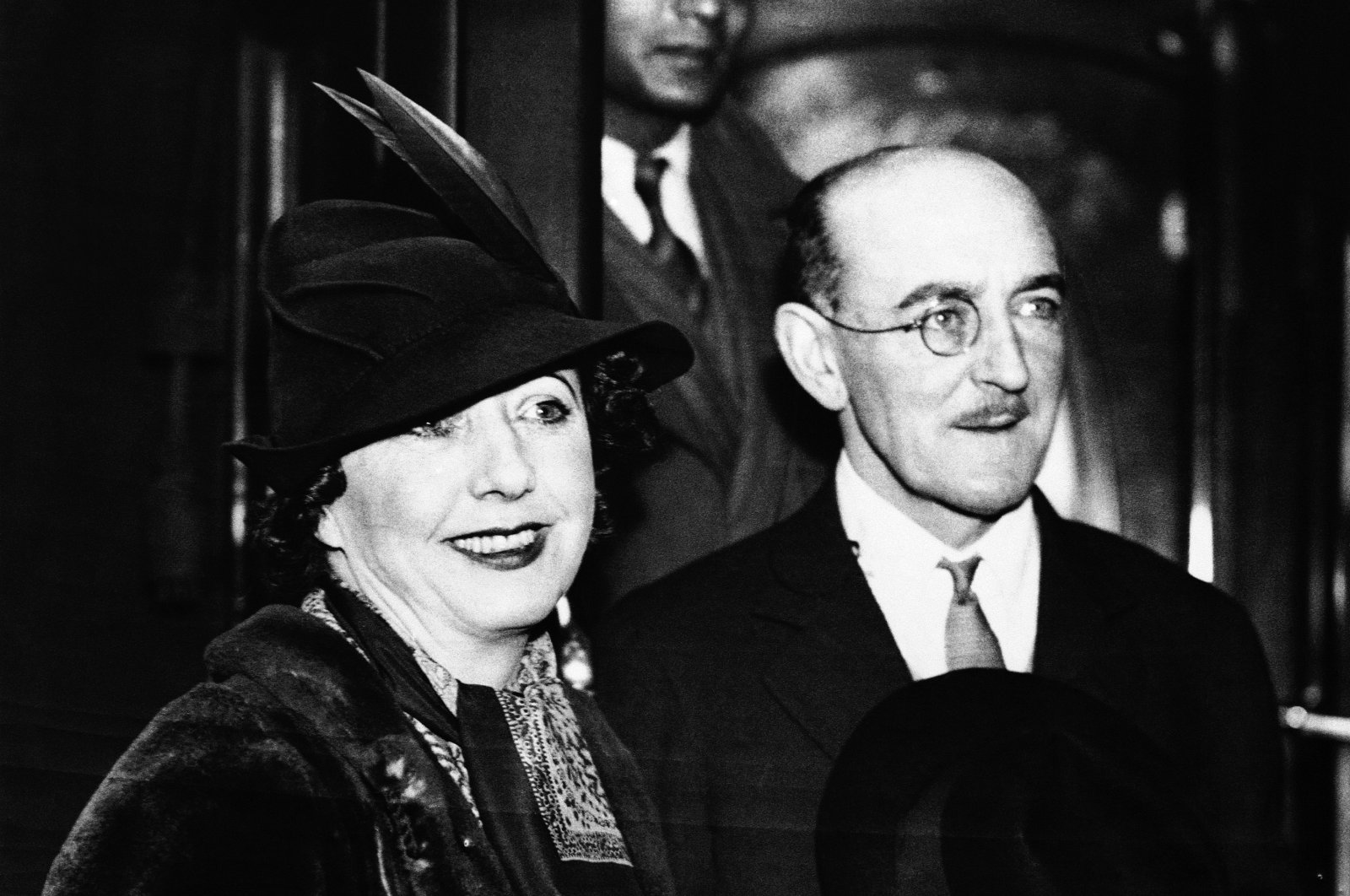 Forbes was an adventurous explorer and spy who traveled across many parts of the world, becoming the first European woman to visit the Kufra Oasis in Libya. She later shared her experiences as a travel writer in many literary works

Born in Riseholme Hall, near Lincoln, England, in 1893, Joan Rosita Forbes was the eldest of six children of Herbert James Torr and his wife, Rosita. She was educated at home and that was maybe why she always had a passion for travel since her childhood. In 1911, she married Col. Robert Foster Forbes at 17. He worked as an ambulance driver in France during World War I. Despite her divorce from Col. Forbes in 1917, she used her ex-husband's surname until her death.

In 1918, a French magazine commissioned Forbes to research French colonialism in Africa, and she went to Morocco. Her first contact with the Arabic world was established during this trip. She met prominent people in Cairo, Damascus, Beirut and many other places and laid the foundations for her lifelong interest in relationships with the Arab sphere. She published this journey in a book titled "Unconducted Wanderers."

In the winter of 1920-21, Forbes traveled across the Libyan desert and visited the Oasis of Kufra in Libya's Idris, the chief of the Senussi Muslim order and later the King of Libya, beyond the Italian occupation frontier. Only a European named F. Gerhard Rohlfs was able to visit Kufra previously.

Throughout this journey, Forbes introduced herself as Hatice, a Circassian woman working to improve her Arabic. On her trip to Kufra, she was accompanied by Ahmed Hassanein, a Balliol College of Oxford University graduate.

In 1921, she married Col. Arthur Thomas McGrath, the British War Office Occupation Intelligence Branch chief. She toured Yemen the following year. Together with the spy John Philby, who was advising the Al Saud family, they made plans to cross the Rub' al Khali desert, the uncharted region of South Arabia. However, she had to suspend her project when the Daily Telegraph tasked her to write about the life of the bandit chief Mulai Ahmed er Raisuni, known as Raisuli, to most English speakers.

Raisuni was famous for the men he abducted in the early 1900s, and Forbes had previously visited him in the Atlas Mountains. "El Raisuni, the Sultan of the Mountains," was published in 1924. Forbes' work was also adapted into the film "The Wind and the Lion" (1975), starring Sean Connery as Raisuni.

Forbes returned to her travel plans after the Daily Telegraph's work was completed, but the British authorities in Aden did not allow her to pass this time. Therefore, she chose a different route through Ethiopia with photographer Harold Jones. "From Red Sea to Blue Nile" (1925), in which she described this journey, is also one of her best books.

During her travels, Forbes had the opportunity to get to know the leaders of the New World closely. Former King of Saudi Arabia Ibn Saud, former Crown Prince of Saudi Arabia Faisal bin Abdulaziz Al Saud, Mustafa Kemal Atatürk, founder of the Turkish republic, Nazi leader Adolf Hitler, fascist dictator Benito Mussolini and Soviet dictator Joseph Stalin were just a few of the leaders she knew. She first heard of Atatürk, whom she mentioned in many of her books, at a dinner in the house of an intelligence officer and parliamentarian named Aubrey Herbert when Mustafa Kemal was an attache in Sofia. In her book "Appointment with Destiny," she describes this dinner, which Field Marshal Lord Edmund Allenby also attended.

Visiting Atatürk several times while he was in Ankara, Forbes devoted a part of her book "These Men I Knew," published in 1940, to Atatürk and Ismet Inönü. In the book, she describes a ball she attended in Ankara during the Turkish War of Independence in the summer of 1921:

"One scene I remember, not at Chan Kaya, but in the Agricultural College at Angora. For some time, the Greek Army had been held up on the Sakarya River, but they could not be dislodged. Untried like the Turks by a six-year war, some civil, with unlimited arms and ammunition, they held their bank of the river and were preparing to cross. Kemal ordered his troops to relax. He told them to play football or to pretend to play. He announced a ball at Angora. It was the first to be held in the new, unfinished- indeed scarcely yet planned- and already threatened capital ... The walls were rough plaster with damp staining the whitewash. Lamps flared and candles were stuck into the necks of bottles. They guttered on the window-ledges. The band had been ordered to play European dances. It experimented in a series of discords. Under a great flag, riddled with holes, the men stood together, stiffly. They feared what they might be made to do- in a ballroom, not on a battlefield. The women were far more embarrassed. Some of them were on the verge of tears. Bereft of the veil which to middle-aged Turkish women still meant boredom perhaps, but security, charm, and privacy ... They huddled together in a corner with their backs to the room. They wore as much clothing as possible. No scrap of skin showed if they could help it. Halideh (Edip Adıvar), in a muslin dress high to the neck, looked ardent and intelligent. She has the face of an angel with a flaming sword.

How Mustapha Kemal, in uniform, with mud on his spurs, galvanized that ball into what his critics would call an 'orgy,' I have never been able to decide. He terrorized the band into playing the right notes. He pushed unwilling women into the arms of startled men and roared out at them: 'Dance!'. He would not let anyone stop. He poured out drink- there was lots to drink. The Turks have hard heads. Their only form of excess is courage in battle, but Kemal dispensed araki and champagne- pinkish and strange tasting- as if they were hot and cold water poured into a bath. By midnight the ball was a success. At its height, the host seized Halideh by one thin wrist- she was his Egeria, his luck, he wouldn't fight a battle without her- and thrust her hatless and coatless into a waiting car. Away they went, headlong through the night to the Sakkaria River."

When Atatürk, who wanted to be the only one who had a say in the country's administration, started to execute her friends, Halide Edip Adıvar fled abroad. Forbes, who met with Halide Edip again in New York years later, listened to her life story. She included this conversation in her book "Women Called Wild."

Forbes gave lectures during World War II in support of the war in Canada, the U.S. and Britain. In 1939-40, she and her husband settled in a house they had built on a small island in the Bahamas. Her husband died on this island in 1962. Five years after her husband's death, Rosita Forbes died on June 30, 1967, in Warwick, Bermuda.

She received medals from the Royal Antwerp Geographical Society and the French Geographical Society and an award from the Royal Society of Arts. She became famous for her courage and fortitude as a woman, even though she did not make significant discoveries. But the name of this adventurous spy, who has traveled to many parts of the world, which was reshaping at that time, from America to Afghanistan, is sadly forgotten today.