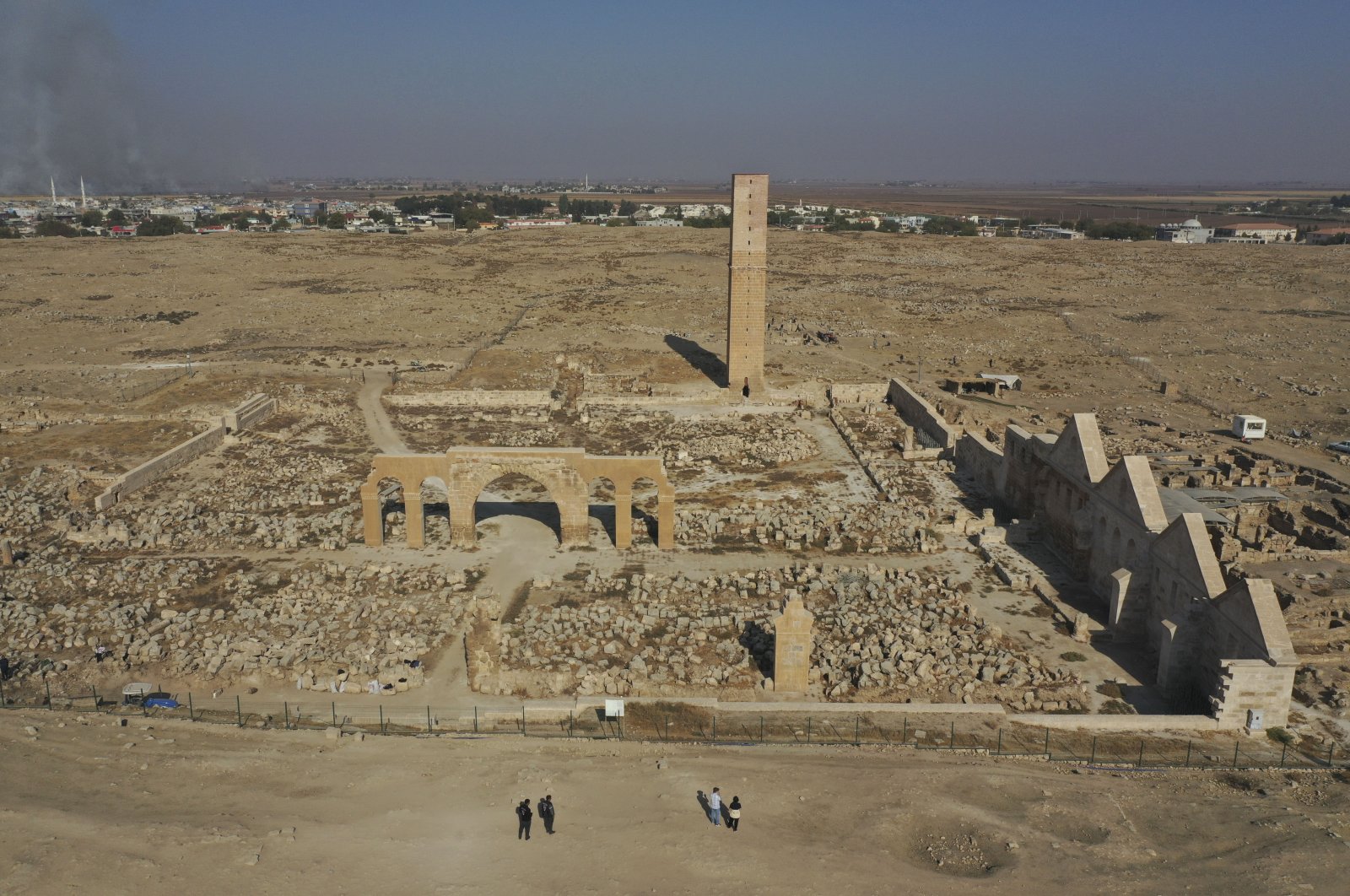 The remains of the first of the five madrassas included in the notes of historical travelers have been found in the ancient city of Harran, the scientific center of the period housing more than 300 scientists

The ruins of a madrassa (Islamic institution of higher education) belonging to the 12th century have been unearthed in the archaeological site of Harran, located in the southeastern province of Şanlıurfa.

Noting that the mysteries of the settlement are revealed day by day with their archaeological dig, Önal said that they found important remains such as a street, a monumental gate and a madrassa during the excavations this year.

Stating that they encountered a university structure in the settlement for the first time in this year's studies, Önal said: “We have determined with archaeological evidence that the madrassa belongs to the Zengid era. Previously, it was known that Harran had five madrassas. This was the first time we came across one of the known madrassas of this region.”

He said they have determined the structure had 24 rooms above ground and have now completely unearthed the monumental door of the madrassa along with its five rooms, and the portico partially, adding that there is also a kitchen next to those rooms with large stoves and a brick and clay oven.

“Another feature of the kitchen is there are many bones of sheep and goats inside the hearths and ovens. This shows us that food was prepared here and people here left the city in a rush, leaving the food on the stove without being eaten, after being thoroughly convinced that the Mongols would take over the city,” he explained.

Önal said that they determined the madrassa belongs to the 12th century and that they will learn more after excavations in the region are completed.

Cihat Koç, a district governor in Harran, said the history of education in Harran dates back to 3000 B.C., and that studies were carried out in the fields of astronomy, mathematics, philosophy and theology.

Harran is a place that pioneered science and scientific education, Koç said, adding that, "With our work this year, we have unearthed the first of the five big madrassas, five big university campuses.”

“The world's first university is at Harran. We are working seriously to uncover all the ruins of this university,” he underlined.

Harran, a onetime Assyrian and Umayyad capital located 44 kilometers (27 miles) southeast of the city of Şanlıurfa near the Syrian border, was an important Mesopotamian trade center on a road running south to Nineveh in modern Iraq, and has been continuously inhabited since 6000 B.C.

The first excavations in Harran began in 1950. The site has been on UNESCO’s tentative list since 2000.

Harran is an important ancient city where trade routes from Iskenderun to Antakya (ancient Antioch) and Kargam were located, according to UNESCO’s website. “The city is mentioned in the holy Bible,” says the website. “It is important not only for hosting early civilizations but it is the place where the first Islamic university was founded. The traditional civil architecture, mudbrick houses with conic roofs, are unique.”