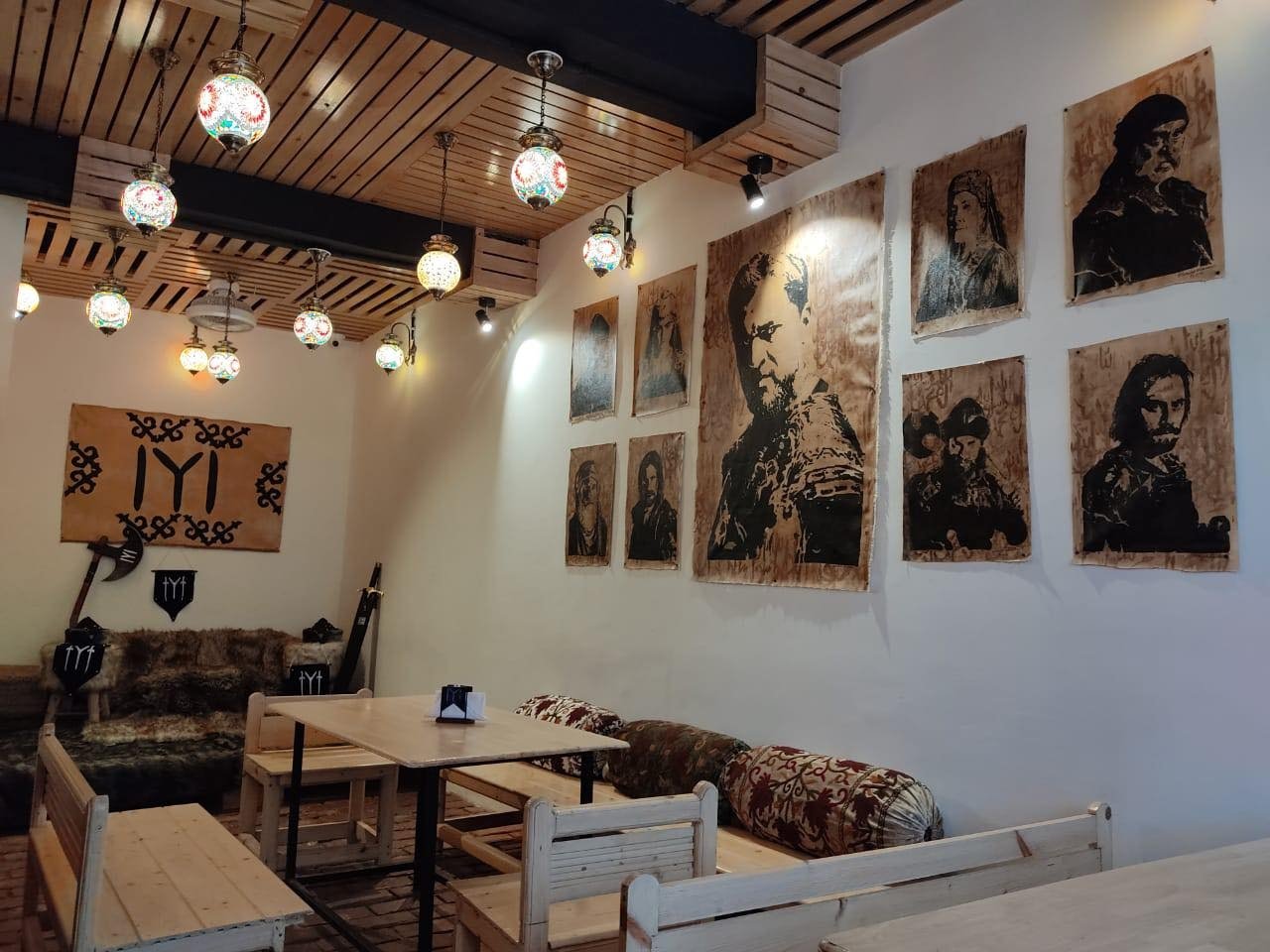 Kashmiris were so into ‘Resurrection Ertuğrul’ that the historical drama became the talk of the region in a very short period. On top of that, the popular series has become the muse of various ventures in Kashmir

One cannot ignore the fact that “Diriliş: Ertuğrul” (“Resurrection Ertuğrul”), which is popularly known as “Turkish Game of Thrones,” has been a massive hit globally and has been watched by billions of people worldwide, Kashmir being no exception. The series is based on the life of Ertuğrul Ghazi, who was the father of Osman I, the founder of the Ottoman Empire, and belonged to a small nomadic “Kayı tribe” of Muslim Oghuz Turks.

While it has rekindled a forgotten history of the Ottoman Empire through the story of this brave warrior, the series also managed to blend various themes from the empire’s period, including politics and social life. Kashmiri viewers generally binge-watched the acclaimed historical drama as it received enormous appreciation for its characters, content and screenplay.

Besides gaining considerable popularity in Kashmir, the Ertuğrul series has secured a special place in the hearts and minds of Kashmiris. Impressed by the series, some parents, for example, named their newborns Ertuğrul. The series’ popularity has also inspired many people to start thematic ventures in Indian-administered Jammu and Kashmir.

One such example is "Kardeşler - The Kashmir Café," a cafe run by its owner Shadab Chashoo in the heart of the city of Srinagar. “Resurrection Ertuğrul” inspired the concept of this eatery venture.

Speaking to Daily Sabah, Chashoo said that they wanted to connect with Kashmiri people when they decided to open a restaurant. This is why they chose “Resurrection Ertuğrul” as their theme. “We wanted to create a place that people would instantly relate to and there was no better way to do that than designing our restaurant around the Ertuğrul series. The idea worked and people love our place,” said Chashoo.

The ambiance of the restaurant makes people feel like they are in a scene from the series. A wall of the restaurant is decorated with the portraits of various “Resurrection Ertuğrul” characters. However, Chashoo designed this “wall of fame” elaborately. He made an effort to use only custom-made portraits which were specifically hand-sketched by a talented 18-year-old Srinagar-based artist. Additionally, accessories such as the warrior Turgut Alp’s iconic ax, flags of the Kayı tribe – which founded the Ottoman Empire – Turkish swords, and a throne covered with fur are placed on one side of the room give exact vibes of the drama.

The restaurant offers foods from Middle Eastern, Turkish and Indian-Mughal cuisines. Although Turkish cuisine is quite popular around the world, there haven’t been enough restaurants specializing in this cuisine featuring delicious recipes in Kashmir. Recently, however, a few new restaurants that have opened up in Kashmir are trying to introduce Turkish cuisine.

According to Chashoo, the popularity of Turkish food in the valley and the love of Kashmiri people for Turkish food are beyond one's imagination. “We have been receiving a lot of requests from customers to introduce more Turkish dishes,” he said.

Kardeşler - The Kashmir Café has a limited introductory menu at the moment as the restaurant was opened in midst of the COVID-19 pandemic and there are still certain restrictions on dine-in service in Kashmir. "We only have a handful of Turkish dishes on the menu at the moment but we are working on introducing more," Chashoo said.

Another venture inspired by the famous drama is an institution of horse riding. The Fazlullah Royal Stables and Riding School, owned by Ali Abbas, is the valley’s first of its kind, horse-riding and training school. Thirty-four-year-old Ali Abbas is a trained horse rider and aims to train people who are interested in equestrian sports. Horse riding is not new in Kashmir, as it is very famous in the tourist spots of the valley such as Gulmarg, Sonamarg, Pahalgam and other places. But although tourists often enjoy horse riding at such places, Kashmir long lacked professional training in this sport. Abbas had been very keen on starting such a school but the idea came to fruition only after he watched “Resurrection Ertuğrul.”

Speaking to a local daily, Abbas once said, “I have received the application of more than 150 people to date.” Abbas and enthusiastic trainers attract great attention from locals and tourists. When they ride down the streets of the city, people call them the Kayı Tribe of the Turkish series.