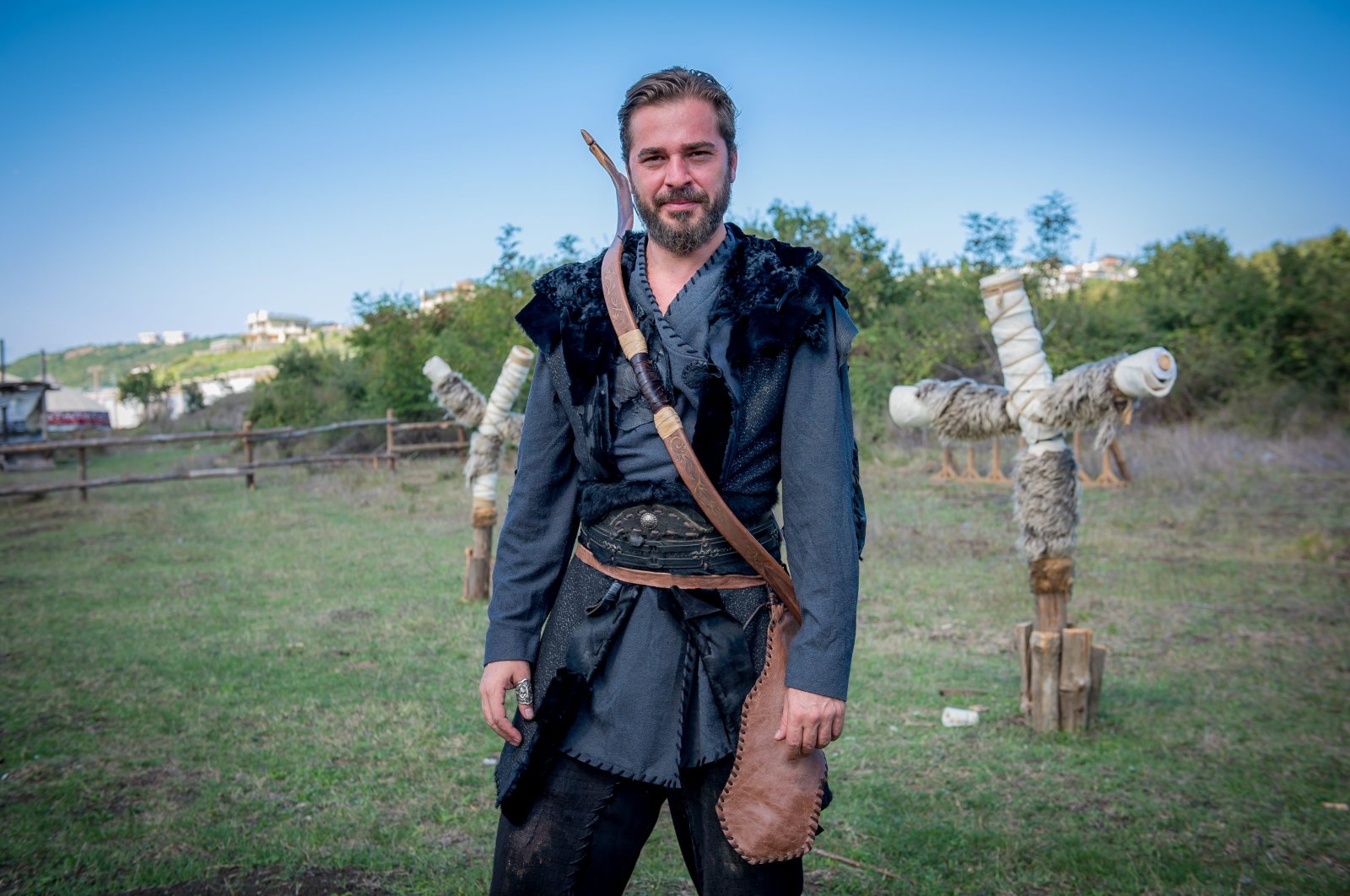 ‘Resurrection: Ertuğrul,' one of the most successful Turkish TV exports in recent years, made Engin Altan Düzyatan a household name both at home and abroad

Broadcasting TV series in more than 150 countries, Turkey is known as the second-largest exporter of TV series after the U.S. From 2000 onward, Turkish dramas have shown upward movement and have achieved wide prominence – they even got subtitles and were dubbed in other languages as well. This situation made the Turkish TV drama export business grow swiftly with the highest record-breaking earnings annually. Turkish series have become an important asset for the country itself as they often depict and introduce Turkish lifestyle, history and culture to the world.

Among the most-watched Turkish TV series are “Sen Anlat Karadeniz” (“Lifeline”), “Kara Para Aşk” (“Black Money Love”), “Aşk ve Mavi” (“Love and Hate”) and “Diriliş: Ertuğrul” (“Resurrection: Ertuğrul”). While international audiences enjoyed these series a lot due to their content and cultural elements, the series also attracted attention with their social messages. “Resurrection: Ertuğrul,” for example, brought the glorious past of Muslims to the screen amid a harsh wave of global Islamophobia.

The period-based drama, directed by Metin Günay, tells the story before the Ottoman Empire’s establishment in 13th-century Anatolia. Ertuğrul Ghazi, a brave Muslim Oghuz Turk leader, tries to establish a state for his future generations with extraordinary determination and strength. The show is watched in many countries, from Pakistan to Bangladesh, from Chile to Bosnia-Herzegovina. Sharing common historic and cultural roots with Turkey, Azerbaijan in particular has accepted the show as its own. Azerbaijani viewers watch the series with great enthusiasm, and Azerbaijani vocal artist Shamistan Alizamanli has appeared as a guest actor, as well.

Similarly, people in Pakistan even changed their hairstyle to copy the warriors in the series. A large chunk of the population in India who speak and understand the language regularly watch it. Javid Khan, a Muslim entrepreneur in southern India, has named his new restaurant Ertuğrul. In Kashmir, where the majority of the population is Muslim, people found meaningful relevance in the drama and watched the impeccable performances of all characters, winning the hearts and minds of thousands of people.

Gluing viewers from across the world to the screen with its theme, the hit drama also owes its success to production and acting. Engin Altan Düzyatan, who stars as Ertuğrul Ghazi, is the actor who contributed to the wide fame of the series the most with his stunning performance in the series.

Düzyatan was born in 1979 in the Karşıyaka district of western Izmir to Turkish migrant parents from then-Yugoslavia. Studying at the theater department of Dokuz Eylül University, the actor started his acting career in Istanbul in 2001 with the roles he played in Kenter and DOT theaters.

Düzyatan made his debut on TV with the series “Ruhsar,” a fantastic family drama about the immortal love of a couple, as a supporting actor. From 2001 to 2004 he played various supporting roles in television series and received his first leading role in 2005 in the TV series “Kadın Her Zaman Haklıdır” (“The Woman is Always Right”) as Pekcan. Besides working in this TV drama series, Düzyatan has also worked in numerous movies like “Romantik Komedi” (“Romantic Comedy”) and “Anadolu Kartalları” (“Anatolian Eagles”) and theatre plays as a leading actor.

While Düzyatan was already a popular face in Turkey for his acting skills, it was “Resurrection: Ertuğrul” that skyrocketed his fame, making him a world-renowned actor.

For his portrayal of Ertuğrul Ghazi in the series, Düzyatan won many awards and nominations, including the Golden Butterfly Award for best actor, Golden Palm Award for TV series of the year and Turkey Youth Award for best TV series. In 2019, Düzyatan received the Best International Actor Award at Distinctive International Arab Festival Awards (DIAFA) in Dubai. In 2021, he received a prestigious award from Indian Television Academy (ITA) for the periodic drama series.

Düzyatan has become a symbol of heroism for a younger generation with “Resurrection: Ertuğrul.” According to the artist, he also learned from his role in this series. In an online event that Yunus Emre Institute (YEE) organized to bring together Altan with his fans around the world, the actor said: “Ertuğrul Ghazi’s personality, his outlook on justice, humanity have affected me immensely.”

After “Resurrection: Ertuğrul,” Düzyatan appeared in the costume drama “Kurşun” (“Bullet”), and it has been announced recently that he will play the role of Barbaros Hayreddin Paşa, the first admiral of Ottoman Navy, in a new series on Turkey's main public broadcaster TRT.