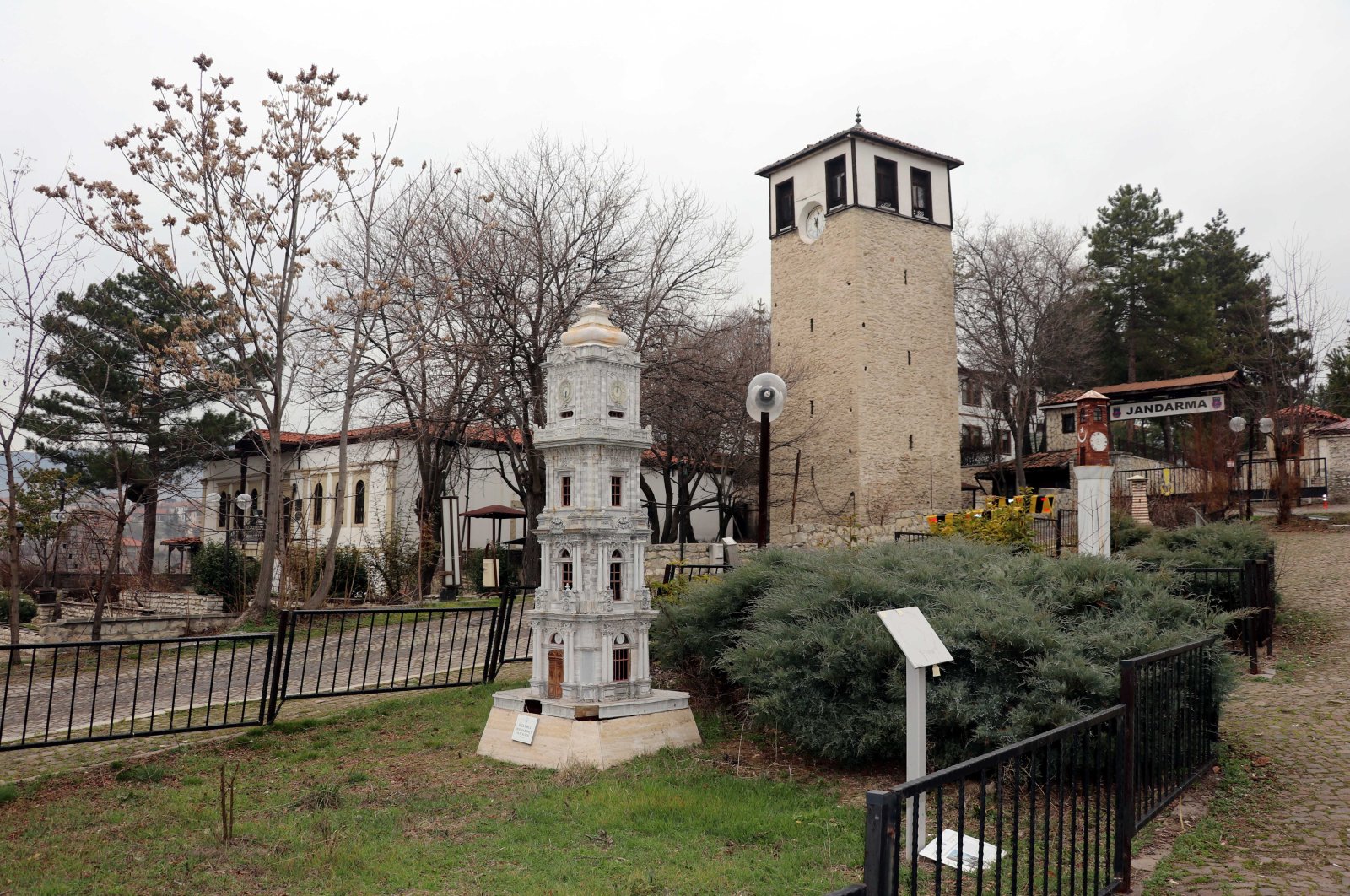 The historical Safranbolu district of northwestern Turkey's Karabük province, famous for its unique Ottoman houses that are also on the UNESCO World Heritage List, has recently been attracting visitors and history enthusiasts, taking them on a journey through time, with another Ottoman-era heritage: miniature clock towers.

The miniature versions of the clock towers, which were built around Anatolia in 1901 to celebrate the 25th anniversary of Ottoman Sultan Abdülhamid II's accession to the throne, have been housed in the Anatolia Miniature Clock Towers Museum, which was constructed nine years ago as an open-air museum.

Researcher Aytekin Aytekin, who has been studying the historical town extensively and has published a book about it, said that the museum brought together miniatures of unique clock towers that carried traces of the Ottoman period. It displays them at the foot of the 12-meter-high (39-feet-high) Safranbolu Clock Tower, which was constructed in 1797 by the order of Safranbolulu Izzet Mehmet Pasha, the grand vizier to Ottoman Sultan Selim III.

The museum houses 15 miniatures of the clock towers, each of which has unique aspects and impressions of the cities that they were built in, including Istanbul, Izmir, Edirne, Çanakkale, Bursa, Adana, Samsun and Erzurum.

The towers range between 1 and 3 meters (3.2 to 9.8 feet) in height and offer a chance to learn about the Anatolian culture and history with several stories. The 15 miniature towers which are scaled to one-tenth of the actual structures they represent, alongside the full-sized Safranbolu Clock Tower, allow visitors to witness time, so to speak.

“There are 15 clocks here that belong to different regions of Turkey. The Safranbolu Clock Tower is the 'big-brother' to them. When you visit the museum you can see the mysteries of Safranbolu 360 degrees. Here, you can see both the picture of happiness and the sound of time,” Aytekin told Anadolu Agency (AA). He added that the towers represent respect and love for humanity that Safranbolu provides in abundance.

Noting that the clocks take visitors on a journey in time and space, he continued: "When one sees these clock towers, they feel as if they are in their hometown,” he said.