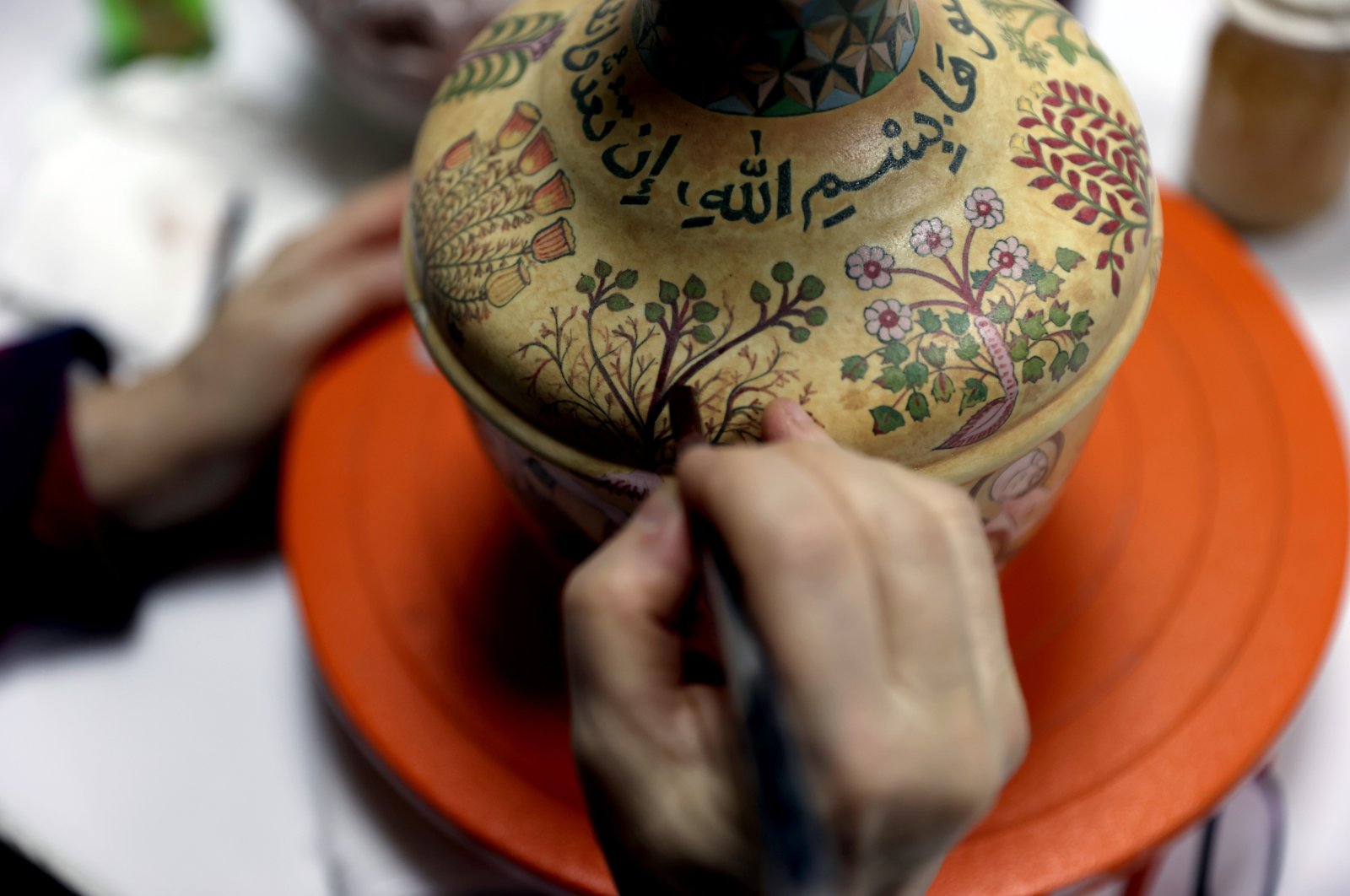 Artists are working longer hours to make reproductions of unique tile artifacts of the Great Seljuk (1037-1194) and Anatolian Seljuk (1077-1308) periods at the tile workshop of the Selçuklu Municipality in central Konya province. Sent to the sets of period drama TV series and films, these reproductions have brought further recognition to Seljuk tiles and boosted interest in them.

The tile workshop of the Selçuklu Municipality was established a quarter of a century ago to keep the art of Seljuk tile making alive. While copies of important artifacts made by artists during the Seljuk period are reproduced in this workshop, these artifacts are sent both to the Presidential Complex in the capital Ankara and to the sets of television series and films portraying the Seljuk period.

Speaking to Anadolu Agency (AA), Selçuklu Mayor Ahmet Pekyatırmacı said that they are working to display loyalty to the Seljuk civilization, which their district in Konya is named after.

Expressing that one of these efforts is the tile workshop with its 25-year history, Pekyatırmacı noted, “The Seljuk civilization is a civilization that produced great artistic works and we want to keep the works created by this civilization alive in our tile workshop.”

Recalling that they have produced a large number of important artifacts so far, Pekyatırmacı said: “Our latest exhibition was in eastern Bitlis province during the opening of the Presidential Complex in Ahlat town. There, we presented a gift of tiles and ceramic works to both President Recep Tayyip Erdoğan and Devlet Bahçeli, head of the Nationalist Movement Party (MHP). We also send many artifacts to the Presidency, and they are presented as gifts to statespeople on special visits.”

“All our tile works have a history. As our works are produced with their past, they are very much in demand,” he said.

Pekyatırmacı stated that artists are working on pitchers, plates, boards and sculptures that require intensive labor and time, expressing that it takes two months to produce an artifact. “The art of tile-making is a business that requires time, high costs, and it has an artistic value. Our artists and masters trained in this area are also very few in number. We are making great endeavors both for producing works and training new artists. About 3,000 people have learned the art of tile making here in 25 years,” he told.

Workshop chief Muammer Işık also said that the six artists in the workshop are working hard to satisfy the demand for tiles. Işık noted that they have been working especially on Seljuk artifacts in the workshop since 2012, saying: “At the moment, we are working on large and small boards, sculptures and censers. We often produce Great Seljuk and Anatolian Seljuk artifacts. We can say that we adapt the Seljuk artifacts to the present day. It is sure that period drama series and films have increased the demand for our works. We are pleased with this interest and the fact that Seljuk tile works have gained further recognition.”