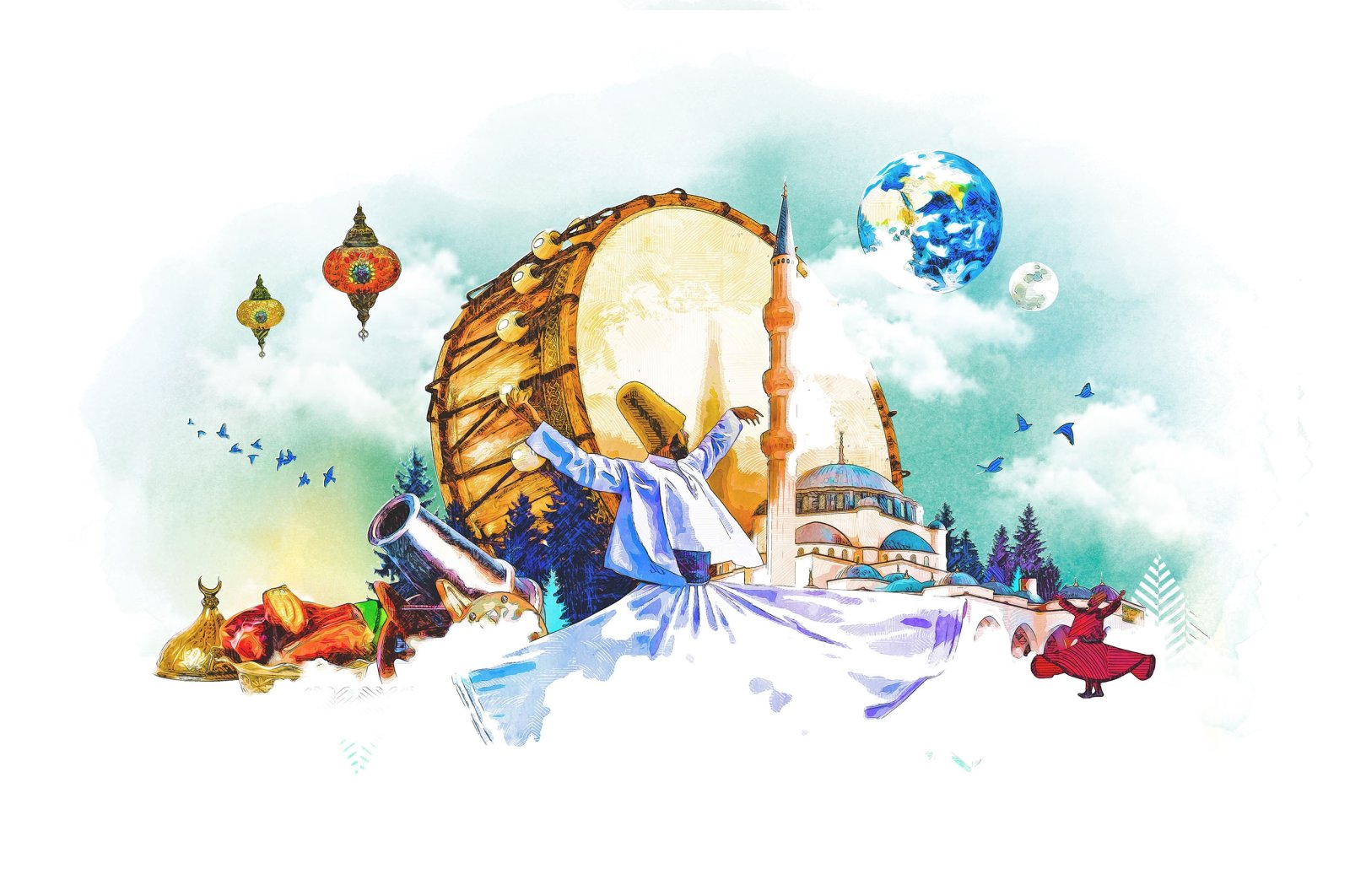 Mevlana Jalaladdin Rumi was a great Sufi philosopher who managed to become both an Islamic scholar with wide knowledge and a Sufi mystic whose influence transcended national borders thanks to the universality of his thoughts.

On the occasion of the 814th anniversary of Rumi's birthday, Faruk Hemdem Çelebi – chairperson of the International Mevlana Foundation and the 22nd grandson of Mevlana – spoke to Anadolu Agency (AA) about the universality and relevance of Rumi's teachings in modern life.

Noting Rumi appeals to the souls who have lost themselves in this materialist world and are in search of themselves, he said: "He ensures they turn inward to their heart and thus get closer to what they are looking for, even if they cannot yet find it."

Çelebi stressed that Rumi supports those who have started to "purify" themselves, who have begun to clean their hearts, bodies and behavior and everyone who needs help.

Sept. 30 marks Rumi's 814th birthday. Historically, it was not Mevlana's birthday that was celebrated by his followers but the anniversary of his death, a day called Sheb-i Aruz, meaning "Wedding Night" in Persian. This was because Rumi, along with many other Sufis, believed that upon death, he would be reunited with his beloved, Allah. However, today Rumi is so loved by his readers and followers that a modern demand for celebrating his birthday has also emerged.

Underlining that Rumi unites people all around the world, Çelebi said he does not discriminate on the basis of race, nationality, gender or any other such boundary.

"He transcends all such earthly concerns and focuses on what is within," he noted.

"The soul is endued with knowledge and reason: What does the soul have to do with ‘Arabic' or ‘Turkish?'" Çelebi quoted Rumi as saying in his masterpiece “Masnavi,” an extensive poem written in Persian.

"He believed that all love is a bridge leading to divine love. By loving all of God's creations, every human and creature, he was in the act of loving God," Çelebi noted.

What makes his works relevant even in 21st century?

The thoughts of Rumi have no expiry date, Çelebi said, adding that when you read any of his works, you find that Rumi answers new questions and imparts a different lesson each time.

"Especially his ‘Masnavi’ never, ever gets old. On each reread, every story manifests new, countless meanings. Each time you see a deeper meaning," he noted.

"Love is not contained in speech and hearing; Love is an ocean whereof the depth is invisible," said Çelebi, citing a couplet from “Masnavi.”

At birth, his family named Rumi, Muhammad, though he came to be nicknamed Jalaladdin, meaning “majesty of the faith” in Arabic. As for "Mevlana," it connotes to "our master," while "Rumi" relates to "the land of Rum" or "Anatolia," where he lived.

Mevlana was born in the city of Balkh, Horasan, which at the time was inhabited by Turkish tribes.

As a child, he emigrated with his family from Greater Balkh, now around modern Afghanistan and Tajikistan, to Anatolia, modern-day Turkey.

He spent his life in Konya, living according to Islamic principles, teaching countless students and writing books and poetry.

Today, his works such as “Masnavi,” “Divan-i Shams-i Tabrizi” and “Fihi Ma Fihi” (“It Is What It Is”) are widely read all over the world.

"Masnavi" contains 26,000 couplets in six volumes, consisting of stories inspired by the Quran's teachings about all that is created, as well as the Prophet Mohammad's words and morals.

In his books, Mevlana talks about how to be a wholesome human being: one who has inner peace and harmony, one who is both aware of and appreciates God's blessings, one who takes a stand in the face of life's hardships, one who is tolerant and loving.

Those who read his works still flock to his tomb in Konya, making it the second most visited museum after the Topkapı Palace, the former official residence of Ottoman sultans in Istanbul.

The foundation works to advise institutions and government bodies on how to combat the commodification of Mevlana's teachings.

It also organizes a wide variety of activities to introduce Rumi’s thoughts and works to the world, such as workshops, seminars and Sufi music lessons.

With the support of Turkey's Ministry of Culture and Tourism, it also organizes performances of Sema – the traditional practice of the whirling dervishes – and concerts.

The foundation imparts the majority of these activities for free to the general public from their office space or social media.