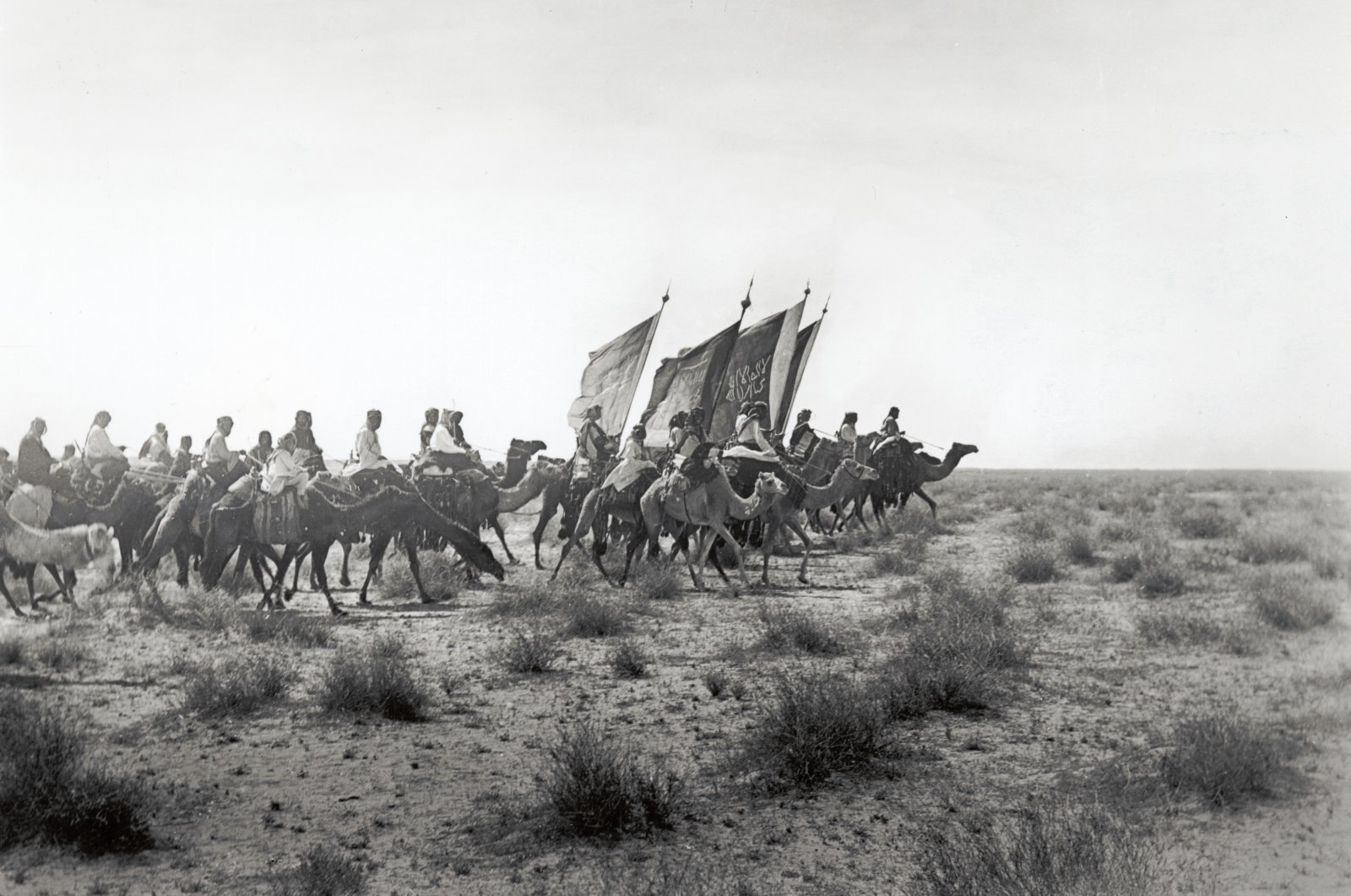 Though regarded as the Protestantism of Islam with its purified approach to religion, Wahhabism includes extreme interpretations that differ from Sunni Islam. Let's take a look at what this belief constitutes and its consequences

Saudi Arabia's Crown Prince Mohammed bin Salman (MBS) recently said that they started the spread of Wahhabism against the Soviets during the Cold War at the request of the United States. Well, did Wahhabism not once again come to the fore with the radical terrorist acts witnessed on 9/11? To answer that, it would be useful to take a brief look at the history of this belief.

Wahhabism takes its name from the Islamic scholar Muhammad ibn Abd al-Wahhab who was born in 1699 in Najd, located in the middle of Saudi Arabia. He traveled to various cities including Mecca and Medina and stayed in Basra for many years, where the East Indian companies were highly active. He went to Iran to study Aristotelian philosophy and met with the Ismaili missionary al-Makrami.

Returning to his hometown later, Muhammad ibn Abd al-Wahhab revealed the reformist ideas that he had acquired during his travels. He formed a new sect by mixing the ideas of the Hanbali school, one of the four sects of Sunnism, with those of Islamic scholar Ibn Taymiyyah and his own. He made an alliance with the Prince of Diriyah Muhammad bin Saud Al Muqrin and came under his protection.

With the reforms made during and after the reign of Elizabeth I, when the foundations of Protestantism were laid in Britain, the belief in intercession, praying for the dead, invoking the saints and giving importance to holy relics were opposed. The Wahhabism founded by Muhammad ibn Abd al-Wahhab became the Protestantism of Islam. According to this belief, it was shirk (the unpardonable sin of idolatry or polytheism) to seek intercession from the spirits of the prophets, to visit the graves of saints and pray by means of them, to build tombs over graves and to value the relics left by the Prophet Muhammad and saints. Those who did these things and did not pray were considered infidels.

After Muhammad ibn Abd al-Wahhab, the Saud family assumed the leadership of Wahhabism. They established their own state in Central Arabia. Since the Sunnis and Shiites were considered infidels according to their beliefs, they started to commit massacres by attacking other Muslims during the reign of Muhammad bin Saud Al Muqrin's son, Abdulaziz bin Muhammad Al Saud.

At that time, the Ottoman Empire was preoccupied with its own internal problems and threats from Russia and Europe. The empire’s dominance over Arabian lands was weakened. Saud bin Abdulaziz Al Saud, son of Abdulaziz bin Muhammad Al Saud, took advantage of this and captured Mecca and Medina. They destroyed the graves and tombs and prevented Muslims from carrying out their pilgrimage.

Finally, the Albanian-Ottoman Governor of Egypt Muhammad Ali Pasha sent his son Ibrahim to confront the Wahhabis upon Sultan Mahmud II’s order. Ibrahim Pasha recaptured Mecca and Medina, and the Wahhabis retreated to Najd. However, Ibrahim Pasha was determined to eradicate this issue and put a seal on it. He marched on Najd and captured the Saudi capital of Diriyah. He killed parts of the Saud family and had the eldest son of Saud bin Abdulaziz Al Saud, Abdullah bin Saud Al Saud, sent to Istanbul and executed.

The British Empire had been following this radical movement closely from the very beginning. The Protestants of Islam, the Wahhabis, were a potential ally for the British against the Sunni Ottomans. After difficult travels, spies like Jesuit Gifford Palgrave, Wilfrid S. Blunt and British East India Company officer Lewis Pelly from the British Royal Geographical Society managed to contact the Saudis and sign alliance agreements.

Britain, which sent weapons to the Wahhabis through India, sent a spy named William Shakespear to the Saud family. Shakespear began serving as military adviser to Abdulaziz bin Abdul Rahman Al Saud, famously known in the West as Ibn Saud, but was killed by a rival tribe in a conflict in 1915 after World War I began.

With the fall of Sultan Abdülhamid II in 1909, the Ottoman Empire actually ended and the power passed into the hands of a Young Turk committee called the Committee of Union and Progress. When the unionists were no longer backed by Britain, which had previously given them great support in accession to power, they entered World War I on Germany's side. The Young Arabs, who cooperated with the Young Turks against Sultan Abdülhamid II, parted ways with them with the start of the war. They then started to pursue their own independence.

Hussein bin Ali Al Hashimi, the sharif and emir of Mecca, was a religious man. He disliked the Masonic unionists, who brought the empire to the brink of the abyss. He warned them by issuing declarations. But the unionists did not listen to him, and even adopted a hostile attitude. Thereupon, Sharif Hussein approached the Young Arabs and agreed with the British to save Arabia from the Young Turks. Britain, which wanted to divide the Ottoman Empire into nation-states, had already supported Arab independence for a long time. They promised Hussein bin Ali and his children a great Arabian state and appointed the spy Thomas Edward Lawrence as their adviser.

Holding Hussein bin Ali in one hand, Britain was preparing the Saud family for power on the other hand. John Philby replaced Shakespear as the Saudi adviser after the spy's murder. Lawrence's friends Gertrude Bell and Col. Gerard Leachman also supported him. While studying at Cambridge, Philby joined intelligence through his mentor Edward Granville Browne. He was also the father of intelligence officer Harold "Kim" Philby, who later became famous as part of the Cambridge Five.

Ibn Saud hated Sunni Turks and Sharif Hussein and considered them infidels. He once told his adviser Philby, "I cannot take the daughters of the Sharif of Mecca or of Muslims other than Meccan Muslims whom we consider polytheists." He told him that the Christians descended from the Prophet Ishaq (Isaac) and the Arabs descended from the Prophet Ismail (Ishmael), who was Isaac's brother, and therefore stated that he considered Philby a cousin. According to him, Turks were descendants of a demon of Tatar origin.

After the war, Britain did not keep its promise to Hussein bin Ali even though his children were given a state. Ibn Saud, who captured Mecca and Medina with British support, was proclaimed king of Saudi Arabia in 1926. Philby was King Abdulaziz's closest adviser until his death. He was rewarded for his services in the war by serving as the intermediary with American oil and automobile companies.

After the establishment of the state, Britain, as it did in most of the places it occupied, pulled itself into the background and transferred its influence in Arabia to the United States. Thus, Saudi Arabia, which is said to finance radical Islamists, became America's permanent ally, and skyscrapers like the Hilton Suites surrounded the Kaaba.