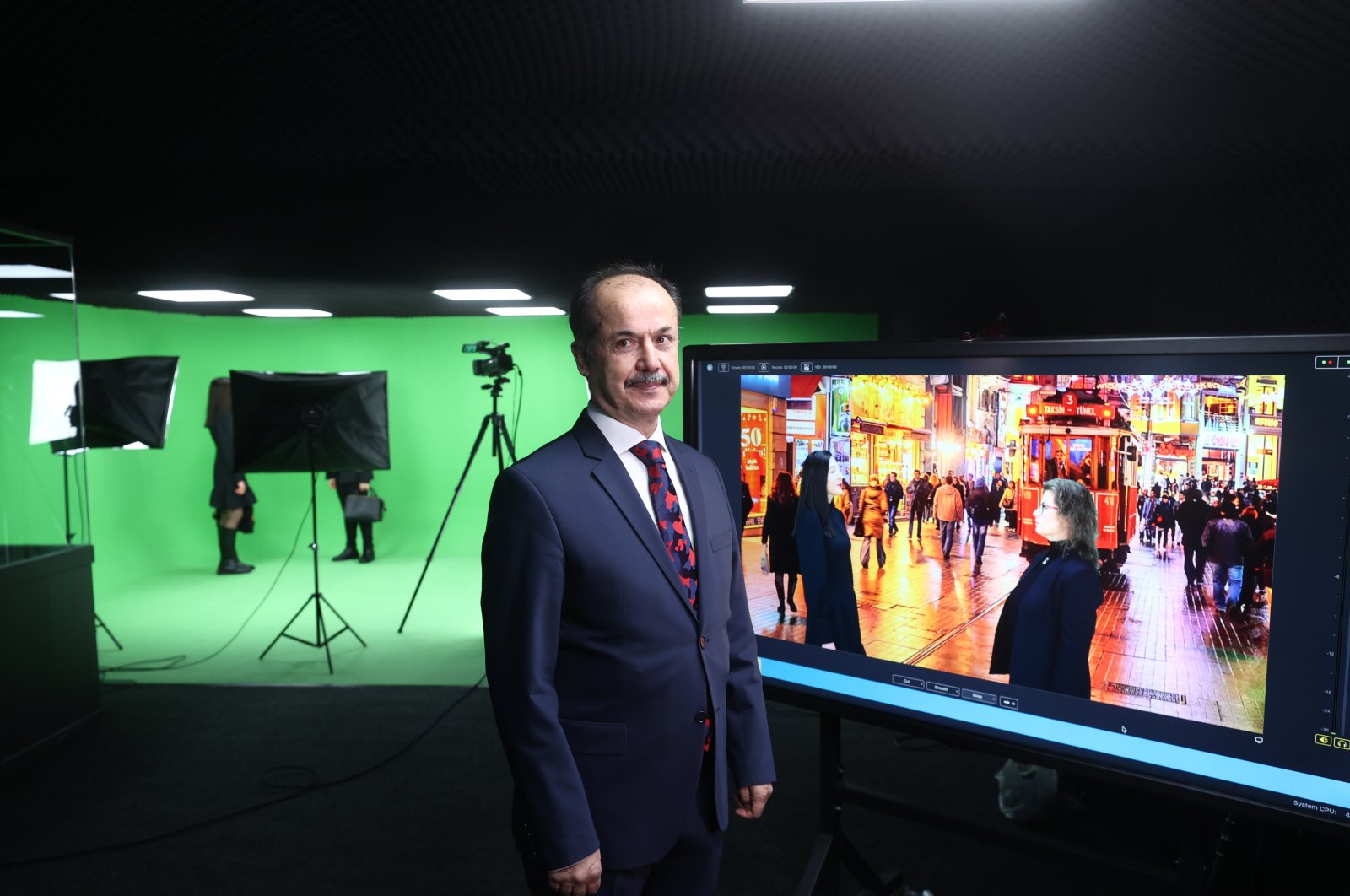 The coronavirus pandemic has affected education, with most in-person education becoming riskier day by day. Therefore, Turkey’s Yunus Emre Institute (YEE), which is charged with promoting the Turkish language and culture around the globe, has started to provide one-on-one language lessons to 60,000 people online using a variety of technological infrastructures.

Şeref Ateş, head of the YEE, told Anadolu Agency (AA) that the group began distance education after its courses were interrupted by the pandemic. They quickly developed their infrastructure and built green box recording studios when they received around 400 applications responding to an online ad for Turkish classes in Italy, Ateş said.

"Right now we give one-on-one lessons to 60,000 people, six hours a week," he said. "These courses are offered all over the world. We reach 5,000 people in Latin America alone. Last week in Kazakhstan, 8,000 people applied after we ran an ad," he explained.

On the content produced in the virtual studio for their YouTube channel, Ateş said, "We produce materials that contain not only pronunciation, but all the grammar rules, and this service is open to the whole world."

"Over the last year, Turkish has risen to the top five among languages ​​learned as a foreign language," he added.

According to Ateş, besides teaching the language, Turkish culture is also taught through distance classes.

Stressing that courses are offered even in countries where the institute has no offices, using the distance education infrastructure and virtual studio, Ateş said: "For in-person courses, you have to rent a place for a limited number of students and send teachers. But this way, we can reach 10 times as many people."

"In addition, we're trying to coordinate on-site education by training Turkish teachers. We're currently continuing this project in the safe zone in Syria," he added, referring to areas near Turkey's southern border. "We will teach Turkish to millions of people by training teachers there," he said.

In the virtual studio at the institute's Digital Culture Center in the Turkish capital Ankara, instructors produce content for beginning Turkish learners. Teachers themselves write the dialogue and act in mini-plays that demonstrate Turkish usage.

Ecem Çelik Türkyılmaz, one of the lecturers for the agency's online videos, said that they aim to help students learn Turkish even without seeing the teachers. "We help them with speaking in daily life situations, which Turkish words they can use and how they can learn grammar in the simplest way possible," she said.